There’s very little Stewart Copeland can’t do. At 68 years young, the veteran artist has amassed a resume that reads less like a musician and more like a renaissance man. He’s written scores for video games and films. He’s made films himself — and even acted in them. He’s written pieces for operas and ballets. And, yes, he founded The Police, proving to the world in less than a decade that he’s one of the greatest drummers of all time.

Lately, Copeland has been bringing his talents to the mic — no, not to sing, but to tell stories. He’s created a new series for Audible called My Dad the Spy, which dials back the clock to the 1940s to trace his father’s involvement in the CIA. With help from his brother and sister, Copeland cracks open the once-locked filing cabinet on his father’s secret past. What he stumbles upon is a wild world of international politics and espionage.

“It makes me smile, and I know it would have made him smile,” Copeland tells me one October afternoon. “In making this podcast, we — my brother and sister and I — kind of remembered what we could remember. And then with backing and resources from Audible, we sought out and found historians who could either disprove or prove or eliminate or fill in the gaps of what we discerned as kids. But, generally, the stories were true.”

So are the stories Copeland told Consequence of Sound as part of its latest 10 Years and 10 Questions series. Below, the Rock and Roll Hall of Famer revisits his entire career — or rather, chips away at the mountain of work he’s built for himself. He revisits his youth in the Middle East, his reasons for creating Klark Kent, the expectations set upon The Police, that infamous exchange with U2, Sting’s wedding, Oysterhead, and so much more. 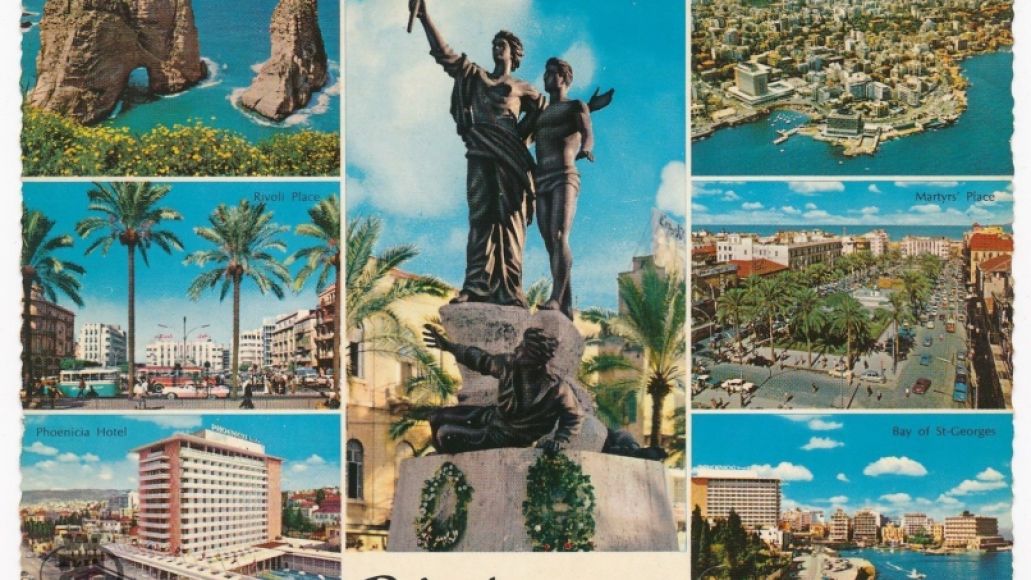 What are some of your most vivid memories of growing up in the Middle East?

Well, playing in my first band at age 12 at the American Embassy Beach Club in Beirut, Lebanon, I suppose, was the starting place. I was playing with The Vultures, playing James Brown, Kinks, Stones, and Animals. And I suppose, even though that was guitar, bass, and drums, American style, I was surrounded by Arabic music all day, every day. And the two types merge together. The two different musical cultures that is. It was my secret sauce, if you like, that I had that rhythmic sensibility that was just a) different from everybody else and b) very useful for figuring out reggae and playing it convincingly.

You once said that you take a lot of inspiration in your melodies from South America and the West Indies. What other areas of the world have proven influential to you?

It’s hard to talk about influence, because that’s very subtle, but others that I’ve been tied to are Bali, India, two regions that are very separate from each other, but each of which has a very rich, intricate, and subtle musical vocabulary, a lot of which doesn’t apply to Western music. Because their scales have notes that don’t exist on our scales and total relationships that are just not a part of our musical vocabulary. So, you can’t hear it in my music, necessarily. But it’s there. It’s informed. It’s inspired by it.

One amazing thing that I can tell a young musician is that it [the desire to make music] never quits. It is still as firing, intriguing, maddening, and uplifting as it ever was. You know, every day — and here I am at sixty-something years old — I walk across the garden to my studio, and I can’t wait to get started on making more music. It just doesn’t run out.

Looking back, would you say Klark Kent was a way to keep writing in the wake of Sting? Did you see it as an outlet for any frustrations?

Well, that’s putting a fancy shine on it. Some songs were really, really cool. And then he pulled out “Message in a Bottle”. By the way, the main thing was that you can’t imagine Sting singing those dumb, puerile teenage lyrics. Could you? It just wouldn’t be right. And so he wrote important songs, and I wrote fun stuff. And actually, when I did record those songs, Stingo was really supportive. He was my biggest fan. He was really encouraging, and, you know, rare praise from old Stingo.

Given his persona and everything, he wouldn’t have been, you know, comfortable singing those songs. So, I made them. You know, this is what musicians do. You’ve got to do the stuff that comes into your head. And it sort of made it easier in The Police to just say, “Okay, you do The Police songs, and I’ve got my Klark Kent thing.” And so we could all play nicely …  for about 10 minutes.

Recently, I unearthed all the magnetic tapes, which I’ve been digitizing. I’m hearing my 4-track Teac recordings. I was considering releasing … it was Klark Kent on the Kryptone label in green vinyl. This would be Klerk Kant on the Craptone Label in brown vinyl, which is the demos of all those. And, by the way, on those same tapes are songs that did end up on Police albums. If the riff was cool, Sting would rewrite the lyrics. And if the lyric wasn’t idiotic, he’d sing it.

Your first world tour visited a number of remote destinations: Mexico, India, Taiwan, Hong Kong, Greece, and Egypt. What do you remember most about this run?

Well, I had a Super 8 camera stuck to my eye most of the time. And decades later, they invented computers. I could digitize all that Super 8 footage. Back in the day, I couldn’t even look at it without scratching it, let alone edit the stuff. So, soon after inventing computers, they invented cheap memory. So, I could Telecine my 52 hours of footage. So, my memories of the world tour are pretty much through the lens of a camera. And then I spent some time cutting those clips into a movie, which I made and released called Everyone Stares. So, pretty much my memory of everything that I didn’t shoot and edit and become familiar with is kind of in a different memory box from the stuff that I can remember that I shot on film.

But the main thing I remember was a pervading anxiety. The traveling part, the working part, the overwhelming part — that was all just in a day’s work. When you’re young, you just do that stuff every day. There’s not enough stuff to do in a day. And what’s the consequence? You know? But the anxiety part had nothing to do with that. It was just this weird kind of social vertigo. The stakes are higher. Anyone else can walk into the room. When you’re in that position, you’ve got to walk into the room and be 10 feet tall. Sustaining that mojo takes calories. 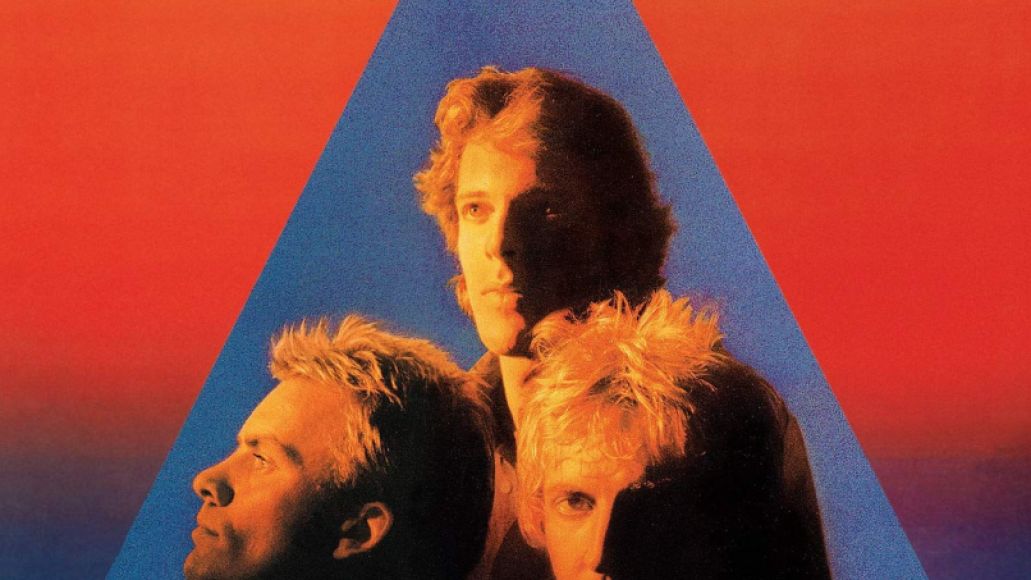 It’s the 40th anniversary of Zenyatta Mondatta this month — most of The Police’s albums, with the exception of Synchronicity, were released in or around October. Was that a happy accident, or do you really love the spooky season?

Hilversum, Holland, recording Zenyatta Mondatta, which is our third album. Our first album, we had all these songs, so we recorded them slam bam, thank you, ma’am. The second album, there’s the old adage that you have your whole life to write your first album and six months to write your second album. And we benefited from that because with less material but lots of mojo, we were so full and confident. Having just carved our way across America with our first record, we were jamming every night, and we were just really in the pocket. So, we went into the studio, and Sting had some really big hits. That’s all we needed. The rest of the stuff we just made the shit up in the studio and had a blast. Okay, that’s another hit album.

Okay, now for the third album, boys. You’re doing well. Now, if you want to go to the top tier, if you want to keep this rocket ship going up, or start seeing the other side of this parabola, we need a really big album and really big hits. And so going to record the third album, that was in our minds more than it ever had been before, and we literally had record company executives in the studio with us chewing their fingernails staring at the floor and listening, ears perked for the hit. And that was kind of a buzzkill. And that was sort of when the anxiety and the vertigo began.

The October thing never crossed my mind until … Like everybody, I run four or five social media platforms, your Facebook, your Instagram, and whatever. Someone organizes the material, and then I look at it all. They set up a week, and then I put some funny captions or a comment on things to personalize it, and then I forget about it. I thought there must be some mistake: we got three albums celebrating their birthday this week? It turns out, yes, three albums did have their birthday this week. So, go figure. I didn’t notice that before. And the next album, Ghost in the Machine, turns out is a birthday present to Sting [laughs].

Stewart Copeland on Passing the Torch to U2, Reuniting The Police, and Spying on His Dad