The Lowdown: After the success of Savage Mode in 2016 and Without Warning in 2017, 21 Savage and Metro Boomin return to the scene with their latest collaborative album, Savage Mode II. Although some time has elapsed since they released their last project as a dynamic duo, both have kept plenty busy on their own, providing the streets and clubs with hit after hit. Savage dropped the highly acclaimed I Am > I Was in 2018 while Metro Boomin has crafted a plethora of hits with his signature trap sound. Featuring guest appearances from Drake, Young Thug, and Young Nudy, there’s plenty of reason why Savage Mode II became one of the most highly anticipated albums of 2020 the moment it was announced.

The Good: The album begins in cinematic form with the masculine voice of God, none other than Academy Award-winning actor Morgan Freeman. He establishes the tenor and tone of the album with a show-stealing intro that immediately raises the already-high expectations for one of hip-hop’s premier collaborative twosomes. “Great men with great ideals can be separated by hundreds, or even thousands, of miles and still be in the same place,” Freeman contends. “They can be years, or even generations, apart in age, and yet somehow find themselves on the exact same page.” Freeman’s narration throughout the entire album is pure genius. He drops provocative jewels of deep philosophical thought that meld well with the street-savvy, trap-house ethos of the artists. With Freeman on board, Savage Mode II seems almost ordained to be one of the strongest releases of the fourth quarter.

Without question, 21 Savage and Metro Boomin create magic together for the duration of Savage Mode II. The Atlanta-St. Louis connection pick up where they left off on Savage Mode, but now both artists have come into their own, survived everything that life could throw at them, lived to tell about it, and over the course of the 15-track album, the results are stunning and ruthless. On “Running”, Boomin’s dark, haunting production is tailor-made for Savage’s rhythmic cadences, casual flow, and unapologetic rawness. You feel the grittiness with each bar and his skills as an MC seem to grow with each track. “Rich Ni**a Sh*t” sounds like a modernized version of Teddy Riley’s New Jack Swing that ruled the late ’80s through the mid-’90s. It’s jamming for sure, destined to be an anthem for ballers everywhere. While 21 and Young Thug both make the song a banger, it’s Metro Boomin’s distinct ear and musicianship that stand out. He is staking his claim as one of the go-to producers of his generation.

Savage temporarily takes off his gangsta persona to reveal his vulnerable side on “RIP Luv”. Metro, along with Zaytoven, another architect of the Atlanta trap sound, adds his church-influenced keyboard work, which creates a perfect sonic backdrop that allows Savage to reminisce about the hurt, pain, and losses that he has suffered. 21 Savage’s nonchalant but precise lyricism and Metro Boomin’s versatility as a producer are a lethal combination and their organic chemistry exudes an authenticity that can’t be faked or denied.

The Bad: Musically, the album is well sequenced, and there is no real filler to speak of. Every track and lyric serves a purpose. While 21’s lyricism has advanced greatly to go with hooks that are as infectious as ever, his subject matter has not changed. He stays in his lane where he waxes eloquently about getting money, getting women, counting money, making sure he has the right drip, and his commitment to being a cold, heartless, gangsta. He excels because he is fully aware of his strengths as an artist, and he refuses to veer away from what works. However, it would have been timely if 21 could have connected the dots with his experience of being a target of the I.C.E. with the calls for racial justice that are energizing young people all across the country. For 21 not to explicitly give his take on the current state of affairs is a missed opportunity.

The Verdict: Savage Mode II officially catapults 21 Savage and Metro Boomin among the foremost rapper-producer duos in the game. Their previous efforts displayed enormous potential, but their latest offering is the fulfillment of it. Unlike other artists, who seem addicted to the spotlight, 21 Savage and Metro Boomin’s low-profile personalities make them iconoclasts, even though they occupy spots as two of the biggest stars in hip-hop. 21 Savage, accompanied by the golden touch of Metro Boomin, have given the hip-hop world their most well-rounded project to date, and they set the bar high for others to measure up to.

Pick up a copy of Savage Mode II here… 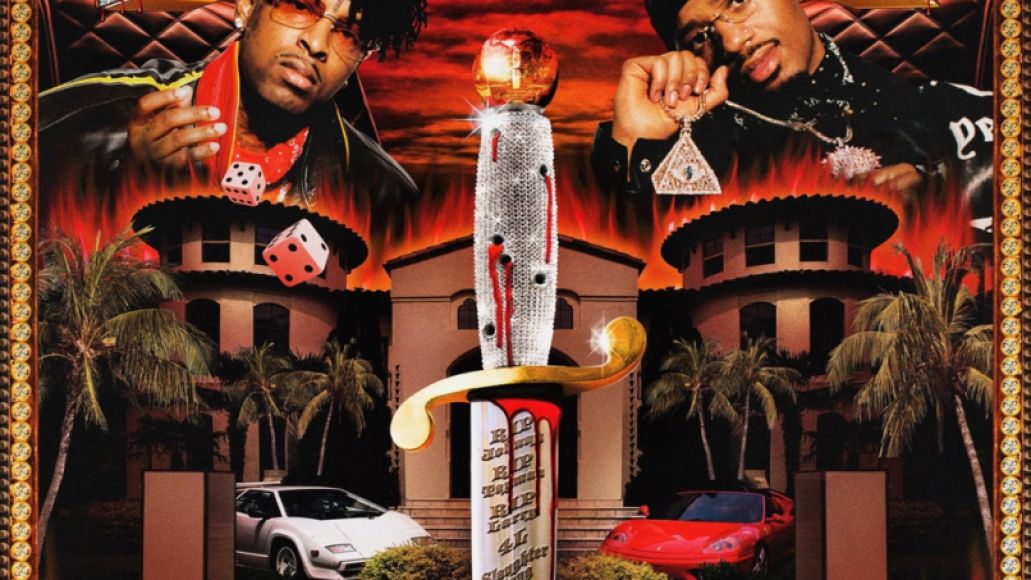