The Lowdown: Future Islands first truly caught the world’s attention with the Letterman performance of “Seasons (Waiting on You)” that brought lead vocalist Samuel T. Herring’s confident and expressive singing style into the viral limelight. This coincided with the release of Singles, their most polished album thus far and an encapsulation of all their post-wave aspirations. Now, two albums and six years later, they’re back again with As Long as You Are, a twinkling and pulsating slow burn that finds them employing many approaches that by now feel familiar to their sound, but still cohesive and captivating.

The Good: It opens with seagulls and it ends with the coast. This is an album that deals with expanse and immensity that feels difficult to conceive of, let alone to face, whether it’s the “impossible dream” of a troubled American landscape in “Born in a War” or the questions of meaning and purpose that set the stage for “Waking”. As Long as You Are takes its time in its expressions of this immensity, prioritizing slow, thoughtful rhythms and buoyant, crystalline atmospheres over anything too pressing or bombastic.

And yet, amid these intense preoccupations, the album for the most part finds Future Islands exercising good judgment in reeling their intentions in. It feels tighter and more directed than The Far Field, and the songs bleed into one another with a cohesive intentionality. The focus of the album falls heavily on its unified atmosphere — a synthy matrix that ranges from haunting and brooding, like in “I Knew You”, to outright bright, like in “Waking”, which acts indeed akin to a wake-up call at the album’s midpoint. For an album so tonally continuous, it does accommodate a fair amount of texture, as well as some incisive and surprising lyrics —  like from “The Painter”: “Sienna yellow/ Fire apple hue/ I’m screaming at the dust, ‘Is this good by you?’”

The Bad: It’s an existential album at its core, which means that it’s asking big questions from the get-go: “Who am I?/ Why do I deserve the sea again?/ After everything I’ve done/ And finding love in the end.” Thematically, As Long as You Are is trying to accommodate a lot — including love, inspiration, violence in America, and The Meaning of All This, which are all rich ideas on their own but can feel like a bit of a reach coming all together. The album looks for a lot of its beauty in absolutes (“I will never keep you from just who you are”), which belies some of the beautiful specificity it finds in smaller and more detailed moments (“West of the Eastern Cove/ Carving the wind/ Dawn of your eyes/ Dust off your smile”). In moments like the former, there are times when the music feels like it’s lingering a little to prop up the lyrics, when the lyrics are not all necessarily prop-up-worthy.

The Verdict: This latest record delivers everything we’ve come to expect from the Baltimore-based band — plucky synths, drama-dripping vocals, and a well-rounded backdrop of sound that sounds like something out of an outer-space orchestra, rather than something mixed over Zoom. The dramatic vocals are still there, especially on tracks like “Born in a War”, but Herring’s growls and passion-propelled dips feel especially controlled and deliberate this time around.

Future Islands Share Track by Track Breakdown of New Album As Long as You Are: Stream

As Long as You Are takes the time for introspection, at a time when the initial mass-introspective stages of the pandemic seem to have reached their dusk, yet when introspection is still a practice that so many of us really need. We can’t control a lot of the things that happen to us or the rates at which we come to understand them. As Long as You Are is a healthy reminder of the worth in taking these rates as they come. Eventually, the moment of clarity arrives — “And the blood began to push me back to life” — but we need what comes before, in order to get to it.

Essential Tracks: “Born in a War”, “Waking”, and “Thrill”

Pick up a copy of As Long as You Are here…

As Long as You Are Artwork 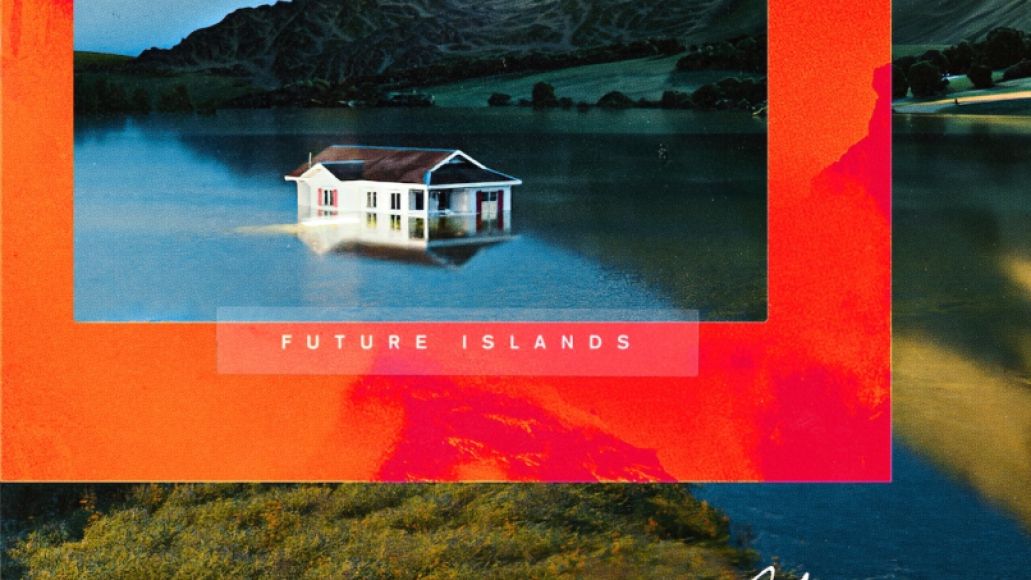 Future Islands' As Long as You Are Is Familiar yet Captivating: Review