The Lowdown: On Shiver, his first solo album in 10 years, Icelandic artist Jónsi presents atmospheric electronic art-pop, which balances uplift with glitchy dread. With band Sigur Rós on indefinite hiatus, and after separating from his longtime partner/collaborator, the singer-songwriter-composer now lives in LA and had his first visual-art exhibition last fall. Those themes of the uncomfortable freedom of dislocation and transition are reflected on the songs of Shiver, which soar, short-out, crash and re-boot.

The Good: While Jónsi’s mystical countertenor voice has often been associated with glacial fjords and forests thick with elves, Shiver evokes dark landscapes that are more industrial and interior. The 45-year-old multi-instrumentalist teamed up with en vogue young producer A.G. Cook, reportedly because he wanted to work with someone who didn’t really know him. The results diverge from the gossamer post-rock of Sigur Rós, with sounds ranging from skittering synths, towering boom-clap beats, anxious avant-garde burbles, and jumbled chimes.

The only constant on the album is its notable variety of textures and surprising structures — often within a single song. You never know quite what’s coming next. For example, on “Wildeye”, the instrumental hook is a discordant storm of mechanical noise and pitched-up whistle — before it gives way to a low-humming, ambient palate over which Jónsi croons verses about a conflicted relationship: “We went too far, we went too far, my straight friend.” In the second half of the song, a four-on-the-floor beat takes over, and Jónsi repeats, “I lose control,” effects making his voice flicker like a rainbow strobe light.

Shiver features two excellent vocal collaborations as well. Liz Fraser of Cocteau Twins joins on “Cannibal”, one of the album’s most bittersweet moments, with the pair intoning, “You know, it’s only out of love” through a cascade of sparkling ’80s synths. Robyn, queen of frigid dancehalls, bounces through “Salt Licorice”, lending staccato sass on the verse and rafter-dusting pleas on the chorus, where their voices sound unexpectedly alike. I’m not sure Jónsi has ever been funny before, but this song is full of deprecating humor as the Northerners riff on their object of desire (“such an icebreaker”) and their “Scandinavian pain.”

The Bad: Jónsi sings mostly in English on this album, as opposed to his native language or “Hopelandic,” the nonsense tongue that leant playful strangeness to Sigur Rós’ post-rock. While Jónsi keeps his English lyrics abstract, punctuated by inventive images, he occasionally relies on repeated platitudes, as on opener “Exhale”, where he extols the listener to “Breathe in/ Breathe out/ Learn to let go” — lyrics that undercut sonic innovation that could already speak emotional volumes.

The Verdict: Shiver sounds like Jónsi, but it also sounds like he and his ethereal falsetto live on the same troubled planet as the rest of us. The album is dynamic and surprising, harsh and soothing, full of placid melodies suddenly spiked with panic — and just as many unexpected moments of doom interrupted by shimmering respite. This is the effective dissonance I experienced listening to Jónsi at this massively, particularly difficult moment.

“I love gay disco!” Jónsi recently told The Guardian, before lamenting all the formerly vibrant clubs that have been closed for most of the year and maybe for good. Listening to Shiver, it’s easy to imagine up-tempo tracks getting remixed as sophisticated, otherworldly club bangers. When we are eventually allowed back onto teeming dancefloors, Jónsi’s swings of melancholic euphoria and piercing wordlessness may hit just right. In that imaginary Then, what will there be left to say?

Pick up a copy of Shiver here… 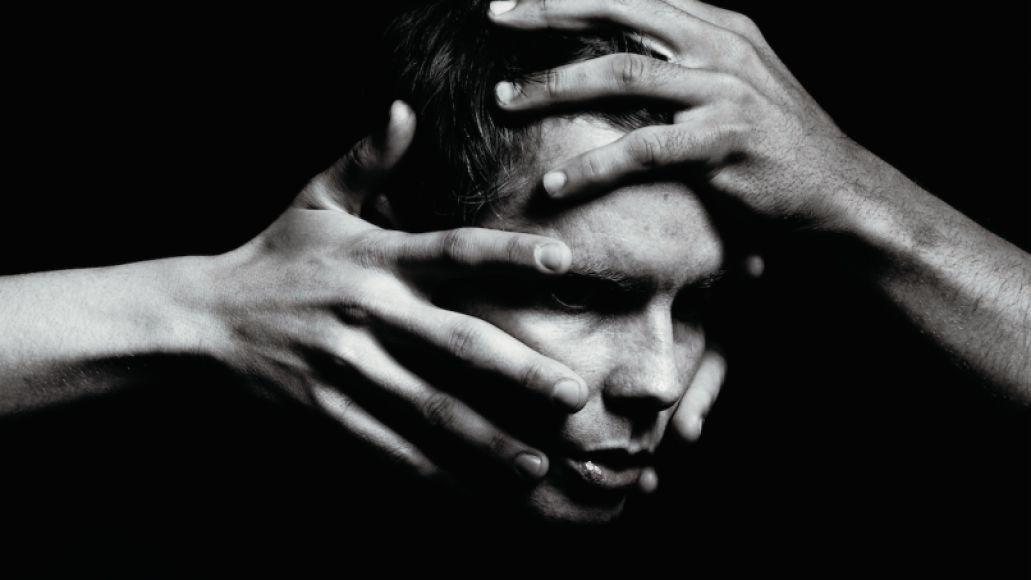 Jónsi Soars and Crashes (in a Good Way) on Shiver: Review