Hulu was so preoccupied asking whether they could reboot the classic kids’ series Animaniacs that they didn’t stop to ask whether they should. Now, in the first look teaser trailer, Yakko, Wakko, and Dot are overrunning an animated Jurassic Park.

The show originally aired from 1993 through 1998. Produced by Steven Spielberg, it followed incarnations of the Warner Brothers themselves, as well as the Warner Sister. 13 all-new episodes are coming to Hulu starting November 20th, and 13 more are expected in 2021. Spielberg returns as executive producer, and his presence comes with certain parodic perks. Jurassic Park is fair game in the new teaser trailer, which finds cartoon representations of Sam Neill and Laura Dern grappling with the titular maniacs.

The short clip opens with a blonde paleobotanist examining images of a certain trio of toons. “Alan, this species of cartoon has been extinct since 1998,” she says. But Alan has already whipped off his sunglasses to stare at grotesque figures on the horizon. Yes, the Animaniacs have returned, as has Spielberg himself to answer some questions. “How zany are they?” Alan wonders. “To the max,” Spielberg replies, before confirming appearances from old favorites Pinky and the Brain. Check out the teaser below.

Hulu’s partnership with Warner Bros. also includes to the Animaniacs original run of episodes, as well as Pinky and the Brain, Pinky, Elmyra and the Brain, and every installment of Tiny Toon Adventures. 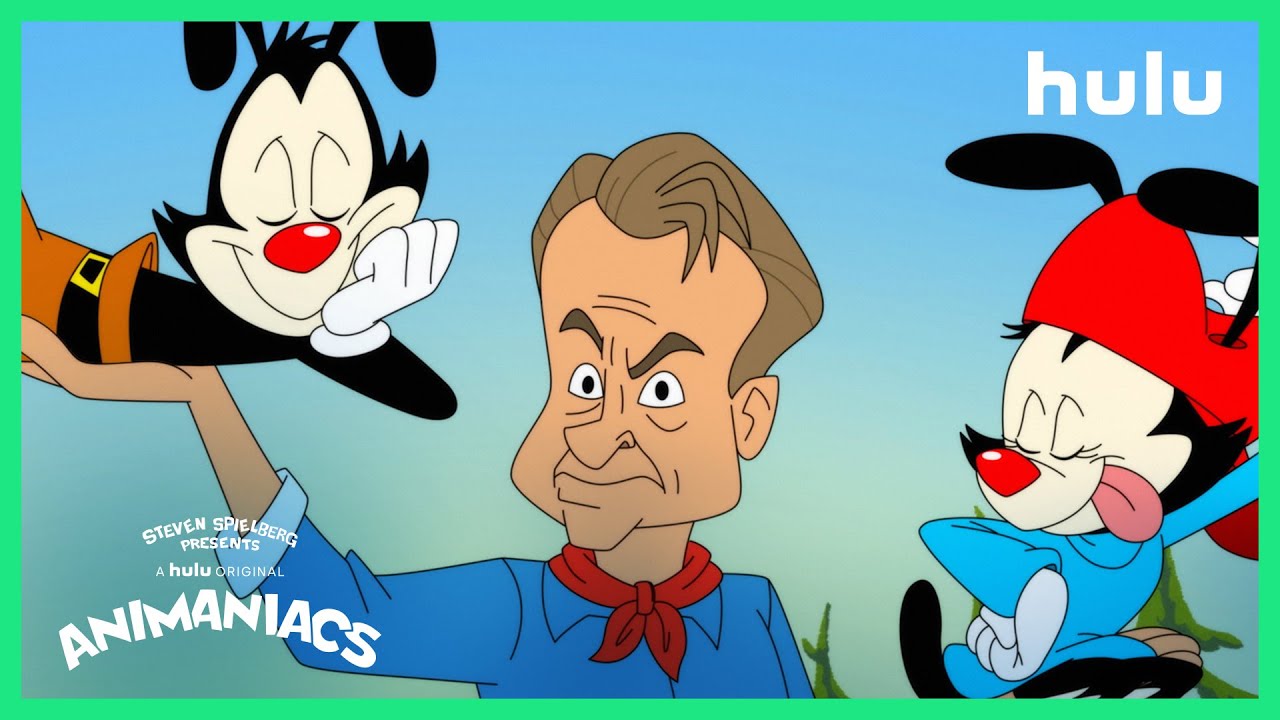