Arctic Monkeys may not be playing live any time soon, but fans can still hit put on their dancing shoes. The British rockers have announced a new charity album called Live at The Royal Albert Hall.

Due out December 4th via Domino, Live at The Royal Albert Hall was recorded on June 7th, 2018 during the tour behind Arctic Monkey’s Tranquility Base Hotel + Casino. The concert doubled as a benefit for War Child UK, a group that works with children who have experienced the trauma of war. The new live album will also serve to support the nonprofit, which is facing a potential £2 million deficit in 2021 because of how the COVID-19 pandemic has impacted its fundraising.

Said Arctic Monkeys in a statement,

“The situation that was bad in 2018 is now desperate and those children and their families need our help more than ever. To enable War Child UK to reduce their funding deficit and continue their valuable work, we are happy to be able to release a live album, recorded that evening at The Royal Albert Hall. All proceeds will go direct to the charity. We thank all our fans in advance for their support of this release and in turn for their support of War Child UK.”

Live at The Royal Albert Hall captures the 20-song set from the 2018 gig, which marked the band’s first UK concert in three years. The setlist leaned heavy in material from Tranquility Base Hotel + Casino — including the live debut of “Star Treatment” — but also included past favorites like “Brainstorm”, “I Bet You Look Good On The Dancefloor”, and “R U Mine?”. Additionally, opening act Cameron Avery also joined the band for a trio of songs: “Four Out of Five”, “Tranquility Base Hotel + Casino”, and “She Looks Like Fun”.

In addition to standard formats, the live album will be pressed on clear double-vinyl. That version will also include an exclusive tour poster commemorating the Royal Albert Hall show. Pre-orders are available via the band’s website.

Find the tracklist and artwork ahead, as well as a trailer for the release.

Over the summer, Arctic Monkey’s “Do I Wanna Know” — which appears on the new live album — became one of only 12 music videos to hit one billion views on YouTube. 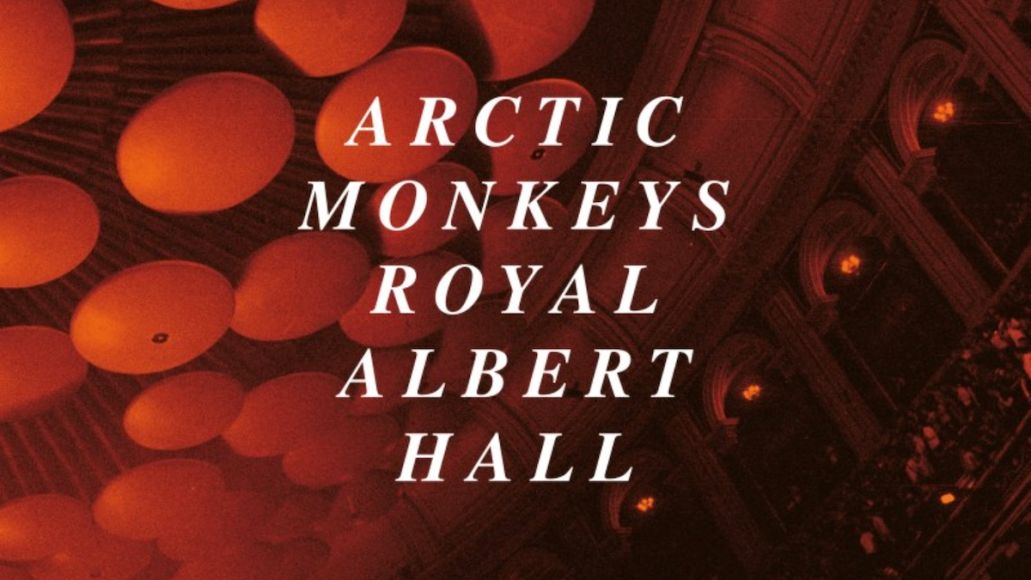