When Saturday Night Live has a genuine stand-up comedian as a host, it can shift the whole structure of the show, which is what happened last week, with Chris Rock, and this week, with less famous comedian Bill Burr. Combined with the season’s endless debate sketches, a longer stand-up-based monologue can reduce the amount of airtime available for actual sketches. Unlike Rock’s gig, the Burr-hosted episode seemed to take some of its cues from Burr’s stand-up material — and with so few sketches making it to air, it only takes a few with common ground to make an episode feel more thematically unified than usual.

In his monologue, Burr poked fun at notions of wokeness and allyship, making his case that white women have hijacked national conversations about equality and that a longer, warmer gay pride month has an unfair advantage over February’s Black History Month. These jokes worked well enough on their own, if not wildly inventive in their development or execution. Burr’s set ended with an abrupt “that’s my time!” without the usual big-laugh button that’s supposed to precede it.

It’s not so far removed from the type of material Rock sometimes favors: acknowledging certain social ills without necessarily giving a left-leaning audience what they think they want or expect. Burr, though, had a whole episode that felt keyed into his lightly satirical yet not fully developed point of view. Then again, maybe Burr is just compatible with SNL’s ongoing struggle to figure out new, less predictable angles on, for lack of a better word to capitalize for faux-importance, The Discourse. 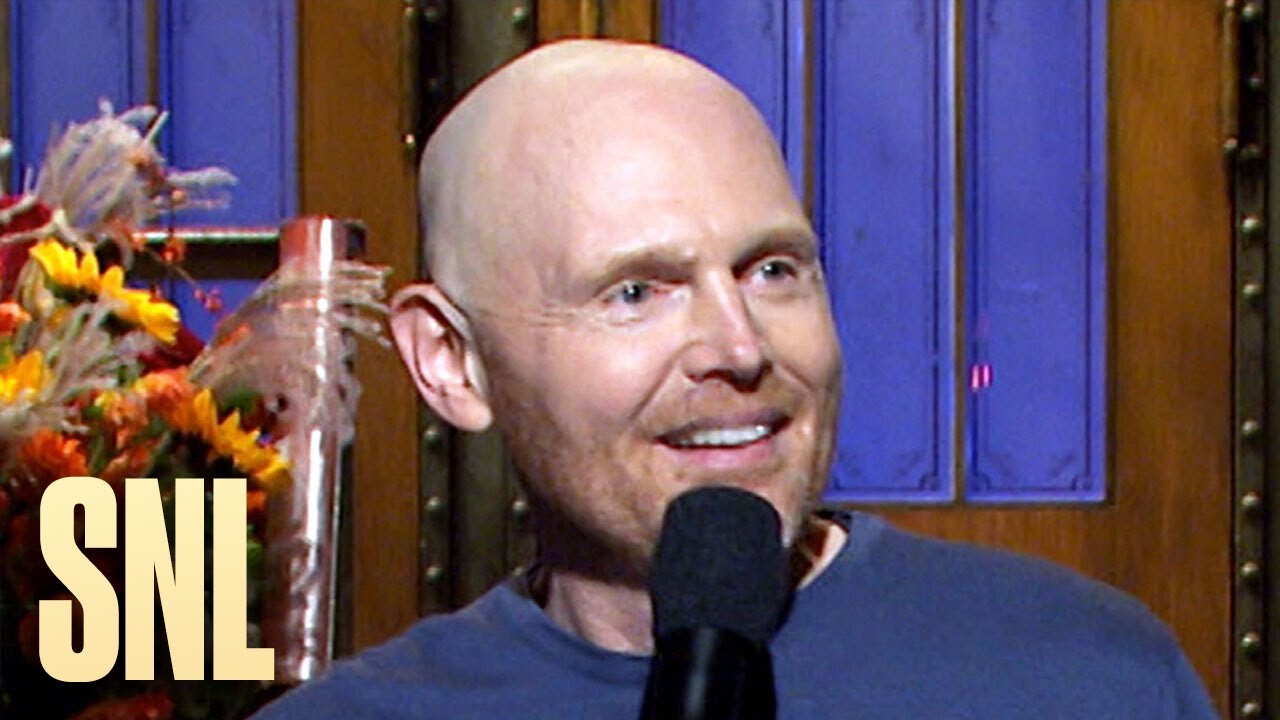 Three sketches toyed with ideas around “wokeness,” representing about half of the night’s sketch output. The most direct representative was “Don Pauly”, where Burr played a mafioso returning from a 20-year absence to find that his mafia goons aren’t so accepting of his racial descriptors, lack of attention to pronouns, and name-dropping of Jamie Kennedy. There was also a sketch featuring Burr as a sportscaster initially oblivious to the latest horrific incident of police violence against a Black person described so attentively by his (Black) co-anchors and a Beck Bennett video piece about an actor attempting to go viral with his anti-Trump, pro-voting screed. 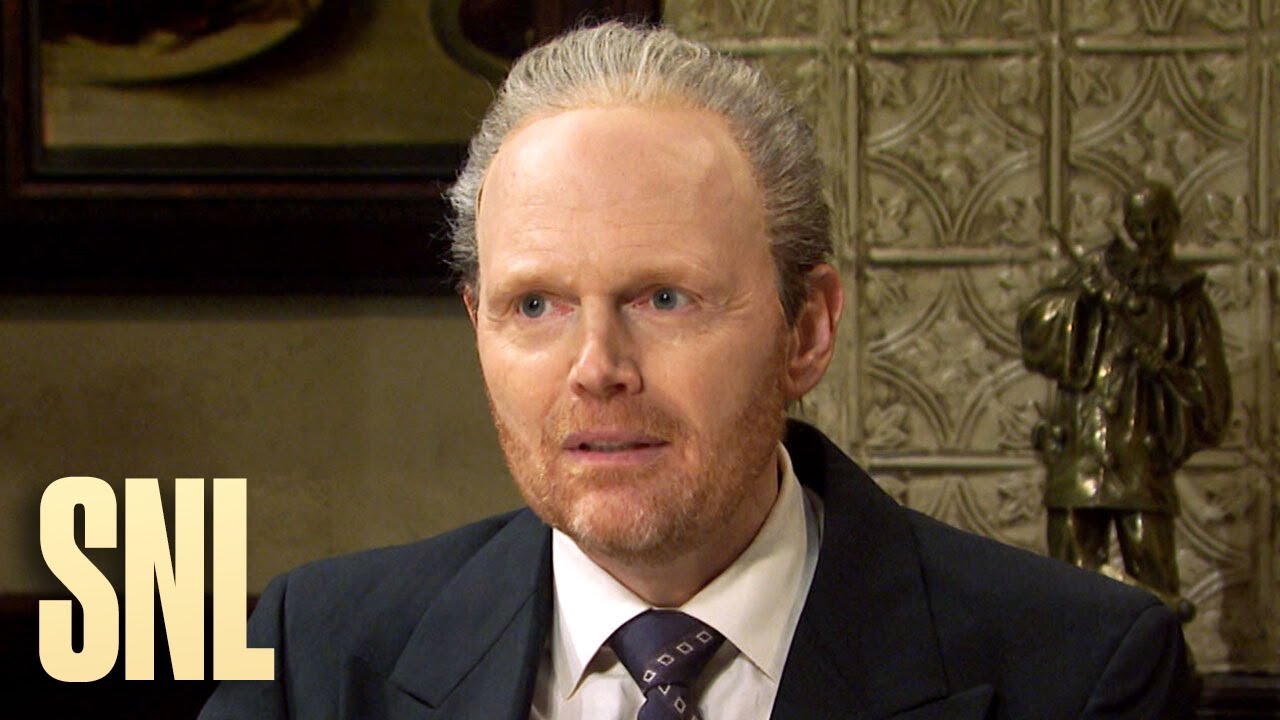 “Don Pauly” represented such a clear, coherent, hooky concept that it’s surprising the show didn’t drop it earlier into the running order: Don Pauly is flummoxed by the surprising wokeness of his old mafia chums, in a scene that pokes fun at the application of social sensitivity in situations that don’t really call for it. Or at least, that seems like the idea here; most likely, Burr and the writers were more tickled by the notion of goomba stereotypes (it’s OK for me to say “goomba”; I’m half-Italian) displaying surprising nuance in the discussion of gender pronouns and ethnic backgrounds. Indeed, it’s the cast’s in-quotes performance of Italian-American gestures and pronunciations that provides both the fun of this sketch and a neat meta-twist to the dialogue about not giving too much credence to unfair assumptions and stereotypes. 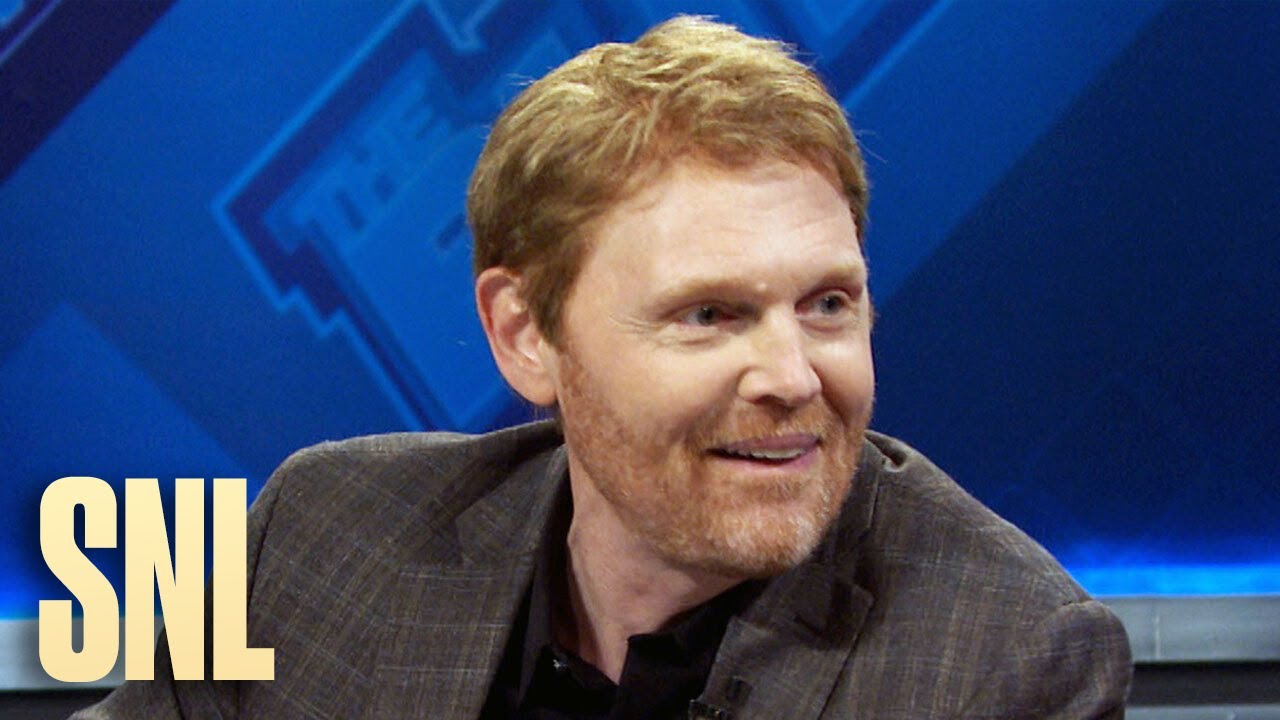 The sportscaster sketch represents a much trickier needle to thread, because it requires two of the three characters to show real-life gravity in describing a situation that rings uncomfortably true while Burr’s white guy panics over the shtick he’s planned out to razz his coworker over a lost sports bet. It’s the kind of sketch that has to risk some discomfort in order to get at anything remotely pointed, and here it doesn’t quite have the big, cathartic laughs it probably needs to get out of the awkwardness with grace. Bennett’s video, meanwhile, is the kind of ultra-specific cultural detritus he and Kyle Mooney seemingly live to collect and spoof, though this very contemporary form of quasi-influencing coming from an attention-coveting D-lister is a few decades removed from the ’80s and ’90s playground Bennett and Mooney usually occupy. Bennett plays a non-star who releases an impromptu anti-Trump rap, only to be told by everyone in his life, in no uncertain terms, that it’s opportunistic, embarrassing, and appalling. 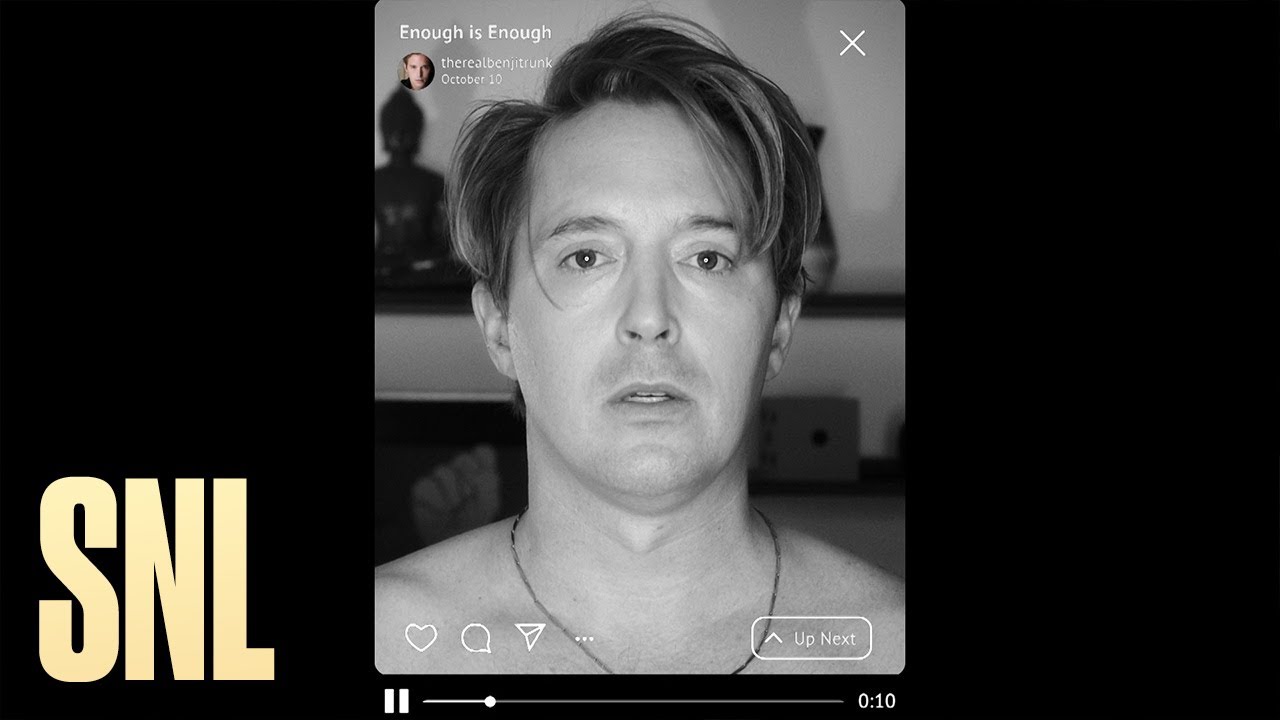 Put together, these three sketches feel like Season 46 grasping for something — something SNL has often been grasping at in recent years, whether it’s with the Jost/Che iteration of Weekend Update jokes or attempts to find “both sides” to their political sketches. In the case of the Burr episode, it’s more social satire than political, and the sketches seemed to derive from an instinct that the show must acknowledge shifting social mores but can’t just sign off on those changes with lots of “clapter”-baiting sketches that congratulate a certain segment of the audience for believing the right thing. These conflicted instincts are perfectly personified by Bill Burr, whose stand-up here recalls a pre-disgrace Louis C.K. in its willingness to exploit an audience’s perceived sense of moral clarity (though the precision of a classic, pre-crypto-right-wing Louis bit seems to be missing).

This style of material seems designed to irritate exactly the kind of viewers who don’t much like SNL in the first place for its decades upon decades of middle-of-the-road, insufficiently radical comedy. Sometimes, goofs on the vernacular of younger people are genuinely retrograde, like the “Millennials” sketch of a few seasons ago that was chockablock with dumb stereotypes. Sometimes, they’re delightfully silly, like the hilarious “Get Woke! with Tamika” talk show sketch with Leslie Jones. Most of the time, it’s somewhere in between, like the three sketches from this Burr episode, all of which oscillate between genuine irreverence and predictable, easy targets. (Making fun of meaningless gestures toward activism, for example, is funny enough, but are narcissistic actors all that fresh of a target?) It’s a constant problem: Regarding “wokeness” with satirical irreverence can feel like the smug, old-fashioned territory of smart ass (and/or aging) white dudes while writing sketches that endorse certain values seems like comedic death. (A touch of earnestness can be a great, unexpected comic ingredient, but building entire premises around it is risky: Look at Kate McKinnon’s character-breaking bit on Weekend Update this week, which was showstopping in the sense that it stopped the show cold for five excruciating minutes.) 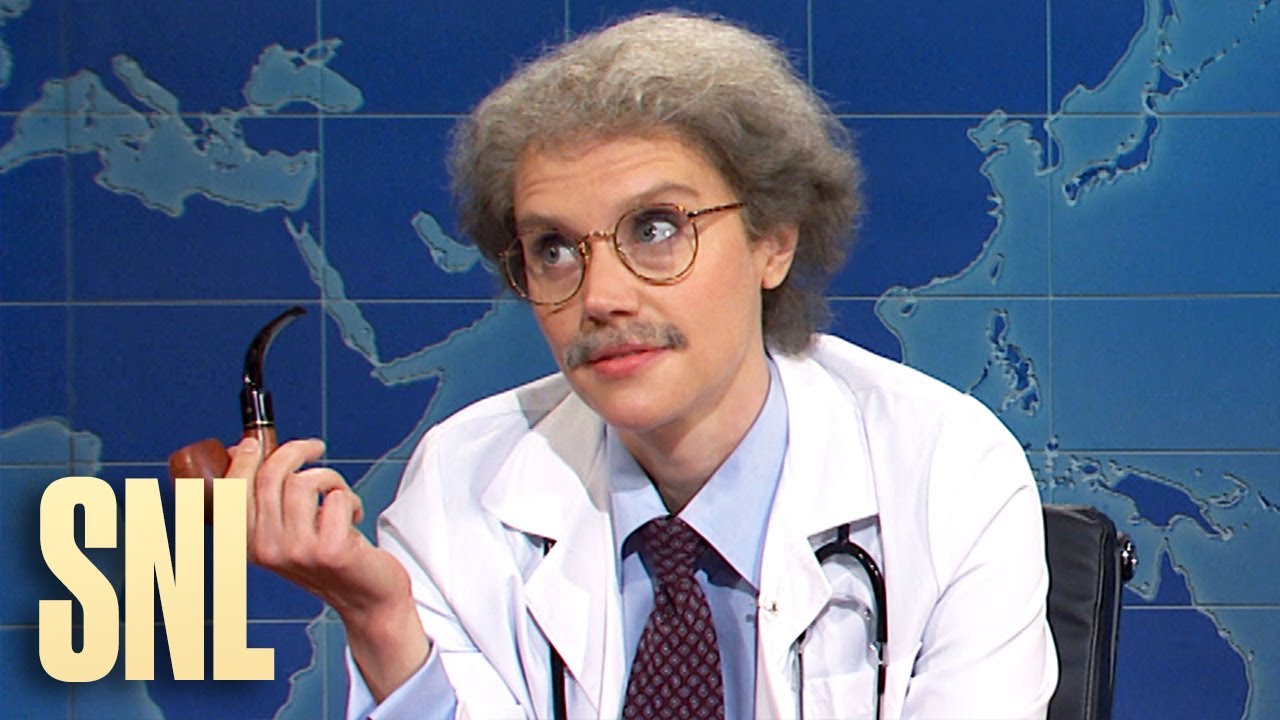 It’s all weird, uncertain territory for the show, which, like Burr, clearly has some attachment to the idea of comedians as truth-tellers who won’t be cowed by political correctness. Is that “Don Pauly” sketch employing familiar rules for a bit of fanciful absurdism, or is it characterizing newer terminology as inherently absurd? One hint that the comedy may not be coming from such a hacky place is the sense that, for example, the sportscaster sketch doesn’t really have a bad guy: Burr’s character is clueless but tries to cover up his sensitivity while clearly nursing a selfish desire to eat the steak he’s ordered for himself to celebrate his favorite team’s victory. The Kenan Thompson and Ego Nwodim characters are good foils for this behavior and not villainized for their grim reactions. In “Don Pauly”, all of the caricatures have a kind of genial ridiculousness. Though none of these sketches are instant classics — in fact, they’re reflective of an episode that had some strong sketch-comedy bona fides but didn’t really notch any major comic highlights — they at least sidestep tedious debates about the rules of comedy, when “punching down” has occurred and whether it’s permissible.

Sometimes, Saturday Night Live is better when it doesn’t punch at all.

SNL Still Isn't Sure How to Satirize Wokeness