Hundreds of musicians including Billie Eilish, Nine Inch Nails, Phoebe Bridgers, and Foo Fighters have thrown their support behind a new Planned Parenthood campaign called “We Need Every Voice”.

While Planned Parenthood provides all sorts of health care for people of all economic backgrounds, the advertisement emphasizes the “rushed confirmation of Justice Amy Coney Barrett” that threatens access to “safe and legal abortion.” It reads,

“United, our voices can change the direction of this country. Voting shapes our lives and has lasting effects. After the rushed confirmation of Justice Amy Coney Barrett, in the midst of a pandemic, we now face a Supreme Court that puts our health and freedoms, including our right to safe and legal abortion, at extreme risk. The damage already inflicted on our country will last for generations. We can’t afford any further assaults on our reproductive freedom — our right to control our bodies. We need your voice.” 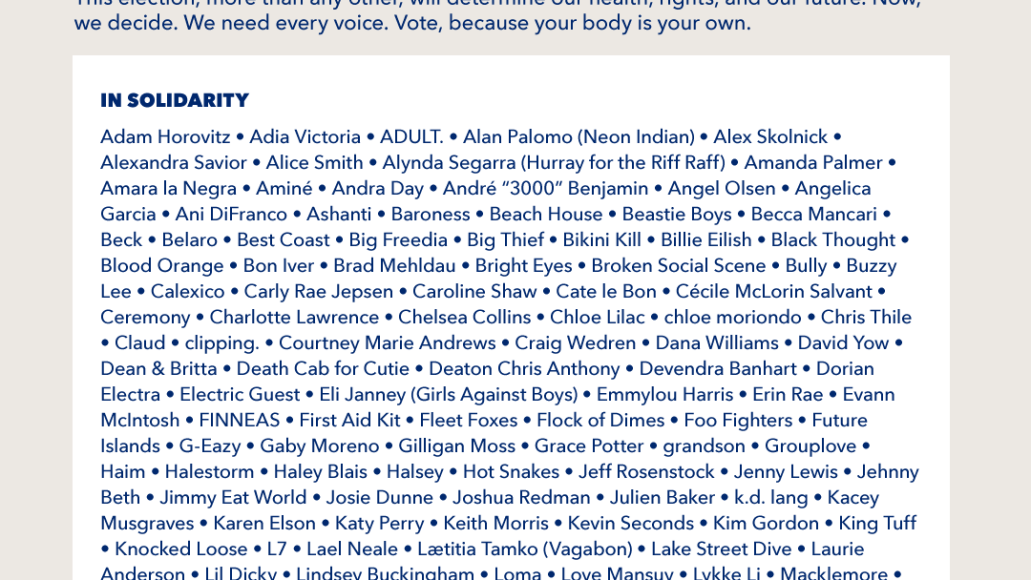