Setting the Stage: With the concert industry still at a standstill due to the COVID-19 pandemic, Corey Taylor announced that he would be streaming a full-production arena show from The Forum in Los Angeles. The “Forum or Against ‘Em” concert was scheduled to stream on Friday, October 2nd, the same day that his debut solo album, CMFT, arrived. Not only would he perform the entire album, but he also promised favorites from his bands Slipknot and Stone Sour, as well as select cover songs.

Taylor’s management team, 5B Entertainment, teamed up with U.S. festival producer Danny Wimmer Presents (Sonic Temple, Louder Than Life, Aftershock) for the show, meaning big expectations were in place. With virtual tickets in their possession, fans typed in their special codes and braced themselves for a full array of live music from the prolific Corey Taylor.

Taking the Stage: Those who tuned in early were treated to a one-hour pre-show, showing Taylor and his band backstage, rehearsing, goofing around, and more. The host, “Beez”, interviewed various members of the band as well as Corey’s wife, Alicia Dove, whose dance troupe The Cherry Bombs were also set to take the stage. The pre-show offered some great insight into the preparations for the show, but then it was time to rock.

Who better to introduce the main event than Mr. Jack Black himself? From his own backyard, the actor-rocker removed his face mask to greet us with, “What’s up, rockers! You ready to rock? Are you ready to release the kraken?” Then in full Jack Black enthusiasm, he screamed, “Give it up one time for Corey ‘Motherf**kin’” Taylor!!”

After a short intro showing Corey and the band enter The Forum, the concert kicked off with “HWY 666”, the outlaw country-flavored single from CMFT. From the get-go, it was evident that this was a high-quality production. The sound and multi-camera video were both superb, as Corey and company performed at the empty Forum, which looked cavernous with no fans inside. Three more new songs from CMFT followed — “Meine Luxe”, “Halfway Down”, “Silverfish” —  as Corey amusingly called out to the empty arena, “Section 82, you’re on fire! We love you!”

While Corey and company played the new album in its entirety, they didn’t do so consecutively or in order, breaking things up occasionally with a cover song or a tune from one of his famous bands. Covers included Eddie Money’s “Shakin’”, Dead Boys’ “All This and More”, and the Eagles’ “Already Gone.”

The acoustic “Snuff” was the lone representative from Slipknot, while five Stone Sour songs made their way into the set, including staples like “Bother” and “Through Glass”. Along with his backing band — consisting of guitarists Christian Martucci (Stone Sour) and Zach Throne, bassist Jason Christopher, and drummer Dustin Robert — Taylor pulled off the Slipknot and Stone Sour songs without a hitch.

At one point, Corey sat at the piano for a pair of performances, one of them the solo song “Home”, which he dedicated to his wife Alicia, and the other the Stone Sour tune “Zzyzx Rd.” As Taylor mentioned onstage, it marked the first time he ever played piano in a live setting.

Among the standout performances from CMFT were the hard-hitting “Everybody Dies on My Birthday” (a sadly true title, considering that Dimebag Darrell and John Lennon were both tragically slain on Corey’s birthday, December 8th) and the heavy single “Culture Head”.

The show ended with a performance of “CMFT Can’t Be Stopped”, the hip-hop infused single from CMFT. Upon introducing the song, an audibly hoarse Taylor declared, “We’re gonna go big, and then we’re gonna go home!” And by big he meant lots of pyro and an appearance by the Cherry Bombs. The rock ’n’ roll dance troupe performed alongside the band, with two of the dancers acrobatically hanging from the rafters. It all gave the set-closing number a very Mötley Crüe video vibe.

When it was all said and done, Corey Taylor and company gave fans a much-needed jolt of rock ‘n’ roll. While nothing will ever replace the feeling of being at a show in person, credit goes to Taylor and his team for providing the next best thing. This was a well-produced, high-quality evening of music that should pave the way for more bands to follow.

Those who missed the stream on Friday can still buy virtual tickets through Monday (October 5th), including bundle packages that feature t-shirts, hoodies, posters and more. Watch the pre-show for free below, and purchase a ticket to the main event via his official website. In addition, you can pick up Corey Taylor’s debut solo album, CMFT, here. 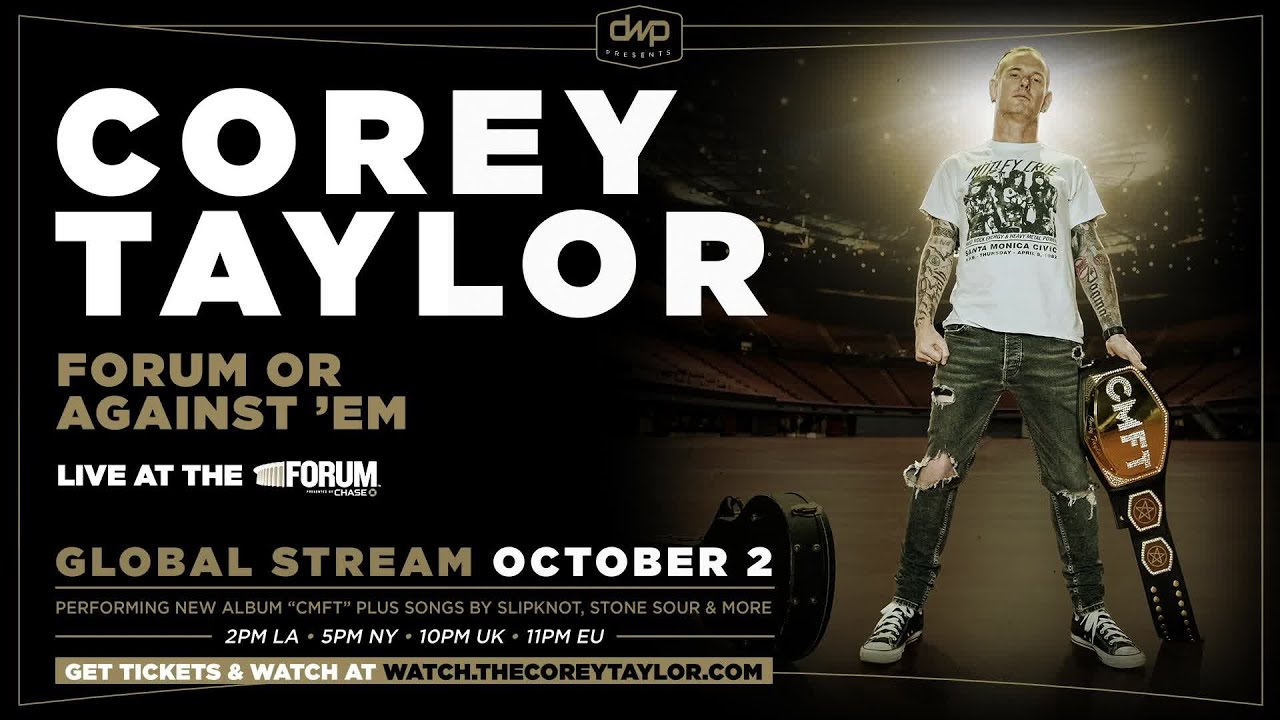 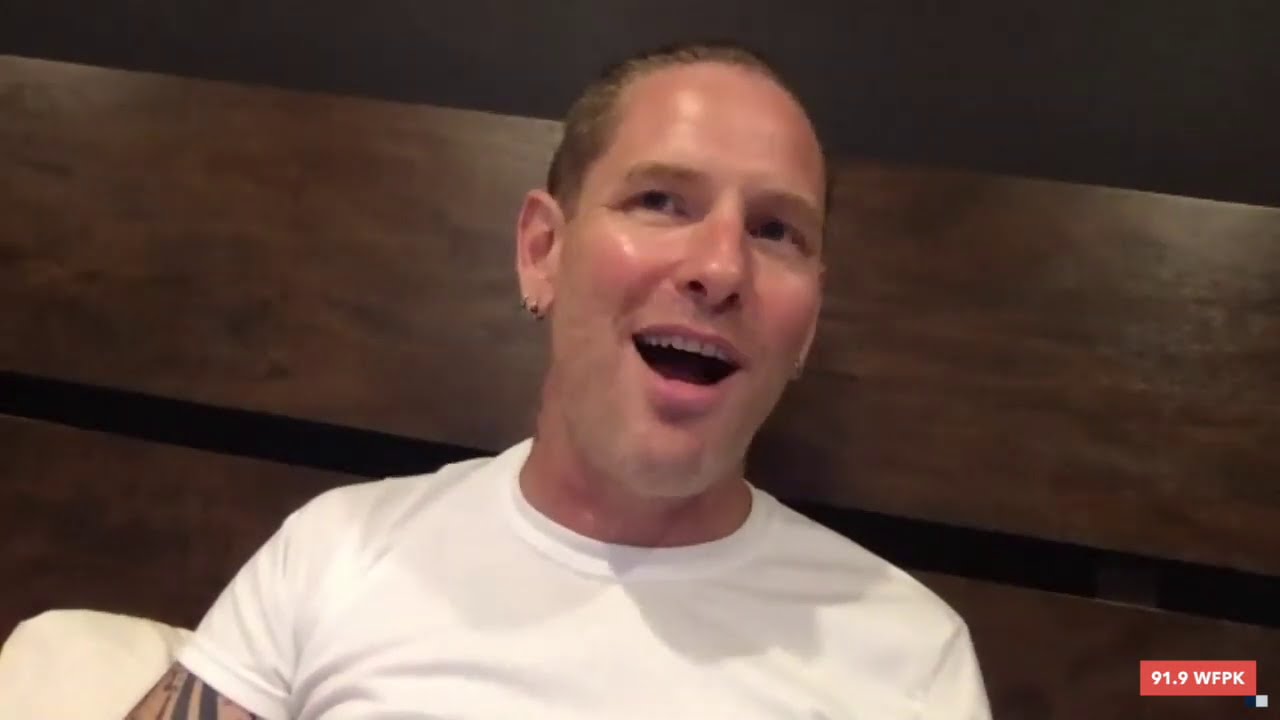