This review is part of our coverage of the 2020 Beyond Film Festival.

The Pitch: Millie Kessler (Kathryn Newton) is a year removed from her father’s death and her family is still grieving. While her sister Char has fittingly taken the role of matriarch, appropriate considering her career in the police force, her mother has taken to the bottle. It’s also senior year for Millie at Blissville High and things aren’t particularly promising; the boy she likes doesn’t seem interested, she’s constantly picked on by teachers and students alike, and she’s anxious at the idea of leaving her mom behind. Keeping her grounded are best friends Josh (Misha Osherovich) and Nyla (Celeste O’Connor). Things take a very sudden turn, however, when she’s attacked by the legendary Blissfield Butcher (Vince Vaughn) with a mystical knife that has them swap bodies. Now, she has 24 hours to switch bodies back or the change is permanent.

A Freaky Friday the 13th, Indeed: Director Christopher Landon already has a hearty following in horror. Although he turned heads with Paranormal Activity: The Marked Ones, he created a bonafide genre staple with both Happy Death Day and its subsequent sequel. It’s through these outings that Landon truly flexed his style, particularly his ability to infuse charm, humor and heart into the horror genre. With Freaky, Landon continues that mean streak by swiftly darting between comedy, drama, and horror, a formula he’s more or less perfected at this point in his career.

Much of this success is indebted to Landon’s supporting team. Composer Bear McCreary offers up an excellently crafted score, while Michael Kennedy delivers a beautifully balanced script. For McCreary’s part, his ability to switch vibes on a dime, all with the simple change of a tune, is not to be taken lightly. Meanwhile, Kennedy’s first feature length screenplay is a promising look at a new genre talent. Not only does the scribe pay loving tribute to the famous slashers of horror history, but Kennedy also isn’t afraid to distinctively and importantly transplant the slasher into today’s world. 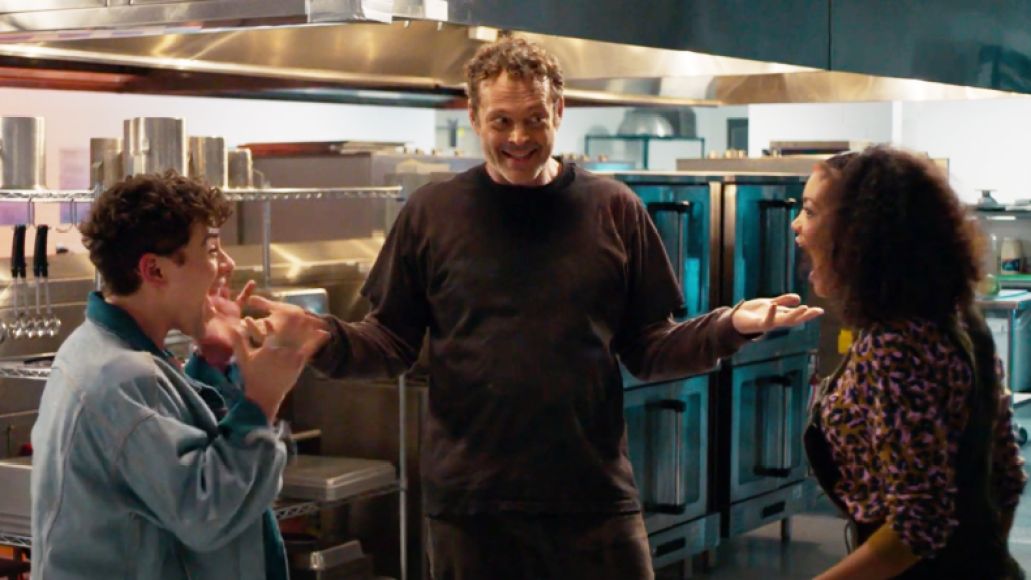 By not shying away from the idea of gender-swapped identities, Kennedy and Landon work in tandem to create a socially important film with progressive humor that always keeps us entertained. For instance, Millie taking in her new body and noting “standing and peeing is kinda rad” is good … but it’s a line like, “She’s got a dick in her hands, you’re wearing Chanel No. 5, I think we’re past labels” that clearly indicates just how smart our crew is behind-the-scenes.

And while the movie comes stocked with memorable kills and laughs, the scene that shines the most is a tender moment between Vaughn’s Millie-possessed body and her love interest, Booker (Uriah Shelton). it’s a bold and declarative statement that love is love, and arguably one of the most important scenes in mainstream horror to date. Not hyperbole. 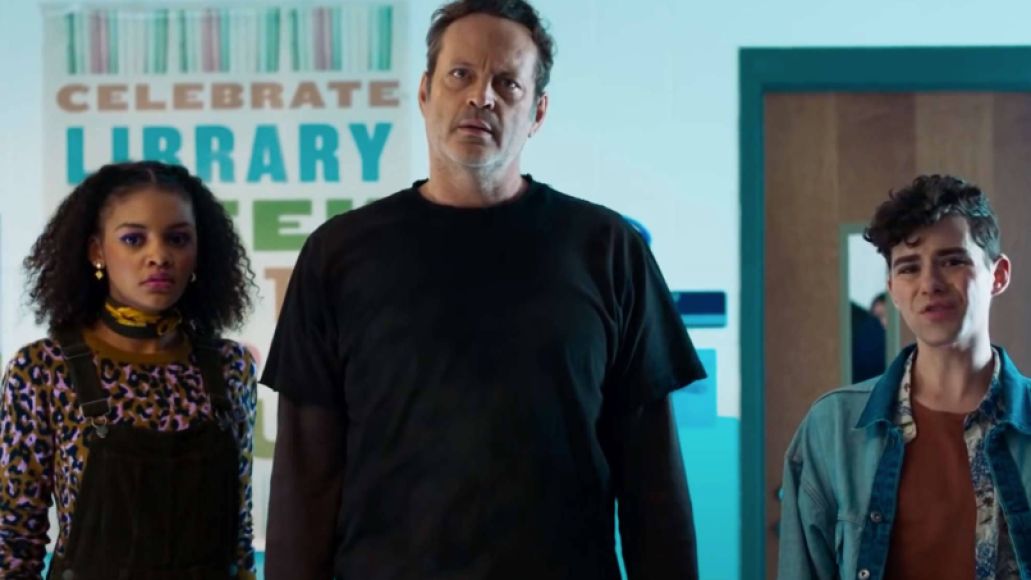 New and Veteran Stars Collide It’s always interesting to see body swap films because actors are given the unique opportunity to fully capture two completely different performances. Granted, Vaughn has been a household name for going on two decades, but it’s refreshing to see him fully embrace this role here. He uses his oft-forgotten pure physicality to be intimidating and frightening when playing the Butcher, but ably captures the essence of a teenage girl without playing into stereotypes or generalizations. In fact, the veteran comic and actor is at his best when he’s sharing the screen with the film’s crew of younger actors.

Elsewhere, Shelton’s love interest Booker is vulnerable and sensitive; Osherovich and O’Connor’s Josh and Nyla gel with wonderful chemistry; and Newton carries her solo scenes formidably. Trading high school angst for sociopathic bloodlust, it’s hilarious to see Newton struggle with the restrictions of her new body, and yet equally awesome to see her takes names in her killer new duds and moves. Beyond the main cast, and on the periphery, there’s the great Alan Ruck popping in for a nasty little cameo, while Melissa Collazo’s mean girl Ryler brings a delightfully hateful little sprite.

The Verdict Freaky is the blood-soaked, heartwarming horror we need right now. It’s a love letter to the genre without ever aping or mimicking it. With an incredible supporting cast and two engaging leads, it’s an out and out blast that finds Landon inching closer and closer to slasher masters like Craven and Carpenter. Where he goes from here is anyone’s guess, but we’ll be waiting.

Where’s It Streaming? Freaky lands on November 13th in theaters.

Freaky Expertly Balances Horror and Humor for a Hell of a Good Time: Beyond Fest Review