The Pitch: It’s not every day that you record the 20th studio album of your half-century career in music. When that time does come, it’s worth memorializing. Such is the case with Bruce Springsteen’s Letter to You, the new making-of documentary now streaming on Apple TV+. Shot last November at Springsteen’s home studio in New Jersey during a four-day recording session with the E Street Band, the film does more than simply capture a veteran band making a hard job look easy. It also gives Springsteen a chance to expand upon and espouse the thoughts on legacy, time, and the creative process that animate the new record’s material.

New Jersey in Winter: While it’s unlikely that Springsteen and his crew opted for a late fall recording date to maximize the potential for cinematic poignancy, that choice certainly didn’t hurt. Blanketed by a dusting of fresh November snow, the New Jersey landscape around Springsteen’s studio becomes a character itself, one ready with one apt metaphor for aging brilliance after another. The twin settings of studio and surroundings are given extra gravitas by director Thom Zimny’s decision to film in black and white. That decision also leads to another piece of inspired filmcraft; while the contemporary proceedings unfold in gray, flashbacks to old concert footage and vintage home movies pop with the film’s only color. It’s a striking reminder that, as time continues on, memories become more vivid than even the world around us.

Ladies and Gentlemen, The E Street Band: For the first time since 1985’s Born in the U.S.A., Springsteen and the E Street Band recorded live studio takes for all songs on the new record, a process which the film documents with a light touch. Shots of Springsteen hammering out a demo on the acoustic guitar or band members debating song structures and timing give way to live takes of songs that, without the need for overdubs or tinkering, sound just as polished as they do on the record. Bruce Springsteen’s Letter to You lets the E Street Band’s work speak for itself. Aside from a few choice quips from the always voluble Stevie Van Zandt (“Gotta get back on our Beatles schedule,” he tells Springsteen from the couch. “Three hours a song. That’s it!”), band members mostly assume the roles of silent craftsmen. Would the film benefit from a few different talking-head perspectives? Maybe. This is Springsteen’s show, though, so he holds the floor throughout. 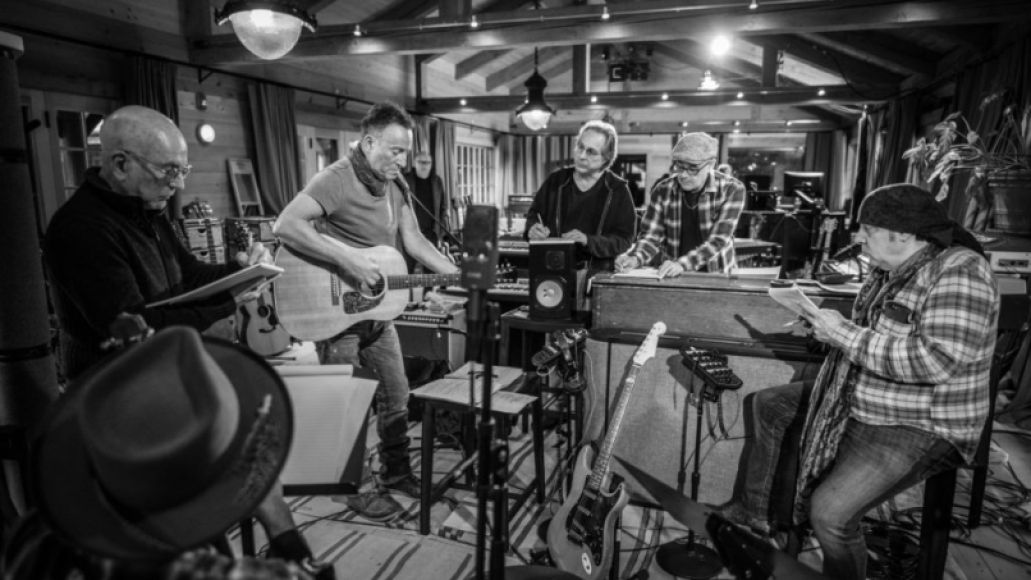 To Absent Friends: The inciting incident behind the creation of Letter to You was the 2018 death of George Theiss, Springsteen’s lifelong friend and fellow member of teen rock band the Castiles. Shadows of Springsteen’s time in the Castiles (of which he is now the last surviving member) flicker throughout the film, as do the spirits of departed E Street Band members Danny Federici and Clarence Clemons. There’s an unmistakable tenderness in the length Springsteen and the band go to keep their fallen comrades’ memories alive. Springsteen refers to Clemons and Federici as simply “members in absentia” during band introductions and takes time to call them to mind during the sessions’ many toast breaks. There’s also a living, breathing sense of continuity in the form of Jake Clemons, the second-generation saxophonist who makes his official E Street Band recording debut during the sessions. Though they may be gone, these men who helped make Springsteen are always also close at hand.

Old Songs Made New: Some of the most informative moments in the film come when Springsteen discusses the decision to resurrect some of his oldest unreleased songs, including ones played during key early auditions with figures like producer Mike Appel (“Song for Orphans”) and Columbia Records executive John Hammond (“If I Were the Priest”). Presented alongside the record’s newer, more streamlined material, the songs offer a contrasting look at Springsteen’s shaggier, more poetic songwriting concerns of the 1970s. The Boss seems to agree. In the introduction of “Song for Orphans,” he muses, “The songs of 1972 remain a mystery to me” before sharing this revealing bit of early criticism: “[Columbia Records president] Clive Davis said someone had called him and told him that if I wasn’t careful, I was going to use up the entire English language. […] That was Bob Dylan.” 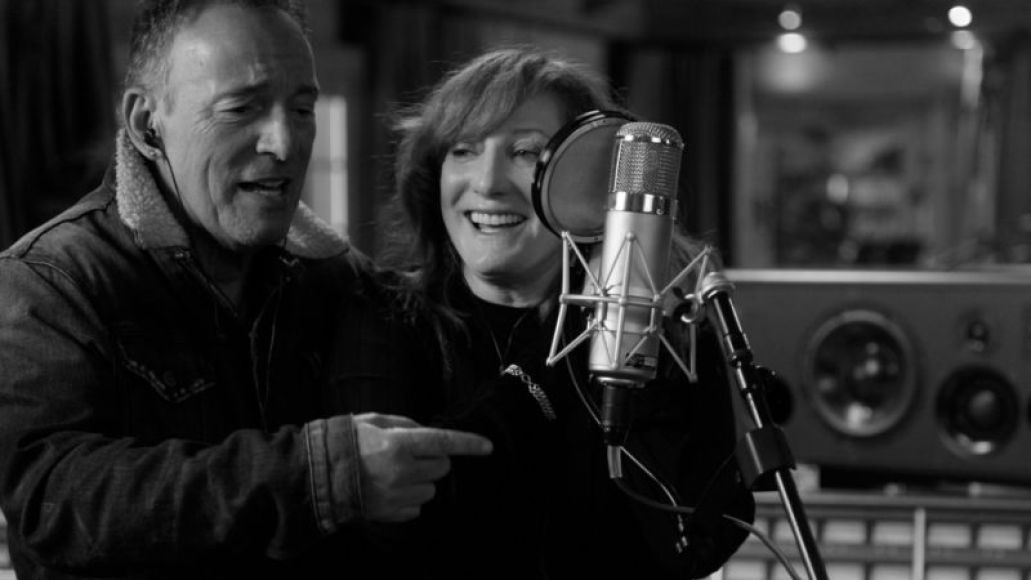 Boss Philosophy: In addition to being a rock legend, Bruce Springsteen also makes for a pretty decent narrator. Between each song, the Boss offers a mix of background information and philosophical ruminations that shed light on the record and beyond. “I’m in the middle of a 45-year conversation with these men and women I am surrounded by,” he offers early in the film, “and with some of you.” These interstitial speeches touch on everything from the transcendent power of pop music (“Life in 180 seconds or less”) to the freeing power of friendship (“I let a certain part of my mind that seems to be reserved for only them to be set free, and I dwell in a house of a thousand dreams”) and add fuel to the “burning need to communicate” that drives Springsteen’s work. The film feels like a summation of a life’s work and a catalog destined to reverberate long after its creators depart. Springsteen puts it another way. “Alright. What can I say?” he says during a final toast as the sessions conclude. “We’re taking this thing ’til we’re all in the box, boys.”

The Verdict: Ultimately, what takes Bruce Springsteen’s Letter to You from bonus-material curio to required viewing is the opportunity it gives Springsteen to make a capstone argument for his continued artistic drive. His insights, mixed with his own already-secured legacy, offer a look inside the mind of a legend that’s valuable for anyone who also feels the pull of creativity.

Where’s It Streaming?: Bruce Springsteen’s Letter to You is now playing on Apple TV+.

Bruce Springsteen's Letter to You Documentary Sheds Light on What Drives The Boss: Review