This review originally ran as part of our Sundance 2020 coverage.

The Pitch: In a bleak, near-future world, a secretive organization uses body-possessing technology to perform corporate assassinations — operatives link into a subject’s mind through clandestinely-implanted microchips, which they then use to take out targets with no muss, no fuss, and no trace back to them. Tasya Vos (Andrea Riseborough) is the best of the best, even as her continued use of the technology leaves lingering flashes of memory from her hosts. Her latest assignment: to take over the body of Colin Tate (Christopher Abbott), future failson-in-law to rival CEO James Parse (Sean Bean), slowly set up a narrative of Colin’s budding insanity, and eventually take out her target. But something goes terribly wrong, and suddenly she and Colin find themselves in a battle of wills for control of their mutual identity. 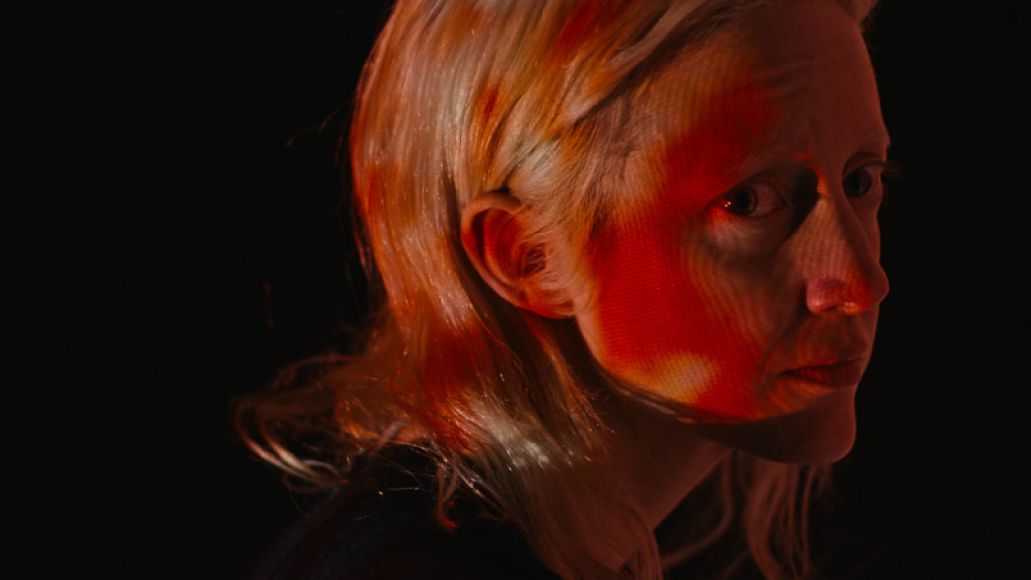 Chip off the Bloody Block: Given all the body horror and heady sci-fi concepts on display, it should come as no surprise that Possessor is derived from a Cronenberg. Brandon, son of David, has already stepped into his father’s footsteps with 2015’s Antiviral, and Possessor sees him continuing that tradition. Like the elder Cronenberg’s work, Possessor keys into a high-concept science fiction idea — what if you were an impostor in your own body? — and turns the gore up to 11.

From its opening scene (more on that later) to its closing moments, Cronenberg loves to crack open the human body to see what kind of grotesqueries lie inside. Bullets explode through men, women, and even children; knives slide almost erotically into people’s throats; severed fingers uncurl from a hacked-off half of a hand. Practical blood and gore effects practically soak the screen, captured with horrifying immediacy by cinematographer Karim Hussein. Anatomy is as much a concern of Cronenberg’s as the intricacies of the human mind, if not more so. 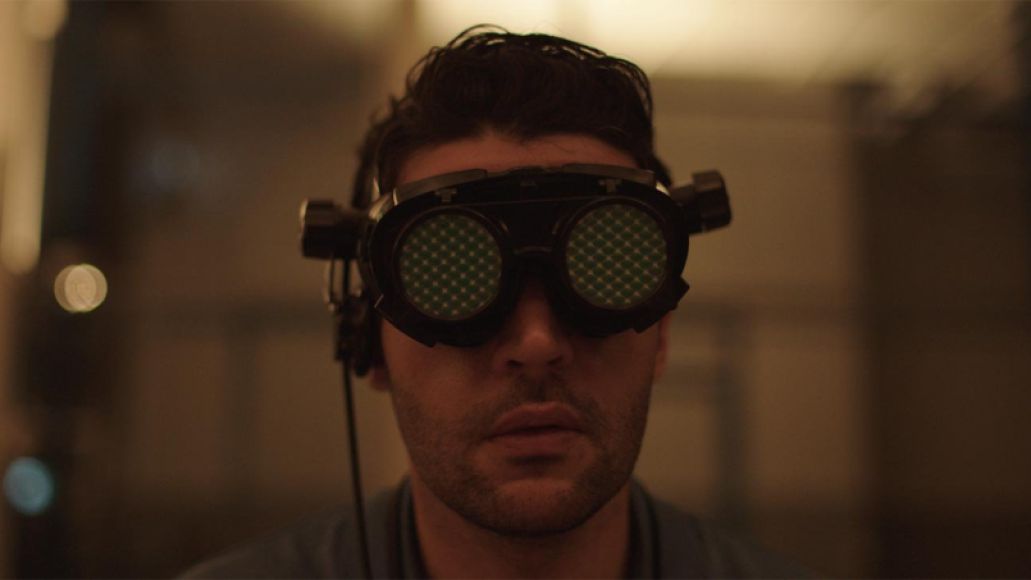 Where Is My Mind? All of this external viscera, of course, plays into the meater subjectivity of Possessor‘s tale of corporate espionage and identity theft. As the identity-blended Vos and Chris, Riseborough and Abbott make an interesting meal out of the pas de deux between competing identities, especially as that thread pulls into greater prominence in the film’s second half. They’re aided, of course, by Hussein’s cold, neon-soaked photography, punctuated by spurts of subliminal editing and eerie practical effects courtesy of Dan Martin and Derek Liscoumb that manifest this battle of wills in suitably Cronenbergian ways. Faces dissolve like melted chocolate or are worn like distorted masks, and strange artifacts flicker and spin in the air (in-camera, no less), only to disappear.

Black Bodies Matter: And yet, even for all its deliberate extremities, there are many moments in Possessor that cross even the most generous lines of good taste. Take the politics of its opening scene, for instance, in which we see Vos (in the body of a black spa employee) kill her target, only to get gunned down mercilessly by police. Seeing someone’s body pulverized in a hail of bullets is shocking enough on its own; that it’s a black body being mutilated by police gunfire feels uncomfortably adjacent to our present political moment without validating itself with a grander statement about police violence. It’s especially jarring, considering that character seems to be the only major character of color in the film. To dabble in that kind of racially-charged imagery, only for the rest of the film to seemingly ignore it, feels tone-deaf at best and irresponsible at its worst.

The Verdict: Like the best of his father’s works, Possessor is meant to provoke and prod at our deepest notions of self and our insecurities about the fleshy meat-bags we find ourselves living in day to day. It doesn’t always work, and the results are more than a little misanthropic (especially given the cruelty of its opening and closing moments). But if that’s your jam, and the prospect of body-swapping assassins coated in guts, gore, and neon appeals to you, Possessor‘s Argento-soaked atmosphere ought to fill that need.