Musicians take their fans through the story of their latest album with our Track by Track feature. Today, Future Islands discuss their sixth full-length, As Long as You Are.

Future Islands return today with their new studio album, As Long as You Are. Stream it below via Spotify and Apple Music.

The sixth album from the Baltimore synthpop band, As Long as You Are follows 2017’s The Far Field. It marks their first effort since upgrading drummer Mike Lowry from touring member to full-fledged bandmate and songwriter. Newly strengthened together, Future Islands co-produced the record themselves alongside engineer Steve Wright at Baltimore’s Wrightway Studios.

Due to the ongoing pandemic, Future Islands won’t get the chance to tour behind the LP, marking the first year since 2008 they haven’t been on the road. That’s why they’re throwing “A Stream for You and Me”, a one-off livestream event celebrating the release of As Long as You Are. Taking place tonight (October 9th) at 10:00 pm ET, the band’s 1,235th live show will feature a “bespoke” light show created by Pierre Claude (The Strokes, Phoenix) and direction from Michael Garber (Bon Iver, Phoenix). Tickets are available here.

Sego Break Down Their New EP Life of Pam Track by Track: Stream

Fans got a sneak peak at the “A Stream for You and Me” setup when Future Islands performed the single “For You” on Wednesday’s Colbert. Other singles off the album include “Moonlight”, “Thrill”, and “Born in a War”.

Below, stream As Long as You Are in full, and read a Track by Track breakdown of the effort as dictated by frontman Samuel T. Herring.

“Glada”:
Ultimately glad is a song about the coming of spring, quite literally, but also the coming of spring in the heart when it feels like winter. And how sometimes when we are given a chance to have love again after many years of not having it, we sometimes don’t feel that we deserve it. Maybe sometimes we’ve never had it. We don’t feel like we deserve it. It’s a song about believing that we are all deserving of love.

“For Sure”:
A song about love and trust and how one cannot exist without the other. How you can’t truly love someone unless you give them that trust, but it’s also about getting that trust back. Those things feed one another and help one another grow, especially in a healthy relationship.

“Born in a War”:
I guess the main issues in “Born in a War” is gun violence in America, patriarchy, toxic masculinity. It speaks to a more rural area that I grew up to where people go hunting on Saturdays and go to church on Sundays. It’s about a war of cultural ideologies that is going on now. It’s been going once when me and the other guys were born, when our parents were born, when our grandparents were born. In a way, it speaks to the cultural war in America that is driven by capitalism and white supremacy.

“I Knew You”:
“I Knew You” is a true story about a night where I walked with someone that I hadn’t seen for five years, and it would be the first time in five years and probably the last time that we would ever walk together. And it’s just a true account of that night. It’s a crazy song. It’s a crazy night.

“City’s Face”:
How a relationship or friendship gone sour can completely change the way you feel about yourself, the people around you, and the city that you live in. How a single person in their actions can change your whole world and make a place that you once loved into a place that you hate and you need to leave.

“Waking”:
It’s a song about sleeping through the world’s problems because you don’t know what you can do to solve them. It’s a song asking myself and others to give anything to get out of bed instead of thinking about what you’re not doing and what you can’t do to help. Just get out and give whatever you can to the people around you, whether that’s just a hello in the streets or a bit of compassion and understanding. Instead of selfishly thinking about what you aren’t doing, it is a luxury just to think about problems that other people are actually going through. Sometimes you just have to give of yourself and ultimately we get something back for ourselves when we give to people. 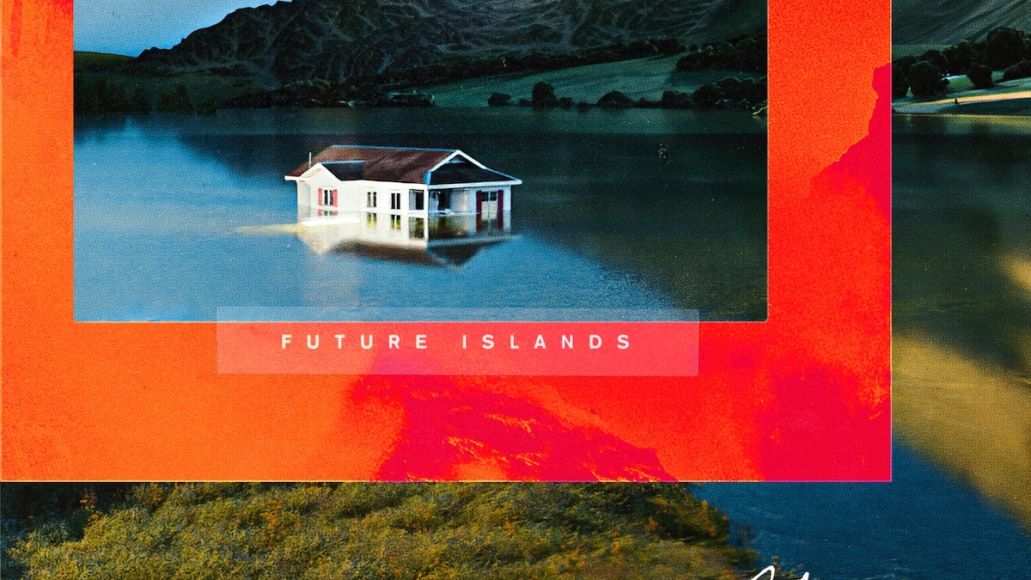 “The Painter”:
“The Painter” deals with issues of race in America, quite literally, you know, it’s the painter. The painter paints the world as they see it, but the painter also paints the world as they want to see it. As a child, I would look at a cloud and say that looks like that to me, and my friend would say, “No it looks like this.” I wondered how we can look at the same cloud and see something completely different. And as I grew older and studied art, I always thought how if you could actually create an image that the whole world would see the same. But thinking about this, I realized how art is subjective. People are going through so much in this world, people are struggling. Black Americans have been targeted and harassed by police for decades, centuries. And there’s a whole group of Americans that don’t see this as a problem and don’t see it for what it really is. And I wonder how we can look at the same picture and see something so different. So “The Painter” is ultimately about how art is subjective, but people’s lives should never be.

“Plastic Beach”:
“Plastic Beach” deals with issues of body image, body dysmorphia, self-loathing, self-deprecation. These are things that I deal with, but I think a lot of people are out there that deal with issues with their bodies, issues with how they view themselves, and fears of how others view them. We don’t always give ourselves enough love and sometimes we don’t even trust the people that we love the most to tell us when they tell us that we’re beautiful, that we’re beautiful to them. It’s not only about accepting yourself, but it’s about accepting the love that’s given to you and trusting the people that you love to be honest with you. It’s about accepting love and accepting self.

“Moonlight”:
It’s about love and depression. It’s about being loved for exactly who you are, even when you’re going through your ups and downs. I mean, so much of depression is this internal battle, because it affects our lives it also affects our relationships as well. So I mean, “Moonlight” is really about being in a relationship where I have someone who accepts me for these things, who sees that this is a cloud that passes and that it doesn’t define you. It’s about accepting the people that we love, for who they are, warts and all. It’s not only about having that person who accepts to you but also remember that we also have to give that same love back.

“Thrill”:
“Thrill” is about social anxiety, self-isolation through substance abuse, alcohol abuse. It takes place in Greenville, North Carolina, and my issues with drugs and alcohol. It made me go away from my friends. Thinking about those days and realizing, it wasn’t my friends who left me behind, but it was myself that hid in my own dark shadow and I really was leaving my own friends behind. It’s about all of these social issues in the South, the systemic racism of the South, and once again, that toxic masculinity growing up in these environments. And it’s about all of those feelings rising up inside of you until it’s until you feel like you’re drowning, and that’s the Tar River, which runs to the north of Greenville and it runs through the city on the north side and is a great polluted river. So really, it’s about the problems of America, that we internalize, bubbling up inside of us, and trying to drown us.

Future Islands Share Track by Track Breakdown of New Album As Long as You Are: Stream