Motörhead’s Ace of Spades album is the stuff of legend, so who better to unbox the new 40th anniversary deluxe edition than a legend himself? Hardcore-punk icon Henry Rollins does the honors in a new video released by Motörhead’s camp.

As previously reported, a deluxe box set of Ace of Spades and other anniversary editions of the 1980 classic will arrive on October 30th. The deluxe box set includes the original album remastered plus two concert LPs; a collection of B-sides; a 40-page book; an EP of instrumental tracks; a DVD; a comic book; and much more.

Before opening the box, Rollins gives a little history on both Motörhead’s discography and box sets, in general, saying that most box sets don’t live up to the hype. However, the one-time Black Flag frontman expresses full excitement about the Motörhead set, detailing each item before even cutting open the box in which it was shipped. In essence, this is a double unboxing, one of the shipment and another of the box set itself.

Rollins then goes total fanboy upon getting his hands on the box set for the first time, exclaiming, “Whoa, there it is! This is gorgeous. Ohhh, the weight! There’s a lot of vinyl in this box set. Aren’t you stoked? We are getting unreleased Motörhead on vinyl. Are you kidding?!?”

Biopic on Motörhead’s Lemmy Kilmister in the Works

From there, he opens up the deluxe box set, offering up his praise for the album throughout the video. “This is just one of the more brain-damaged records I ever heard,” he says. “The rhythm section, Lemmy [Kilmister] and Phil [“Philthy Animal” Taylor], were so great on this record… and also, visually, they were just three complete badasses.”

The various 40th anniversary editions of Ace of Spades are available for pre-order via the official Motörhead webstore or Amazon. And if you’re feeling lucky, we’re giving away the “super deluxe” box set. To win Motörhead’s Ace of Spades super deluxe 40th anniversary box set, simply enter using the widget below. Note: If you do not see the widget, click here to enter. 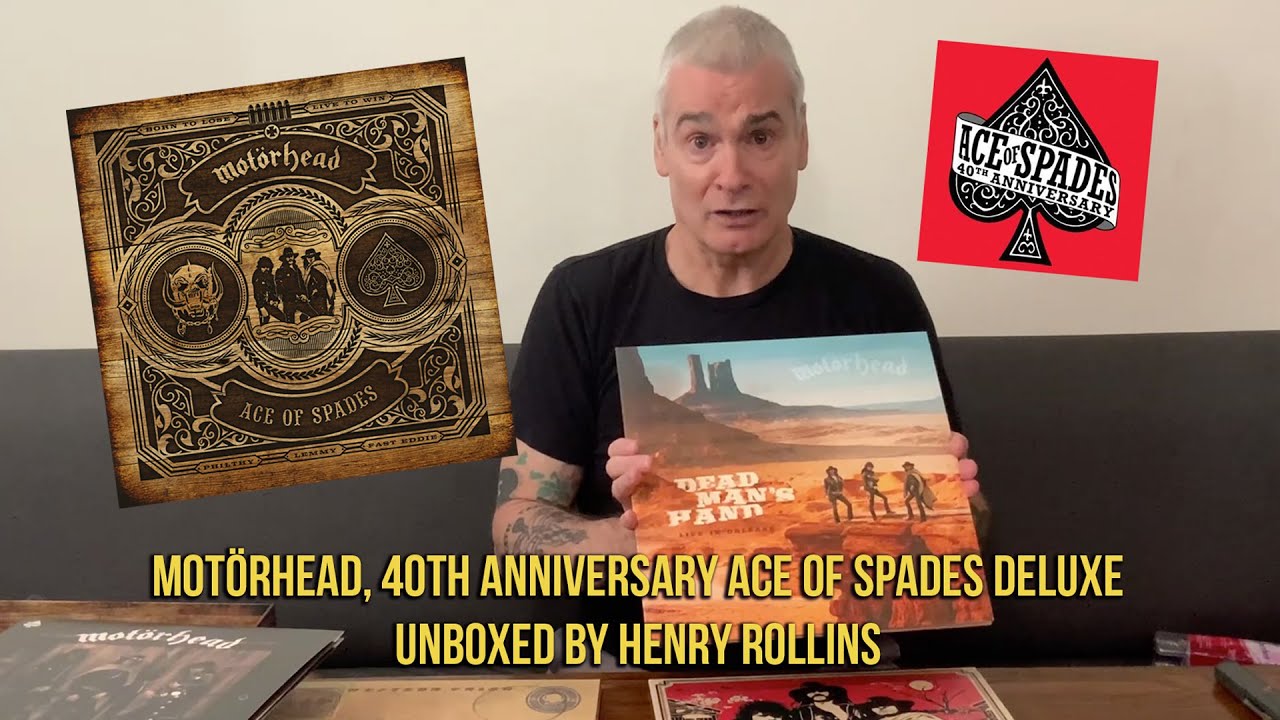