For fans of tightly-choreographed action scenes and lovers of dogs, the John Wick film franchise has been mandatory viewing for over half a decade. Now, as Variety reports, Lionsgate has announced a brand-new adrenalized experience in the form of the “John Wick: Open Contract” roller coaster, coming to Dubai next year.

This ten-story tall thrill ride is just the latest addition to the Motiongate theme park in the United Arab Emirates. And while it won’t actually be arming the park’s guests, “Open Contract” includes several elements to make you feel like you’re the one holding the gun (or knife, or pencil, or nothing at all). To start, it’s set at a scaled-down replica of the Continental, the underworld sanctuary that plays such a key role in the films. Then, the coaster itself offers two unique ride experiences: one as Wick himself, and one as his victims.

According to Jenefer Brown, a Lionsgate suit with a title that’s too long to print (fine, it’s ‘executive vice president and head of global live, interactive, and location-based entertainment’), the ride was designed in collaboration with the filmmakers and production designer. She said,

“I think what’s going to be amazing for fans is to have the opportunity to walk through the lobby of the Continental and experience different key moments in the settings that took place in the films. This attraction in particular is really about setting the story by putting people in this very immersive environment, and then you really get the action as you get on the coaster. It’s 10 stories high, so there’s definitely a level of intensity that’s befitting of the John Wick franchise that guests will experience.”

The actual opening day hasn’t been announced, as Lionsgate implied that it could vary based on the state of the coronavirus pandemic. Motiongate already has a Hunger Games roller coaster, a music and dance attraction based on Step Up, and is currently constructing a ride based on Now You See Me set inside a Dubai casino. Brown said that, “Hopefully in the not too distant horizon, we’ll be able to bring some of these larger scale experiences here,” but added that it’s “a matter of finding the right opportunity and in mature markets like North America or Europe those aren’t as frequent as in other parts of the world.”

In the meantime, John Wick 4 will be filming back-to-back with John Wick 5. Production could start early next year. There’s also a  a female-led spinoff called Ballerina in the works, as well as a  John Wick-inspired TV series in development at Starz. 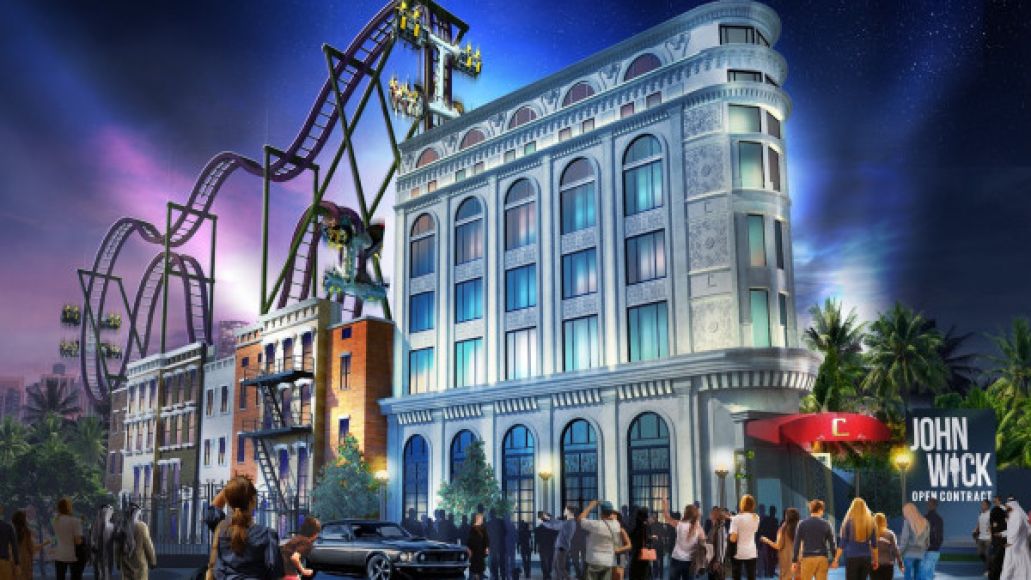