M. Ward released his latest album, Migration Stories, back in April of this year. Now, he’s already set to return with more new music — well, new takes on old music, at least. Ward has announced a Billie Holiday tribute album called Think of Spring, due out December 11th via ANTI-.

The collection is a reimagining of the majority of Holiday’s 1958 record Lady in Satin, along with the classic “All the Way”. Ward previously performed all the Lady in Satin tracks during a Los Angeles show in 2018. That concert was done with a quartet, but for Think of Spring, he deconstructed the songs for acoustic guitar using alternative tunings and recorded mostly to an analog Tascom four-track.

“I first heard Lady in Satin in a mega-shopping mall somewhere in San Francisco,” M. Ward said in a statement. “I was about 20 years old and didn’t know much about Billie’s records or her life or how her voice changed over the years. Anyway, the sound was coming from the other side of the mall and I remember mistaking her voice for a beautiful perfectly distorted electric guitar — some other-world thing floating there on this strange mournful ocean of strings and I was hooked for life.”

As a first listen to Think of Spring, Ward has shared a version of “For Heaven’s Sake” performed in a modified open B. Take a listen below.

M. Ward on How the Music Industry Takes Advantage of Artists

Think of Spring, which takes its name from a 1924 Jane Brown-Thompson poem that was the basis for opening track “I Get Along Without You Very Well”, is also a benefit album. Proceeds will go to Inner-City Arts & DonorsChoose through the PLUS1 for Black Lives Funds. Per-orders are available here, and the artwork and tracklist are ahead. 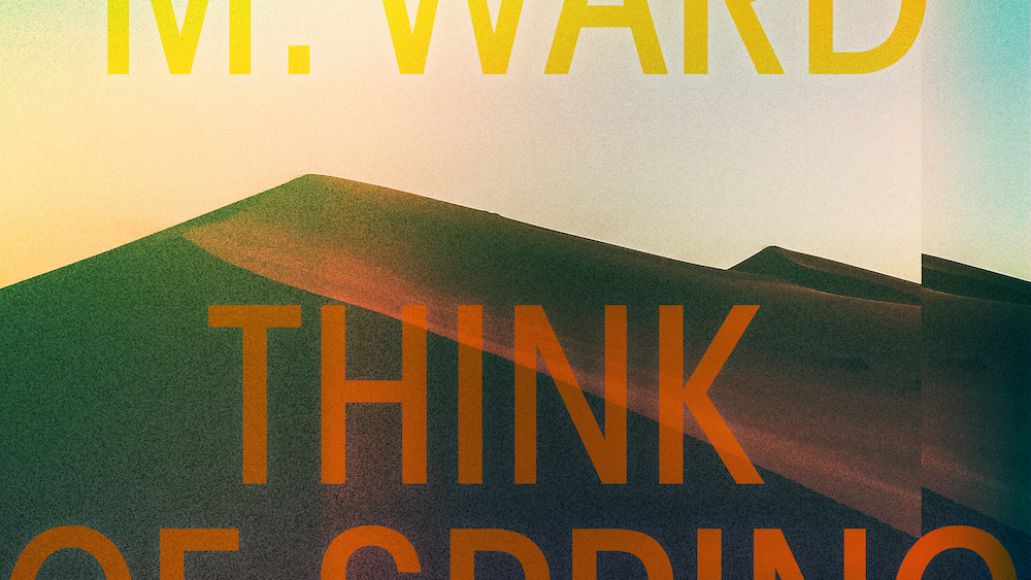