The best rock and roll story of the year just got even cooler. The 10-year-old wunderkind Nandi Bushell has written an original theme song for Foo Fighters frontman Dave Grohl called “Rock and Grohl”, making it the latest delightful update in what’s now a legendary and lovable rivalry.

Bushell and Grohl started playing a game of musical tag when the former uploaded a video of herself cover Foo Fighters’ “Everlong” and challenged Grohl to a drum battle. Not only did he respond praising her skill, but Grohl also jammed to Them Crooked Vultures’ “Dead End Friends” in the clip and challenged her to do the same — which she quickly did. So the seasoned rocker admitted defeat and penned a theme song for Bushell to honor her talent, and it seems Bushell felt inclined to do the same for Grohl.

“Mr Grohl, the song you wrote for me was truly, truly EPIC! You really are LEGENDARY!” wrote Bushell. “I wrote a song for you to say THANK YOU! I made up and played all the instrument parts myself, just like you! It’s called ‘ROCK and GROHL, The EPIC Battle’! I hope you love my song, as much as I love your song for me! Whoever wins this round, it’s been an HONOUR to battle you. The Rock Gods of old are happy!”

In addition to writing and performing the entirety of “Rock and Grohl” herself, Bushell got to record the track in a real studio, Metropolis Studios, alongside two producers who taught her how to record instruments. She called the occasion “one of the best experiences of my life.”

Queens of the Stone Age Wowed by Young Girl’s Drum Cover of “No One Knows”: Watch

This isn’t even the only interaction with a high-profile artist Bushell has had in 2020. Earlier this year, she was gifted a signature guitar from Tom Morello after he saw her tenacious rendition of “Guerrilla Radio” in support of Black Lives Matter. She said thanks by using the instrument to cover Audioslave’s “Cochise”. A month later, she received praise from Kirk Hammet for her full-band cover of Metallica’s “Enter Sandman”. 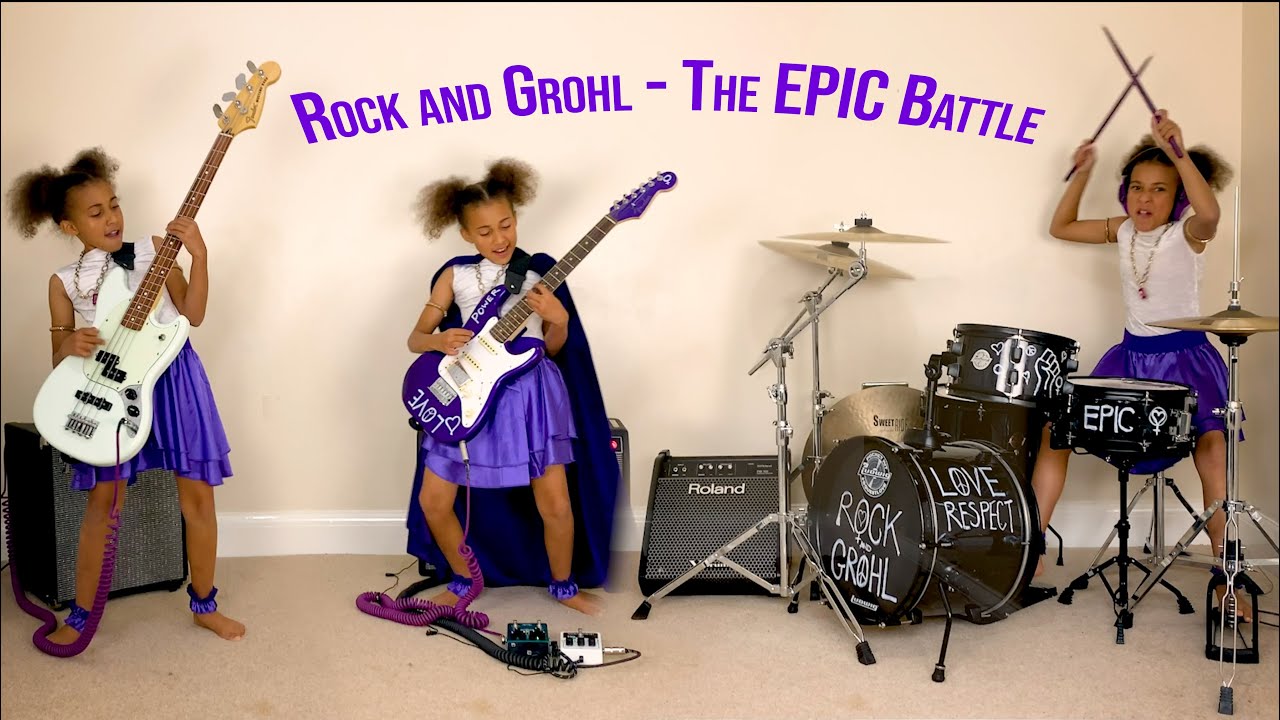