In the midst of a pandemic and a truly bizarre year, it somehow feels like an ideal time for Puscifer to release a new album. The experimental rock act is back with a new LP, Existential Reckoning, and it’s a fitting document of the times, even if that wasn’t intentional.

Led by a core of Maynard James Keenan (Tool), Mat Mitchell, and Carina Round, Puscifer have often thrown out the rulebook when it comes to rock ‘n’ roll. Each album is surrounded by eccentric characters, while the music is equally unconventional.

Existential Reckoning is no exception, picking up on the story of the fictional characters Billy D (apparently now abducted by aliens) and his wife, Hildy Berger, as it had left off with 2015’s Money Shot. The new album is shrouded in a cloud of alien activity, from its initial announcement to its lyrical content.

Adding to the mystique around the album, Puscifer will stream a pay-per-view concert event from the Arizona desert on Friday, October 30th, the same day that Existential Reckoning arrives.

We caught up with Keenan and Mitchell to see what information we can pry out of the two musicians. The pair discussed the creation of the album, the first single “Apocalyptic” (among other songs), the paranormal themes of the LP, the allure of Arizona, and the utilization of a vintage Fairlight computer musical instrument, as used by Peter Gabriel in the early ’80s.

While the band’s first album was released in 2007, the group’s origins date back to 1995, when Maynard and company appeared as “Puscifer” on the HBO sketch comedy series Mr. Show with Bob and David. As Maynard explained to us, it wasn’t just a fictional band at the time. He had already set the wheels in motion leading up to that appearance.

Read our interview with Maynard James Keenan and Mat Mitchell below. Existential Reckoning can be pre-ordered here, while tickets to Puscifer’s “Live at Arcosanti” streaming concert can be purchased here.

On creating Existential Reckoning before and during the pandemic

Mat Mitchell: We have our own studio in Jerome [Arizona] and we also have a space in Los Angeles. So we don’t really rely on anyone else. We’re kind of self self-sustained, in that regard. So we weren’t really slowed down [by the pandemic] other than curfews and things like that, as far as being able to actually do the work. There’s obviously the same disruptions and things that everyone else is dealing with, which certainly affects things kind of subconsciously, but as far as putting our boots on and being able to work, it really didn’t slow us down.

Maynard James Keenan: I feel like a band like Puscifer has already been equipped, and just the process that we’ve gone through, and the way we built the project, it’s already equipped to be a thing that can live through and can still work in that particular environment.

On the single “Apocalyptical” and its timely lyrical content, despite being written before the pandemic

MJK: I don’t normally dig into lyrical processes, but just in general, most of these stories are informed by life experiences, things you’ve seen, things you think you’re going through. I remember my art teacher in high school, when we were doing more elaborate pieces with charcoal, which is a very unforgiving medium if you’re not familiar with it. She was always saying, “Go general to specific, always start general.” And in some cases you just remain general because these images translate in a much better way without being very specific. The more specific you get, then you have to kind of really get very specific. So general to specific — I’ve always kind of taken that away as a way to tell stories.

MM: I think the familiarity, when you hear something and it sounds like something else — it is the instrument. It’s less of our being a fan of certain artists and more of the voice of the instrument itself. I think that whatever instrument you start with, it kind of leaves its mark, as a thumbprint of what the song is going to be. So, the Fairlight, specifically, is something we decided, before we started this record, that I wanted to use as a foundation. It’s a very unique sound, trying to figure out how we make it our own — how we do what we do, but with this instrument. I think it helped shape the results of the record.

MJK: A lot of it is rhythms and melodies in response to what Mat’s laying down. So, within that, you try to challenge yourself to come up with juxtapositions of harmonies and timings and just a vocal cadence to complement without detracting from what he’s laid down as a foundation. So, you want to push the boundary on it, but then reel it in when it’s going to go too far. And I feel like sometimes because I’m trying to push that so far, I might paint myself into a corner, and Carina is great for helping me dig my way back out of the corner. She’ll hear the bigger picture, ’cause when you’re in the middle of it, it’s hard to see the forest for the trees. But she’s able to go, “Okay, here’s the note you were looking for to find your way out of that mess you just created.”

MJK: I think it’s all hindsight, when you’re doing tracks, as far as the arrangement. Mat and I are used to hearing records in sequence. We’re big fans of Pink Floyd and cinematic albums that are kind of meant to listen to from start to finish. The more current approach to things [in general] has been singles, which is also fine, but once the pieces are all together, that’s when you start trying to figure out what’s the opening scene.

MM: From the music side, that was one of the early Fairlight ideas, so one of the first ones when I was learning the instrument — some of unique sounds that I wasn’t familiar with, and just seemed kind of fresh and cool. There’s a lot of movement. It feels like the landscape kind of changes a couple of times, which we really like. We always like telling a story with the music as well as the lyrics. So, it felt like there was a nice journey, and it was a nice way to start with record.

On the song “Fake Affront”, perhaps the most sonically and lyrically aggressive track on the album

MJK: The songs take on a life of their own and you just follow where they lead. So if the energy starts to escalate, then it can go that way. That’s just the nature of how we’re working. So, that’s just one of those songs that kind of drags you by your ear to follow it.

MJK: Mat and I discussed where the story was going, and I think back to the end of Money Shot, we had kind of set up a scenario where Billy D had been abducted, one way or another. So, we wanted to follow that theme. And then as things were kind of falling into place, the artist that I was working with at the time for some wine labels — his imagery was pretty much kind of going in that direction. Again, it’s just presented to you and you just kind of follow where it leads. That mystery that surrounds The Day the Earth Stood Still or X-Files, just all kinds of shows like that, I like those mysterious “you never really quite answer the question” shows.

MM: I think it’s always a fun discussion. It’s something that people can debate and it’s an interesting conversation. As far as being creative in that space, it’s a trove of ideas and concepts, and there’s a lot to play with. So, I think it’s a fun theme. I think it fits with the songs and I think there’s plenty of room for interpretation, so that’s what keeps it fun. 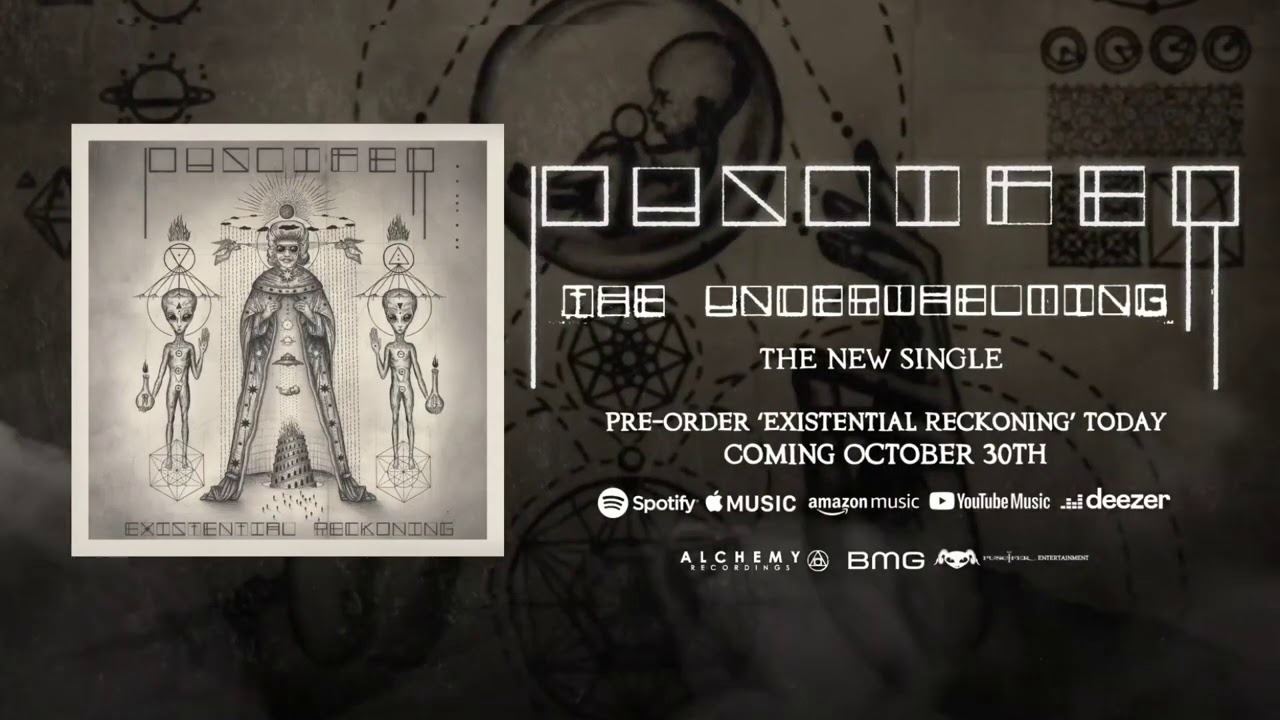 MJK: Arcosanti is one on a long list of really inspiring locations in Arizona. Just driving through Oak Creek, just north of Sedona, it’s just breathtaking. It’s just such a beautiful area. We’ve got the Grand Canyon here and the landscapes are inspiring. But it’s also just very inspiring for artists who may not be from here, but move here. Frank Lloyd Wright ended up staying here. And Paolo [Soleri], the person who built or kind of started Arcosanti, same thing, whatever he saw here, inspired him to stay and build these structures. So architects, poets, writers, painters, they come here and there’s some kind of hook that sets, and you want to be here. So, Arcosanti is one of many places. That one just happened to be a spot that had many facets to it, and many locations within it for doing an event like this. For us, it just ended up being a perfect choice.

MM: Maynard was having ideas when we were on the “Money Shot” tour of what we were gonna do on this tour cycle. Historically when we release a record, we are able to go out and perform it live, and watch it develop into something else. So it is definitely something we’re looking forward to, and we hope that that we’re able to do that. We’ve got a bunch of ideas, we’ve got what we think is a really good interpretation of the record for a visual and audio experience. We’re looking forward to it and we definitely have exciting ideas in mind.

On 25 years since Puscifer debuted on the HBO sketch comedy series Mr. Show

MJK: It already was a band — it wasn’t just a fake band just for that show. It was actually a thing I was doing at that point, but it just had to take a back seat. All the ideas that I had at that point for that band, the technology hadn’t quite caught up with it yet. You had to always hire a film crew and you had to hire an animation crew. There’s all these things you had to kind of farm out. And it just was cost prohibitive for such a small project that it was at that point. It just took time to kind of catch up. But it was a band then. That’s why I presented it on that show. We already had released our first t-shirt at that point.

It’s like anything else, you just kind of build on it as you go. It’s always been that flexible project that can weather the storm. … Maybe it could have been bigger, but I don’t think it needed to be. This is the perfect gestation for it. 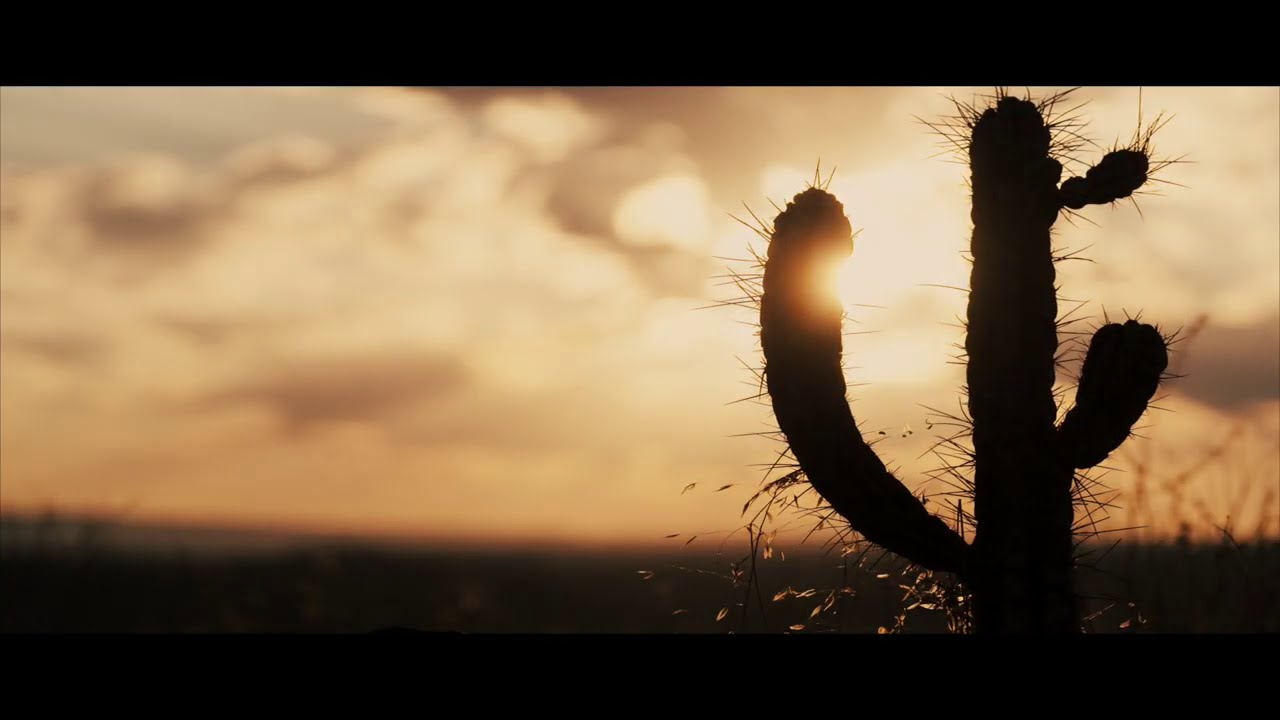 Our thanks to Maynard James Keenan and Mat Mitchell for taking the time to speak with us. Puscifer’s new album, Existential Reckoning, can be pre-ordered here, while tickets to Puscifer’s “Live at Arcosanti” streaming concert can be purchased here.