Indie folk outfit Woods have returned with a new rarities collection called Reflections Vol. 1 (Bumble Bee Crown King). The full album is available to purchase for Bandcamp Friday, and you can stream a few of its tracks below.

The project follows Woods’ 11th studio effort, Strange To Explain, from this past May. In normal, pre-coronavirus times, they’d be touring the world in support of it, but they decided to roll with the punches and unlock some unreleased material from the vault.

In a statement, Woods summarized all the goodies that can be found on Reflections, which they consider “a lost record”:

“With no touring this year, and possibly next, we decided to take a deep dive into our archives and put together the first volume of our much discussed archival series, Reflections. Featuring rare and unreleased recordings from 2009 – 2013, Including a ghost town desert jam off the side of the highway, our first live performance in Big Sur, the first recorded version of Bend Beyond and some shelved diamonds in the rough that were finished up during quarantine. Our hope is that it plays like a ‘lost record’ from an extremely strange and fruitful period in Woods history.”

Notably, a couple of songs feature performances by former member Kevin Morby, who has since gone on to launch his own successful solo career and is in the midst of releasing his sixth album Campfire.

For more details on each track, find the band’s liner notes at the bottom of the post. According to their Bandcamp page, a limited vinyl release is apparently “in the works” for next year. 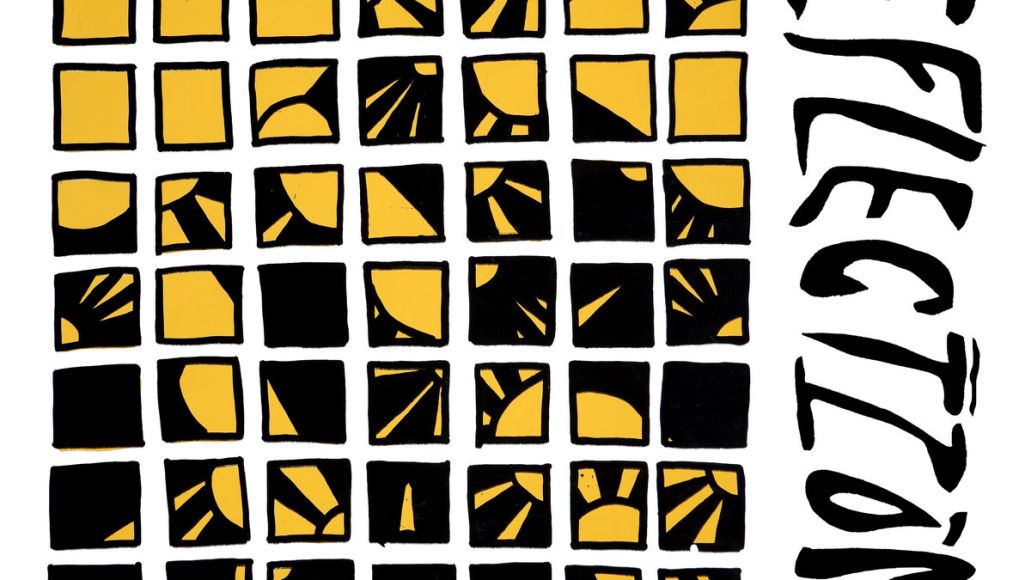 1. Bumble Bee Crown King – Recorded to cassette tape just off the highway in Arizona, on tour in 2009 after we passed a sign that read “Bumble Bee Crown King.” As a bunch of native New Yorkers, we were surprised to find nothing but endless desert when we pulled off of i17. Unaware of Bumblebee’s ghost town history we set up drums and a battery powered amp and began to bang away. Driving in the desert for so long can have a crazy affect on you. It’s both inspiring and anxiety producing. This session was our way of exercising the demons and getting that crazy energy out. Overdubs added in August of 2020 when it was finally mixed.

2. Midnight Moment – Recorded April 16, 2013 at Buttermilk Falls in Warwick, NY during the writing of With Light and With Love. Bass and piano added during quarantine 2020.

3. Be Kind My Love – Recorded April 11, 2013 at Buttermilk Falls in Warwick, NY during the writing of With Light and With Love. We spent a good amount of time working on a version in the studio, but we couldn’t recapture the magic of the demo. It was our first time in a proper recording studio and a couple of good songs got shelved because we didn’t know how to translate that feeling from our home recordings into the studio yet. Bass, wurlitzer and organ added during quarantine 2020 when it was finally finished and mixed.

4. Skull – Recorded at Buttermilk Falls, Warwick NY. with additional recording & mixing at Rear House June, 2011. This has, what might be the best drum take ever featured on a Woods recording. Is it just one long fill?!  Remixed August, 2020.  Originally appeared on a split 7″ with Kurt Vile for our 2011 tour together.

5. Party In The Pines – Recorded live August 29, 2009 in Big Sur, CA during Mexican Summer’s Party In The Pines Festival. Though we were mostly playing for Redwood trees the title stuck and felt inappropriate to change. I remember that, being one of the only non Mexican Summer bands on the bill, we had to play first. It was probably around noon and there were just a few people in lawn chairs watching. It was Jeremy’s idea to cut a few songs and open with an improv just to stretch out and set the mood. This was our first time playing in Big Sur at the Henry MIller Library and was the impetus for our future Woodsist Festivals. A day that forever changed our lives.

6. Space and Time – Recorded February 7, 2012 at Buttermilk Falls in Warwick, NY. Bass added during quarantine 2020 when it was finally finished and mixed.

7. Ballad Of Jim Jones – Written by The Brian Jonestown Massacre. Recorded August 2, 2010 at Buttermilk Falls in Warwick, NY after watching a Jonestown documentary. Bass and Organs added in 2020.

8. Bend Beyond (First Version) – Recorded March 1, 2011 at Buttermilk Falls in Warwick, NY. This was our first attempt at recording it and has a more laid back approach with acoustic guitar and hand percussion. After working on it, we started playing it live and over the course of a year of touring, it had turned into a loud, dueling electric guitar, epic set closer. When we revisited this version of it, we realized we had to honor what the song had turned into live. Which was a big turning point for us, turning from a recording project that then does live interpretations of these weird home recordings to a band that actually tested out songs on tour before committing to a final version.