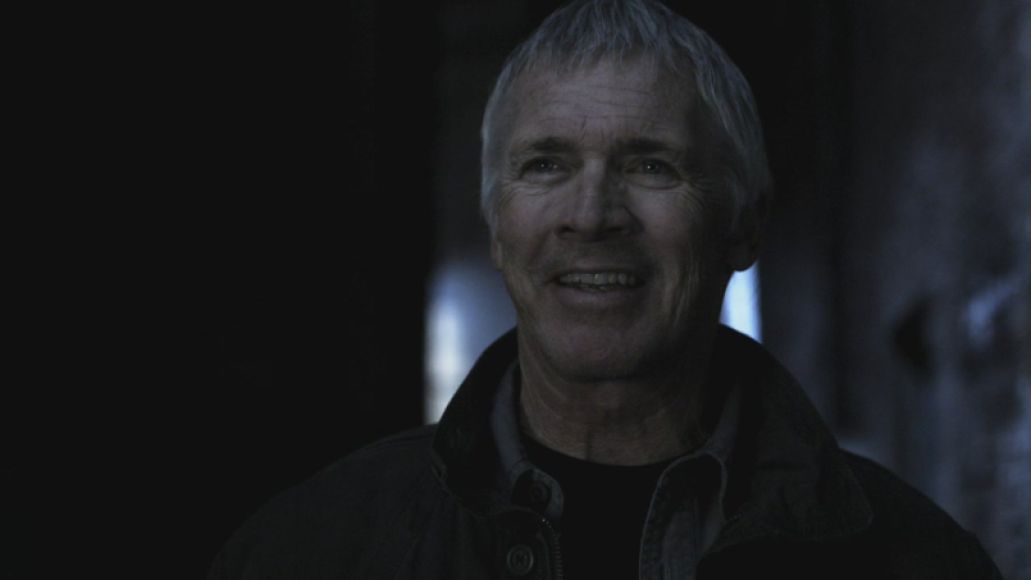 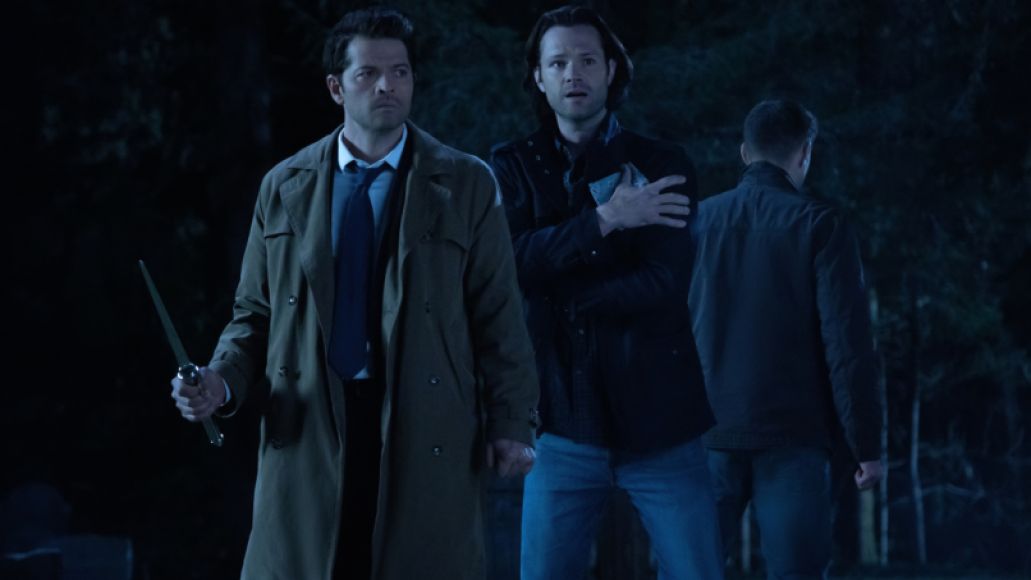 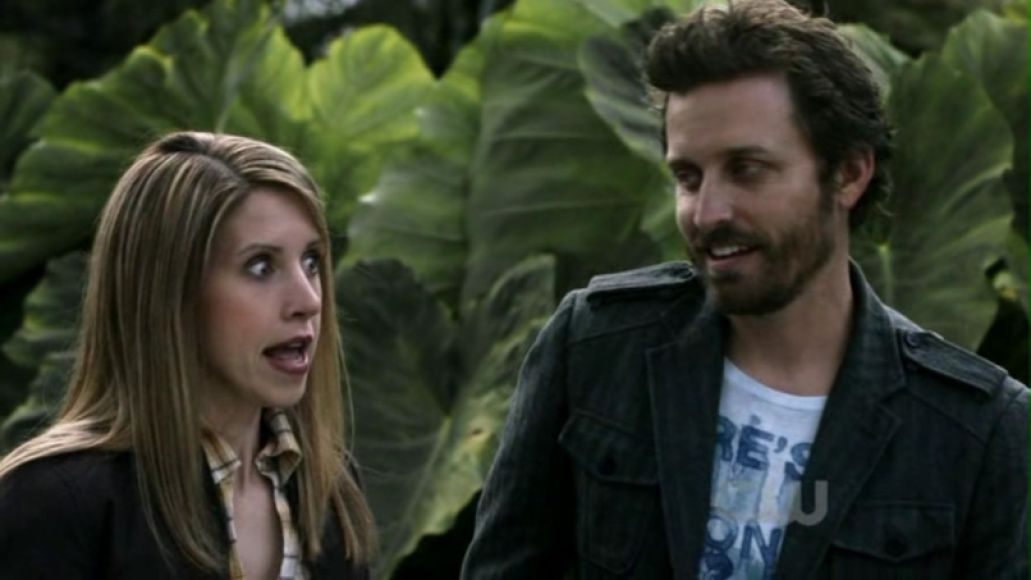 The Road So Far: The Winchesters meet their biggest fan, a fan fiction scribe named Becky Rosen (Emily Perkins). They also discover that one of their oldest nemeses, the Trickster (Richard Speight Jr.), is actually the archangel Gabriel.

Now: Becky uses Chuck’s phone to trick the Winchesters into showing up at a convention for the Supernatural books. Unfortunately for the cosplaying con-goers, a real poltergeist shows up on scene and begins making violent trouble.

Carry On: “The Real Ghostbusters” is a love letter to fans, and one of a handful of meta episodes in the show’s catalogue. Taking place at the first-ever Supernatural convention, it’s a hilarious look at the series from the perspective of its viewers — but also through and Dean and Sam.

Naturally, the two brothers are understandably shocked to see people cosplaying them, talking in gruff voices, and even reenacting personal conversations between the two brothers. And while the episode pokes fun at fan culture with its nitpicking questions and analytical theories — “Frightened Little Boy – the Secret Life of Dean Winchester” and “The Homoerotic Subtext of Supernatural”, anyone? — writers Kripke and Nancy Weiner never shame the fans. Instead, they explore the uplifting power of fictional characters.

Two such characters Barnes (Ernie Grunwald) and Damien (Devin Ratray) steal the show as partners and con-goers inadvertently roped into helping Sam and Dean on the LARP Ghost Hunt that veers a little too close to reality. What’s more, their touching moment at the end of the episode is a nice step toward inclusiveness on a show working towards diversity. Meanwhile, Prophet Chuck gets a hero moment, and No. 1 fan Becky Rosen is fantastic, creepily ogling Sam before “dumping” him for Chuck. And lest we forget, it’s all set against the backdrop of a truly creepy ghost story. Who wouldn’t want that?

Team Free Will: This episode features post credits ad lib by Benedict as Chuck; the second appearance of Perkins as Becky, and the first mention of the demon Crowley (Mark Sheppard). 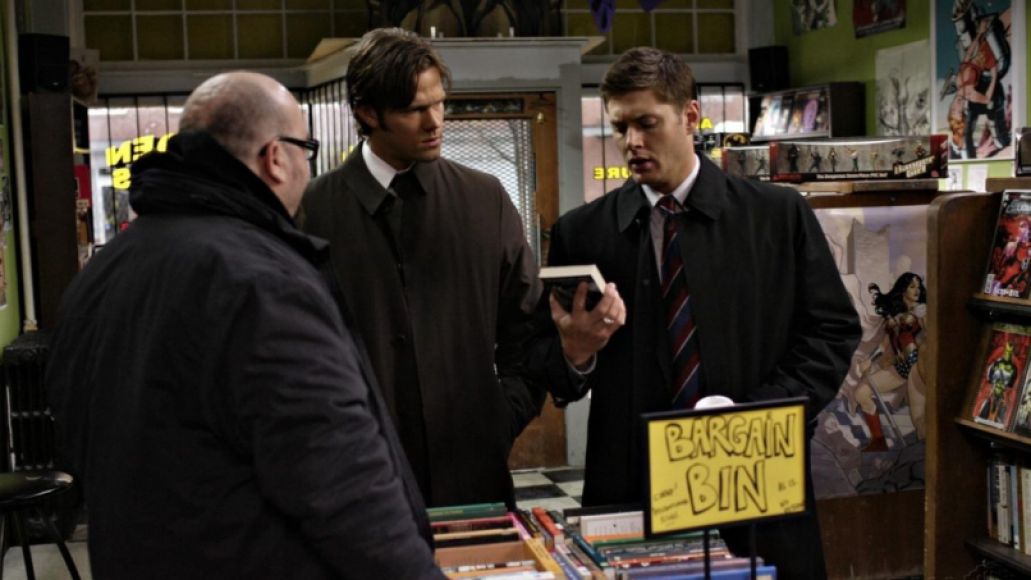 The Road So Far: Sam and Dean are embroiled in an all-out war involving angels and demons, only to learn from a new angel on the block, Zachariah, that they cannot escape their fate.

Now: While Lilith makes her final moves, Sam and Dean stumble upon a series of novels that detail all the trials and tribulations in their life called Supernatural, all written by a man called Carver Edlund.

Carry On: By Season 4, the series was already waist-deep in meta humor, mostly thanks to the arts and crafts provided by the Trickster (Speight Jr.). Even so, “The Monster at the End of This Book” still felt like a total game changer by acknowledging the then-budding fan base without losing any steady ground. Writers Julie Siege and Nancy Weiner did their homework, too, managing to even squeeze in a reference to the online Slash fiction that has become a curious part of the show’s legacy.

More importantly, though, Siege and Wiener opened up another door for the series creatively. Looking back, there’s a lot of table-setting in this episode, and the idea that Supernatural was an in-world entity helped condition later concepts like alternate universes, animated crossovers, and even the inclusion of Oz. Not to mention, it also introduced arguably the most important character of the series beyond Sam and Dean: Carver Edlund (Benedict), aka Chuck, aka God.

It’s through Chuck that Supernatural became what it is today, and his introduction is seamless. Christ, Benedict plays the role with so much burden and conviction that you really do believe he’s this exhausted Prophet of God — even when he literally says: “Obviously I’m a God… I write things and then they come to life. Yeah, no, I’m definitely a God. A cruel, cruel, capricious god.” Granted, fans sniffed out his true identity long before Season 11’s “Don’t Call Me Shurley”, but hey, hindsight’s 20/20.

Team Free Will: Well, as mentioned, Benedict joins the mythos. Keep up!