Hulu has shared the first official trailer for its upcoming Animaniacs reboot. The two-minute promo assures fans that Wakko, Yakko, and Dot are back and zanier than ever.

Last month, Hulu previewed the upcoming revival with meta parody of Steven Spielberg’s other ’90s institution, Jurassic Park. The clip featured tons of self-referential humor about the Animaniacs characters being “re-animated” by Spielberg himself, and this trailer suggests that the whole season will be chock full of gags that shatter the fourth wall.

Throughout the promo, there are callbacks to the original series, meta jokes about the pressure of delivering their first lines, and a handful of bits about the distinctly ’90s characters fumbling their way through the modern world (online dating, foam parties, and the concept of tablet computers). The trailer begins with Yakko delivering a speech about how reboots are “symptomatic of a fundamental lack of originality in Hollywood”. However, the next scene shows him and his pals plastered in Hulu gear, shamelessly grinning as they’re handed a one hundred billion dollar check for the reboot.

There are jokes about quinoa and Beyoncé, and Dot uses the word “mansplainy” at one point, suggesting that the show won’t stray away from engaging with contemporary social justice language. There’s also a glimpse of a giant orange cyclops that bears a striking resemblance to our current president. But even though the goofy trio and their classic slapstick gets the spotlight, there are also clips that confirm Pinky and the Brain will be returning to the series, and they’re looking hilariously dumber and skeevier than ever before. Watch the whole trailer below.

The new episodes are slated to hit the streaming platform on November 20th, and 13 more are expected to arrive in 2021. 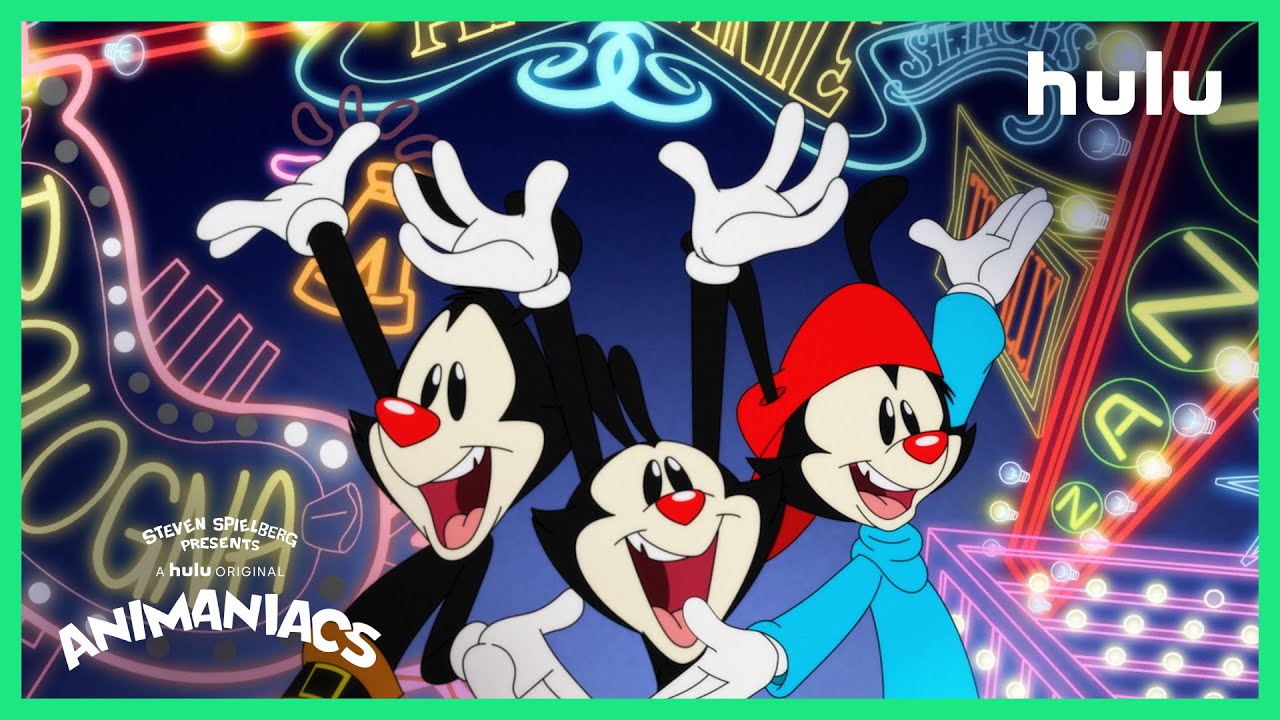