Howard Stern can get anyone to talk — anyone — and Eddie Vedder was no exception. On Monday, the Pearl Jam frontman joined the veteran broadcaster for a spirited three-hour conversation chock full of stories both humorous and heartwarming. Things took a turn, however, when their dialogue shifted to the tragic passing of friend and colleague Chris Cornell.

“I’ve had to be somewhat in denial,” Vedder explained. “One way I was even able to do it, and I don’t think I had a choice. It’s just like, I was terrified of where I would go if I allowed myself to feel what I needed to feel or what I instinctively wanted to feel or how dark I felt. Because I didn’t see him that often in the last 10 years, probably only like four, five times and usually at a gig or something, I just kind of–I still haven’t quite dealt with it.”

He elaborated, “I’ll get stronger as time goes, but we were close, and it wasn’t just because we were playing music. We were neighbors. I would hang out with him outside of the band even more than the band guys, and I didn’t know that many people in Seattle. So, we would go on crazy hiking adventures or we would go mountain biking or we would chase the dog in the rain drinking shitty beer. It was cool, because it had nothing to do with anything like being around other music people or some kind of LA life.”

It was a truly sobering moment with Vedder even admitting he “got taken away” after Stern brought up Cornell. This prompted Vedder to share a brief and heartbreaking anecdote involving the loss of his younger brother, Chris, who had died a year prior to Cornell. “That one took me down so hard and my brothers and my mom,” he admitted. “And I seriously didn’t know if I was going to get out of that … but there was no hiding it and it was a dark place and I just couldn’t deal with the reality.”

Stern proceeded to ask Vedder if he ever felt suicidal himself. “No. No. In fact, it made me even less so,” Vedder responded. “That part of it upsets me. It might even make me angry. I should feel bad, I loved the guy… but suicide is a violent act that hurts so many people. And that feels unfair.”

Below, you can watch a clip of Vedder’s comments to Stern. Over the years, Vedder has paid homage to Cornell on stage, tweaking his lyrics, covering resonant songs, and similarly sharing stories to fans. More recently, however, he joined Cornell’s daughter, Lily, for an intriguing interview on her mental health web series. 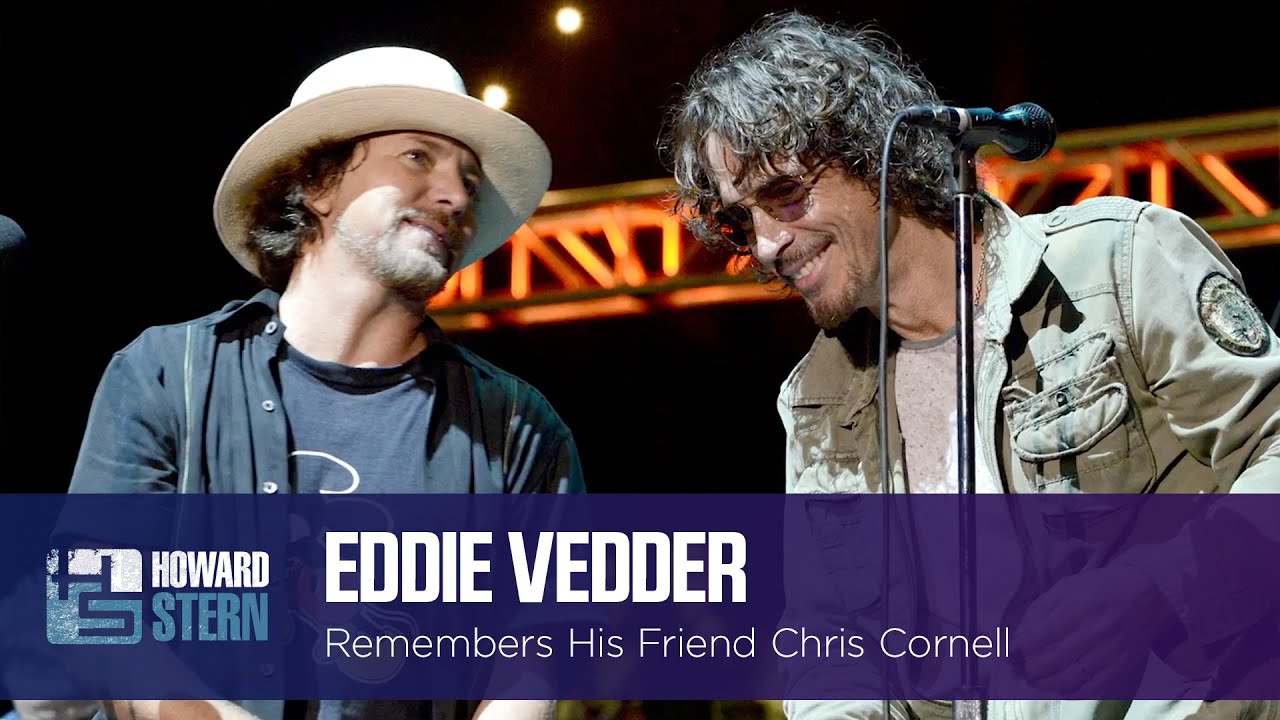 Eddie Vedder on Losing Chris Cornell: "I Still Haven't Quite Dealt with It"