The Pitch: It’s been a couple of years since Kate (Darby Camp) and Teddy (Judah Lewis) helped save Christmas, with the help of a bedraggled Saint Nick (Kurt Russell). This time around, they’re twiddling their thumbs on a beach resort Christmas vacation hosted by their mother Claire’s (Kimberly Williams-Paisley) deeply-vanilla beau Bob (Tyrese Gibson); instead of a winter wonderland, it’s all chocolate smoothies on the beach and entertaining Bob’s whiny, hypochondriac son Jack (Jazhir Bruno).

But this time around, Kate and Jack (Teddy’s too old for this sleigh ride) are swept back up in Santa’s orbit when a disgruntled former elf named Belsnickel (Hunt for the Wilderpeople‘s Julian Dennison) uses them to hitch a ride to Santa’s Village — an ornately-designed holiday villa on the North Pole hidden, Wakanda-like, by a borealis-like distortion field. He wants the Star of Bethelem, a magic MacGuffin that makes everything Xmas work; Santa, Mrs. Claus (Goldie Hawn), and their newfound charges have to stop him.

Chris Columbus Wants to Destroy Christmas: Between the first two Home Alones, The Polar Express, and his script for Gremlins, it’s hard to tell whether Chris Columbus actually likes Christmas. Whether it’s little kids fending off robbers on Christmas Eve, or siccing venomous little creatures on the most magical night of the year, it’s safe to say he’s got more than a little coal in his stocking for the holiday. Here, that sense of yuletide apocalypse is in full force, from murderous CG elves to the very fabric of Christmas itself on the brink of destruction.

The Christmas Chronicles 2, a sequel to the 2018 original (which Columbus produced), sees him leaping into the driver’s seat as writer and director this time, leading to a sequel that’s more polished and openly magical, but feels even more cotton-candy lightweight than the first. Granted, the stakes are clearer this time: there’s an actual villain in Dennison’s petulant Belsnickel (an actual figure from German folklore), rather than the race-against-time fever of the first. But the structure doesn’t lend itself as well to tight screenwriting: the gang splits up, Mrs. Claus and Jack to solve problems in Santa’s Village and Santa and Kate to chase after Belsnickel once he steals the star. 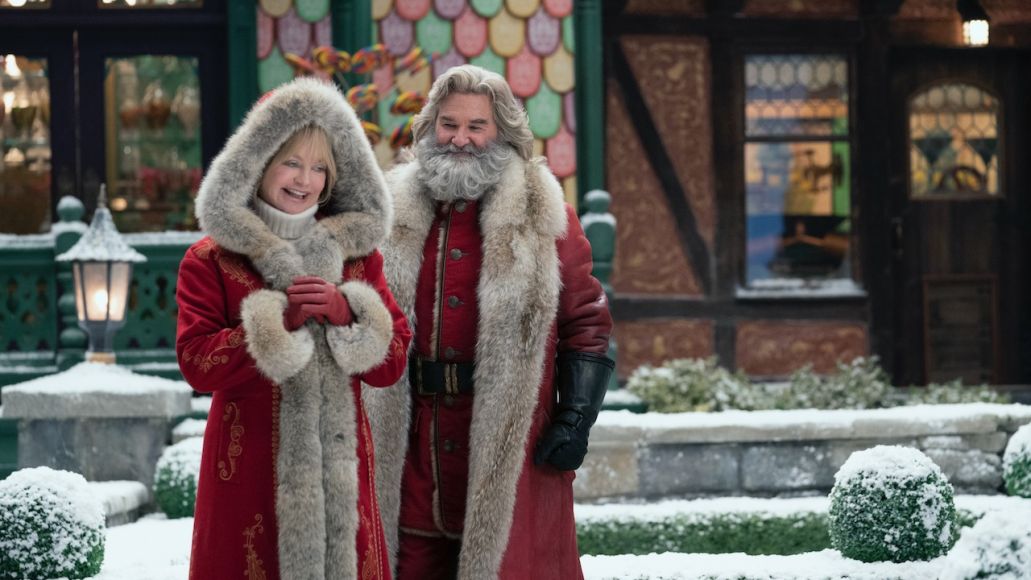 And then there are the elves, the series’ most transparent attempt to throw some noise at the kiddies who don’t see the appeal in watching Snake Plisskin shake like a bowl full of jelly. At their best, they’re a group of shoddily-rendered CG Mogwais who talk in a kind of elfen gibberish — shades of the Minions, of course. (Midway through the film, Belsnickel brainwashes them into becoming a race of mayhem-causing miscreants, their greatest crime on our senses being a “Who Let the Dogs Out?” dance party. You will beg for the sweet release of death.)

Hawn for the Holidays: Of course, the two elements that cut through all the offending Christmas tinsel are Russell and Hawn, the latter moving up from post-credits cameo to co-star this time around. On paper, there isn’t a whole lot to distinguish these Clauses from the other cinematic Kringles we’re often treated to, barring the innate cool-dad factor of Russell and Hawn’s effervescent energy.

Naturally, being great co-stars in life and on screen, they’re fantastic together, even as the script gets them little to do. Hawn, in particular, is hardly an active participant except for a few choice moments of scolding and some medicinal hot chocolate. Russell, for his part, gets a reprise of his big show-stopping jazz number bit from the first (thanks to Darlene Love for a much-needed musical cameo) and some cutesy Russellian mannerisms. But otherwise, the script doesn’t give them much to do. Even when Santa works his magic, it’s done with a kind of wearied resignation that even Russell’s curly beard and effortless charm can’t hide. 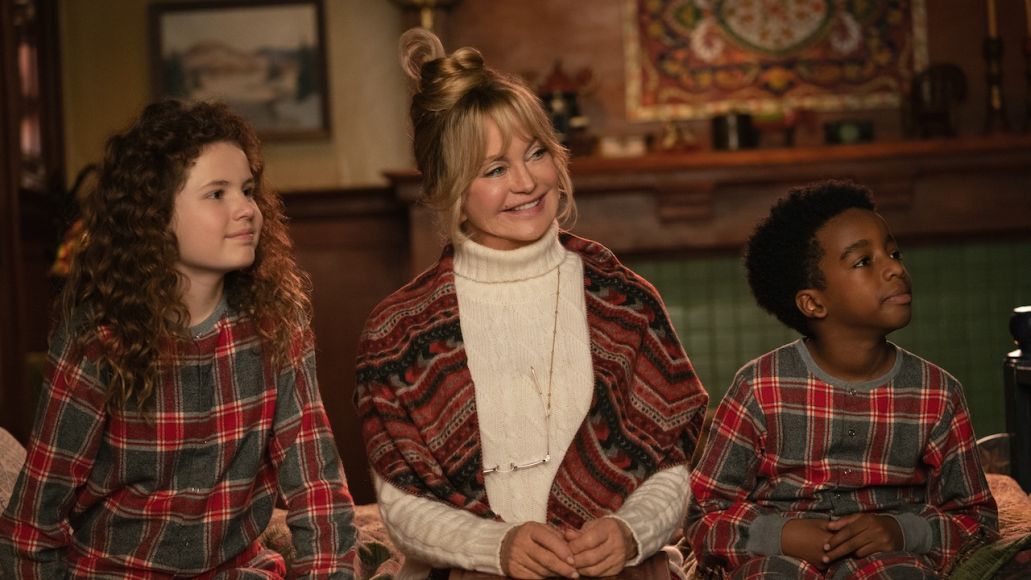 Don’t Get Me Started on the Kids: While Russell and Hawn are two great casting choices in search of a purpose, the kids are especially wasted. Camp is her usual precocious, wide-eyed self, and she does her darndest to keep the gee-whiz Christmas magic afloat (even as the CG, whether elf or sleigh, leaves a lot to be desired). She even gets a few glimmers of pathos, as a Christmas spirit-related jaunt back in time puts her face to face with a young version of her long-dead father — yes, exactly like Avengers Endgame, since I know you’re asking. But poor Bruno gets even less to do, mostly following around Mrs. Claus and resolving his problems with anxiety with the help of a magical Christmas cookie.

Particularly disappointing is what they’ve done to my poor boy Dennison, a gifted comic actor who’s basically asked to play the G-rated version of his piss-and-vinegar delinquent from Deadpool 2, which has the unnerving effect of giving him nothing funny to do. The sight of an embittered ex-elf decked out in punk clothes and a hoodie would see novel, if not for the fact that none of Dennison’s own personality gets to shine through. It’s all vague threats and whining and exposition, and none of it imparts any sense of menace. He’s an obstacle to be overcome, so we can get back to gawking at modestly-budgeted sets that look like a bargain bin Diagon Alley and crow, “Wow, that’s amazing!”

What’s Streaming on Netflix in November 2020

The Verdict: It’s hard not to think of The Christmas Chronicles series as a series of wasted opportunities. Kurt Russell as Santa Claus, with Goldie Hawn his doting wife, is such an inspired casting choice that it’s a real bummer to see them do so little with it. Instead, it feels like the natural energy they bring to these proceedings is bogged down in kiddie-film conflicts resolved with all the tension of a mild pep talk. Plus, if I never see those crappy CG elves and their Minions/Trolls ripoff energy again, my one Christmas wish will be granted.

Where’s It Streaming? The Christmas Chronicles 2 ho-ho-holds up your Netflix queue on November 25th.