The term “legend” gets tossed around too liberally. So does the qualifier “iconic.” That’s not the case with Jimi Hendrix. The Seattle-born guitarist and the impact he had on both popular music and culture as a whole in such a brief time are the thing of legend. It’s a legend captured, yes, by a series of ground-breaking studio albums, live recordings, archive film footage, and various artifacts from guitars to gypsy-style stage clothes exhibited in museums. But, equally important, his legend exists through the stories that people tell and retell hundreds of times, how listening to or seeing Hendrix made them feel, and all the other little moments they pluck out from what remains — in some cases, only in memory — of the man’s legacy. And when those moments enter into the public Idea of Jimi, they can rightfully be classified as iconic. They are the details, the parts of the legend that make us all nod and agree that, yes, that was Jimi Hendrix.

His legend will no doubt loom a little larger this week after the long-awaited release of Live in Maui and the accompanying documentary, Music, Money, Madness … Jimi Hendrix in Maui. The doc details the strange story behind the making of the 1971 film Rainbow Bridge. In short, the experimental film — billed in concept as the “antidote to Easy Rider” — crumbled in the hands of its director and producers, and the bulk of the footage of Hendrix performing with drummer Mitch Mitchell and bassist Billy Cox in what would be the trio’s second-to-last performance in the United States suffered from technical difficulties, got brutally edited, or just landed on the cutting-room floor altogether. While the film has gone down in the annals of botched movies, the Hendrix footage has been reclaimed from the cinematic wreckage and finally given the treatment it deserves in its first official release. As it turns out, not only is the 50-year-old performance full of essential Hendrix guitar gusto, but it’s likely the only time — and this sounds like the stuff of legend — the guitarist gave an intimate, outdoor performance in a tropical locale for an audience of wacky hippies and a chanting collective of Hare Krishnas.

In the spirit of stumbling upon treasures like those found in this collection and documentary, we’ve decided to take a look back at the live moments that have come to define Jimi Hendrix in the public imagination. We have no doubt that his exploits in Maui will only continue to help that legend grow in beautiful and unpredictable ways. Ways that make us think: only Jimi Hendrix.

The Live in Maui vinyl box set is finally being released 50 years later. Alongside the collection’s three LPs is a Blu-ray of the new documentary Music, Money, Madness… Jimi Hendrix in Maui, which recounts the whole wild story of Rainbow Bridge and Hendrix’s performance. The set is out November 20th via Experience Hendrix, L.L.C. and Sony Legacy Recordings — but before they even drop, we’re giving you a chance to win them both.

We’re giving away one (1) copy of the Live in Maui box set, including the Music, Money, Madness… Jimi Hendrix in Maui documentary. Oh, but it gets so much better: We’re including a Fender Stratocaster in Polar White, plus a grip of Experience Hendrix merch including a T-shirt, sweatshirt, and beanie.

To win it all, simply enter using the widget below. (Note: If you’re having trouble seeing the widget, you can enter here.) The giveaway is open to residents of the US and Canada only, and requires entry into both the Consequence of Sound’s and Sony’s Hendrix newsletters. 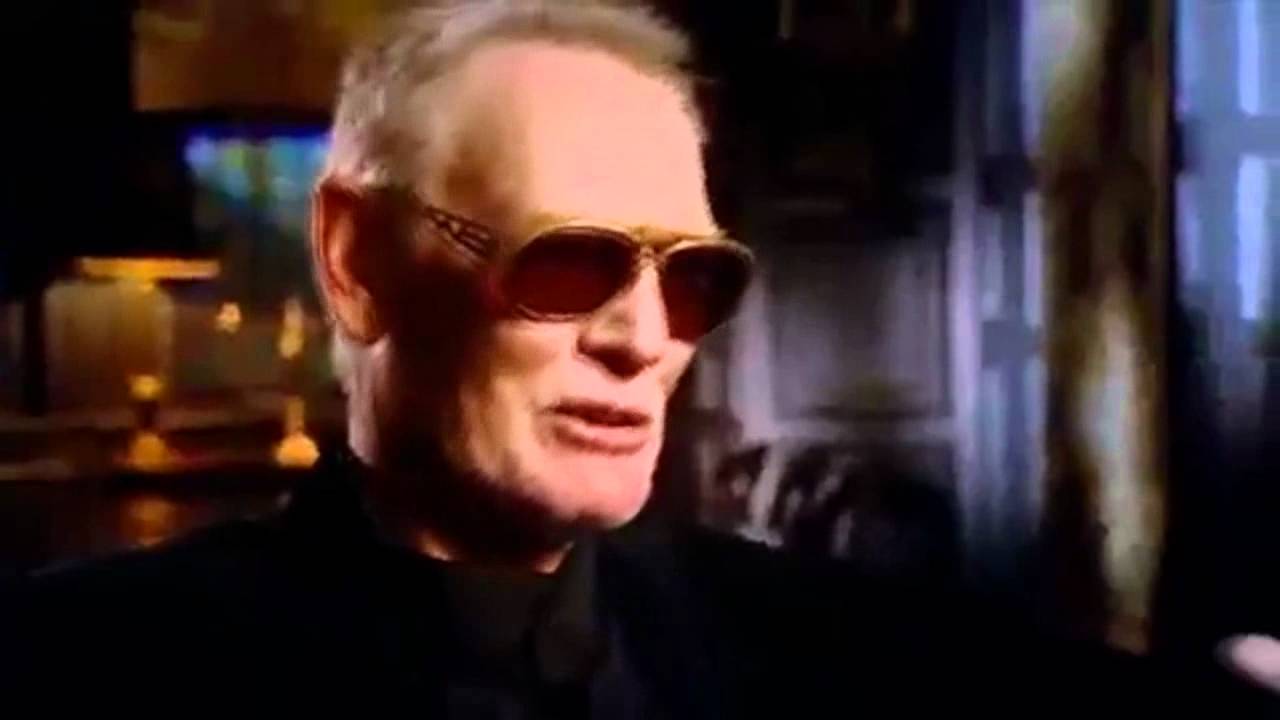 In the mid-1960s, “Guitar God” Eric Clapton was considered the most distinguished and trendy six-string saint. Yet, once Hendrix’s manager, The Animals’ Chas Chandler, brought him to a Cream show at the London Polytechnic on October 1st, 1966, that dominance came into question. Chandler asked Clapton if Hendrix could jam with the trio, to which Clapton hesitantly agreed. To everyone’s surprise, Hendrix outshone Clapton, bassist/vocalist Jack Bruce, and drummer Ginger Baker. Belting out his signature cover of Howlin’ Wolf’s “Killing Floor”, complete with trademark tricks (playing behind his back and playing with his teeth), his presence and skill were so intimidating that Clapton dropped his hands and walked off-stage in defeat. Clapton later remarked, “He played just about every style you could think of … and my life was never the same again.” Virtually every other guitarist in the scene felt the same way and rightfully so. –Jordan Blum

Hendrix played with several acts before becoming a household name and a couple more afterward. But it’s safe to say that his fingers never caught quite the same lightening as when he played and recorded as the Jimi Hendrix Experience with Noel Redding on bass and Mitch Mitchell on skins. Hendrix and his manager, Chas Chandler, had recruited the like-minded rhythm section as a vehicle for the guitarist, who was struggling to make ends meet on the R&B circuit. To say things turned out well would be one of the great understatements in rock and roll history. The power trio played their first known gig together on October 13th, 1966, at the Novelty in Normandy, though no recording exists. Within a month, they had wowed several European audiences, signed to Track Records, laid down their first single (“Hey Joe”), recorded future classic “Stone Free”, and created enough buzz that Clapton, John Lennon, Paul McCartney, Jeff Beck, Pete Townshend, Brian Jones, Mick Jagger, and Kevin Ayers were turning out to see them in London nightclubs. While it’s rare to find footage (if it even exists) of the earliest Experience shows, clips from half a year later, like the one above, show just how naturally these dynamic three fit together. –Matt Melis

Aflame at the Astoria

Hendrix was known for theatrical — and even dangerous — onstage antics, with his most outrageous gimmick being lighting his guitar on fire at the end of shows. Although he’d do it many times throughout his career (the Monterey Pop Festival is the most famous incident — see video above), he did it first at the London Astoria on March 31st, 1967. He, Chandler, and journalist Keith Altham were discussing how the Experience could get more media attention; after Hendrix joked about “smash[ing] an elephant” to upstage The Who, Altham replied, “Well, it’s a pity you can’t set fire to your guitar.” Fast-forward a couple of hours and Hendrix is basically praying to his engulfed instrument while bassist Noel Redding and drummer Mitch Mitchell provide suitably dissonant backing. This led to the London press calling him “Black Elvis” and “The Wild Man of Borneo,” as well as one of the most legendary aspects of his live shows. –Jordan Blum

Hendrix’s debut LP, Are You Experienced, was released on May 12th, 1967, and peaked at No. 2 on the UK Official Charts. What took the top spot? The Beatles’ Sgt. Pepper’s, of course, which makes his interpretation of the title track even more enjoyable since it demonstrates admiration rather than competition. Hendrix performed it at Brian Epstein’s Saville Theatre on June 4th — a mere week after Sgt. Pepper’s arrived — so the turnaround alone warrants acclaim. Thankfully, his version accomplishes the same feat as the rest of his covers: a uniquely Hendrix spin that honors the original’s foundation. Unsurprisingly, it’s a looser and harsher take, and it’s endearing to see Hendrix honor the Fab Four so directly. In fact, McCartney later commented: “It’s a pretty major compliment in anyone’s book. I put that down as one of the great honors of my career.” Such mutual admiration testifies to how respected Hendrix was right away. –Jordan Blum

Typically, an artist becomes famous in their home country before finding international success. That wasn’t the case with Hendrix, though, as he became huge in England about a year before making a similar impression in America. Specifically, it was Hendrix’s appearance at the Monterey Pop Festival on June 18th, 1967, that did the trick. He was suggested by Paul McCartney — who joined the board of organizers just to make sure that the Experience got their shot — and enthusiastically introduced by Brian Jones. Obviously, imagery of Hendrix lighting his guitar on fire and then throwing pieces of the destroyed remnants at the audience has become synonymous with the gathering; yet, it’s his setlist — which included staples like “Foxy Lady”, “Wild Thing”, and “The Wind Cries Mary” — made just as much of an impression. The best of the bunch, however, was his exhilarating rendition of “Hey Joe”, teeth-solo and all. –Jordan Blum