The Golden Age of television is defined by its male antiheroes. Mad Men’s Don Draper, an advertising executive in the 1960s with a traumatic childhood, struggled to understand the world changing rapidly around him and never allowed himself to get too close to anyone. What made characters like Don Draper — and Tony Soprano and Walter White — so appealing was that their flaws were presented entirely and with little sympathy. Don Draper had a childhood so awful that he literally stole another man’s identity to get away from it forever. But it never really went away, so he repressed it by sleeping around, drinking, and consuming himself with work. But at no point did Mad Men try to convince its audience to feel sorry for Don, who treated everyone in his life — family, colleagues, and especially women — miserably. His traumatic upbringing shaped who he is, and his alcoholism is depicted thoughtfully, but flashbacks and visions of his past never make an excuse for his bad behavior: they just help you accept it.

The first episode of Netflix’s The Queen’s Gambit opens with Beth Harmon, played by Anya Taylor-Joy, eyes as big as a planet, waking up in last night’s clothes in a panic. She partied too hard the night before and overslept. She changes into a mint green dress, suspiciously takes a green pill, then runs to an elevator. She is late for a game of chess. She apologizes to her opponent, shakes his hand, and begins the game. Then the episode flashes back to Beth’s childhood and, specifically, her introduction to chess, which she learned at an orphanage she lived in after her mother died. Life in the orphanage is not ideal, of course, but neither was her life before it. Beth’s life truly begins when Mr. Shaibel, a janitor at the orphanage, introduces her to her true love: chess. Beth’s addiction also begins at the orphanage when she’s given a green tranquilizer pill (commonplace at the time). In the future seen at the top of the episode, she is in a better place — literally, at a decadent Paris hotel — doing what she loves. But inside, she’s still in that dark orphanage, hoping for another green pill to numb her pain, past and present.

In similar fashion to Mad Men’s portrayal of Don Draper, The Queen’s Gambit allows its protagonist — Beth Harmon, an orphan turned chess prodigy and addict in the mid 1950s to late 60s — to be terrible as well as remarkable. Beth is driven and talented, but she also tends to be cruel, condescending, and selfish. The show’s strength is its freedom to let a woman be a whole person unapologetically, even though that person is imperfect. Flashbacks to Beth’s childhood are never meant to make the audience feel sorry for her, rather they’re meant to help you to understand her. Even though Beth is a woman with the odds stacked against her, the story never goes out of its way to make excuses for her behavior, which makes her victories (both in life and in chess) more about her than her misfortune. 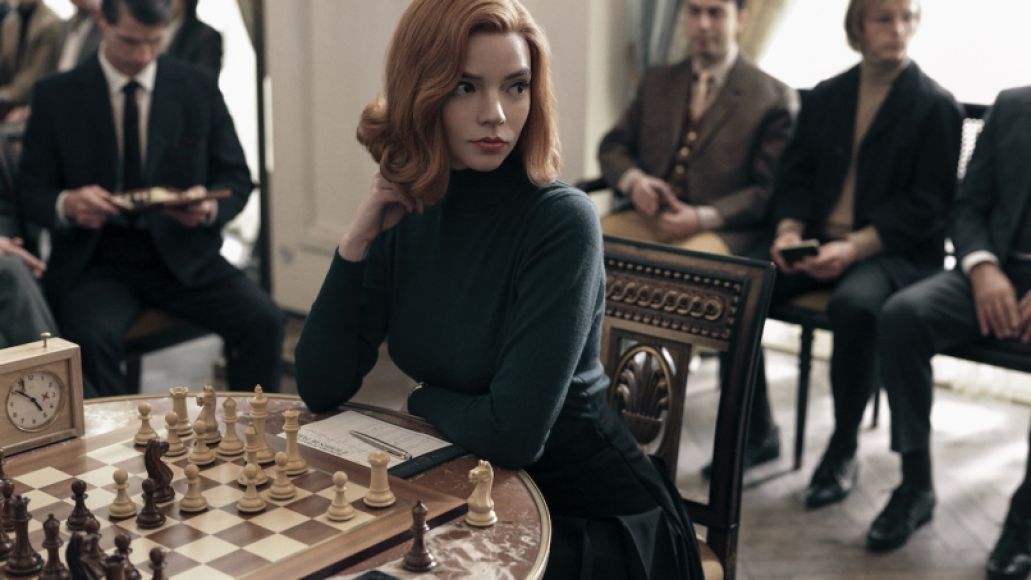 Like Don Draper’s obsession with his work in advertising, Beth becomes so consumed by chess that she has no space for anything (or anyone) else in her life. Beth’s addiction, both to substances and to chess, helps her repress a past she’s too broken to confront. It’s an awful way to live, but it also makes her somewhat awful to be around, especially for the people throughout her life who try to guide her in the right direction. Fellow chess prodigies try to connect with her, but she constantly rejects them to be alone with her chess books, her pills, and her booze, only relying on others if it could benefit her game. Later into the series, Harry (Harry Melling), another chess player, tries to talk to Beth about her addiction when he realizes how bad it is. She ignores him, immediately shifting the topic back to chess. Harry’s face instantly changes as he realizes that Beth only has use for him when he’s helping her with chess. It takes literal years for her peers, such as Harry and Benny (Thomas Brodie-Sangster), to really get to know her, and even they barely scratch the surface. The show connects this to Beth’s past: everyone she’s ever known leaves her life eventually (her mother, Mr. Shaibel, Alma), so she doesn’t see the point in investing in relationships.

Beth is so busy with becoming the greatest chess player to ever live that she barely bothers with her femininity. And consequently, the series itself doesn’t bother with it too much, either. This is all for the better: stories about dissatisfied women in the mid-to-late 20th century have already been done. The Queen’s Gambit has hints of it, specifically in Alma’s discontent with being a housewife, but that’s not the story it’s trying to tell. When Beth is asked by reporters what being a woman in chess is like — which is often — she brushes it off. She’s not a woman who plays chess. She’s a chess player, just like the rest of them, but better. Beth doesn’t see the difference between herself and her male peers and doesn’t understand why anyone makes a fuss about it. But in her glamorous wardrobe (which is criticized), coiffed red hair, and trendy makeup, she shows that she cares a little bit about being a woman and showing it off to the chess world. But she’s also using her feminine side to establish power over her male competitors. 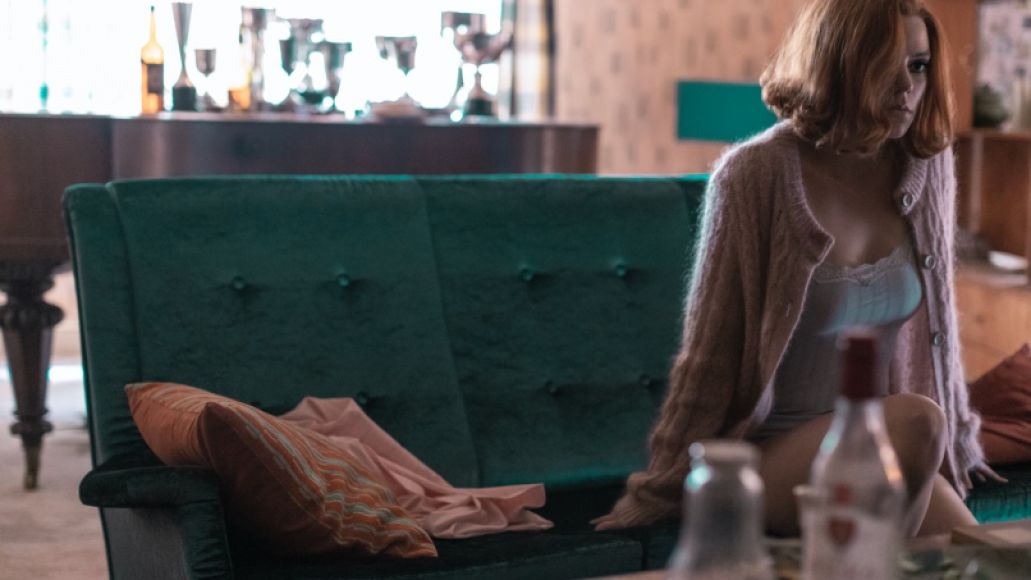 The Queen’s Gambit could have easily been a show about an orphan defeating the odds fate set against her, making her trauma her defining characteristic and a reason to root for her. But instead, it tells Beth’s story honestly, at her worst and at her best. Beth Harmon is a powerful figure and instantly iconic because her story isn’t about overcoming her setbacks: it’s about her.

Where’s It Streaming? The Queen’s Gambit is currently available on Netflix.