While many of us spent the past week glued to election results, Slipknot got to work. According to percussionist Shawn “Clown” Crahan, the band has been writing material for its next album and worked on new songs together last week. In addition, the band’s Knotfest concert series announced the new “Pulse of the Maggots” virtual underground metal fest.

“Right now is kind of an interesting time,” Clown said during a video signing for Slipknot’s No. 9 Iowa Whiskey. “We’re taking this time to write some new music. So for the last week, we’ve been just having a good time, eating a lot of food and writing.”

He continued, “Since everybody’s taken a lot of time off, we thought we’d utilize it by getting together and do what we probably do best, which is write music. So it’s been good, because there’s no pressure. It’s not like we have to. We’re doing it ’cause we want to. And it’s just been a blessing, because boredom can set in. And I know all of us in the world are going crazy, so we’re really lucky to be able to be together and do what we love most.”

As for whether the new material will be influenced by current events like the pandemic, Clown deferred to singer and chief lyricist Corey Taylor, who was not present at the signing.

“We don’t usually speak for Corey, or whatever, but I can imagine that anything that affects him and affects us and affects you will be included,” Clown said of the lyrics for the new album. “To the extent, I don’t know how blatant it will be, I don’t know, but we are all living this, and everybody is involved. I wouldn’t really know what road Corey is gonna be going down or information that he wants to spread. I’m not sure. We’re not quite there yet.”

Taylor, who urged Americans to “stop whining and put your goddamn mask on,” has been a critic of Donald Trump, though he has denied that his political opinions influenced Slipknot’s 2019 album, We Are Not Your Kind.

Meanwhile, Slipknot’s Knotfest brand has announced the “Pulse of the Maggots Festival”, which will stream for free on November 13th at noon PT / 3 p.m. ET. The event features 20 underground bands and is presented by MusiCares and Rock Against Racism.

The streaming show will take place across three virtual stages, like an actual metal fest, with the 20-band bill highlighted by a diverse assortment of acts from various locals such as Mexico’s Cerberus and British djent-rap fusionists Hacktivist.

More information and “Pulse of the Maggots Fest” merchandise can be found at this link. Check out the show poster and watch the video signing with Clown below. 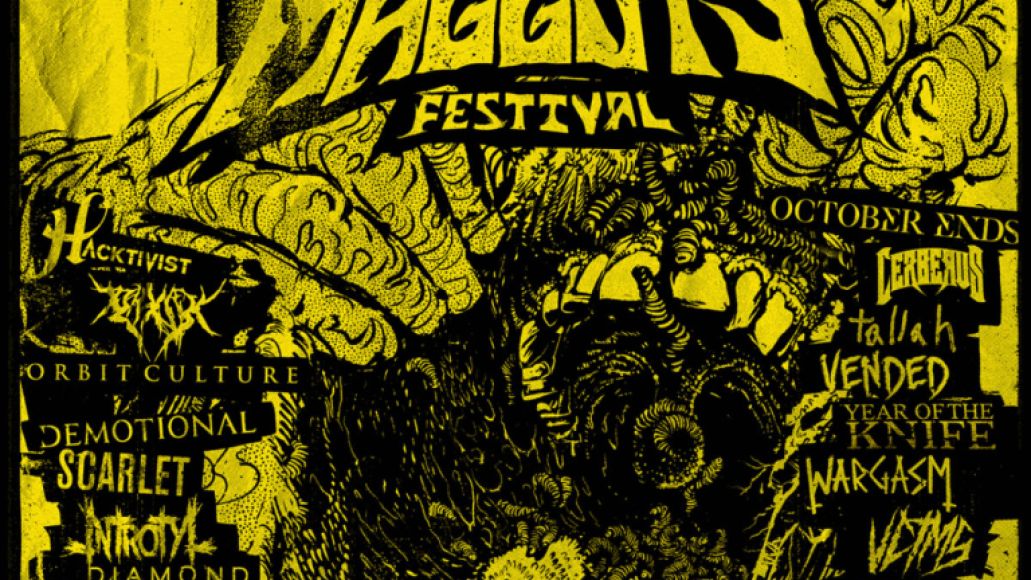 Slipknot Get Together to Write Music for New Album