The Pitch: NASA’s astronauts are the best of the best, lifelong professionals who dedicate their intellect and resolve to boldly going where no man has gone before. Before they can do that, though, they have to go through extensive training in the Arizona desert, simulating life on the moon in all its isolation and resource scarcity. For Cap (John C. Reilly), Rook (Tim Heidecker), and Skip (Fred Armisen), it’s a responsibility they take with the utmost seriousness; unfortunately, they might not be the best people for the job.

The Wrong Stuff: Space-themed comedies are all the rage this year, between HBO’s droll Avenue 5 and Netflix’s execrable Space Force. Moonbase 8 sits somewhere between these two on the scale, funnier than the latter and less incisive than the former; it’s a deadpan sitcom of the Portlandia mold, which makes sense given its provenance (Portlandia director Jonathan Krisel directs many of the episodes).

The premise is simple, and rarely deviated over the course of the six episodes of this first season: what happens to the also-rans of NASA, the mediocre middle-aged dudes past their prime who never gave up on their dream? What the show does is trap these archetypes in a bubble, cast them with effortless comic performers, and just let them riff. 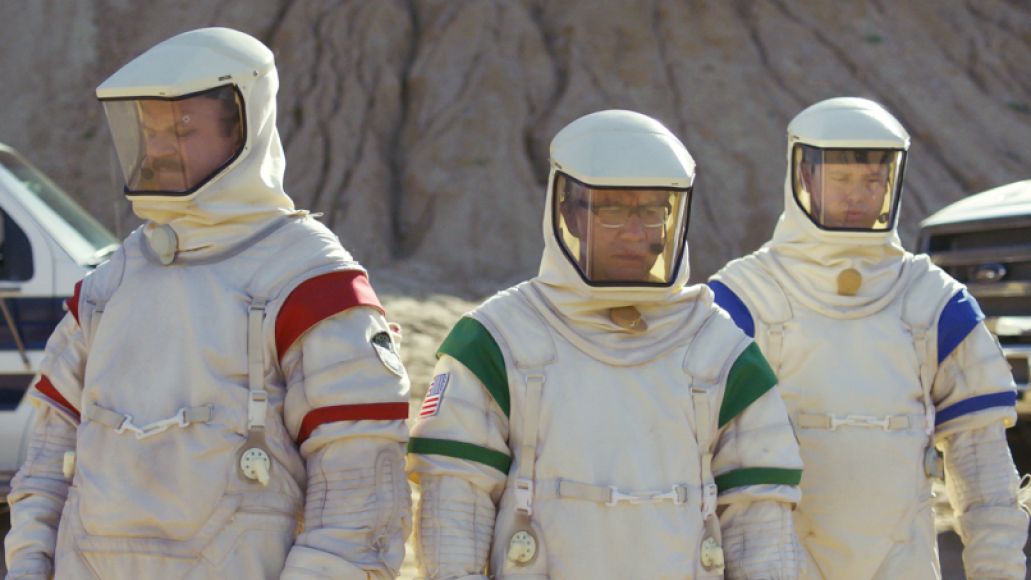 To their credit, the cast differentiates their characters quite well: Reilly’s Cap is a blustering, over-the-hill deadbeat dad who wants to go to Mars to prove he’s not a complete piece of crap. Heidecker’s Rook is a deeply religious man (whose faith, refreshingly, is never punched down on) who wants to impress his family back home. Armisen’s Skip, meanwhile, is the son of a famous NASA figure trying to forge his own path.

They’re men desperate for recognition and validation, whose enthusiasm outweighs their skill, and that lends Moonbase 8 an intriguing sense of pathos. There’s a tragicomic element to Cap, Skip, and Rook’s breathless commitment to their NASA mission, languishing in a training camp while younger, more competent people pass through the program with flying colors. It’s almost like Hillbilly Elegy meets The Martian.

It’s Free Real Estate (on the Moon): Despite the show’s title, it’s not set on the moon, but its characters have to pretend they are on the moon, right down to wearing spacesuits any time they’re outside. It’s that commitment to the bit, both as actors to their characters, and the characters to their situation, that makes some of the show’s best gags work.

The season’s best episode features a not-so-friendly rivalry with the young, hip, SpaceX-funded astronauts (Alia Shawkat, Thomas Mann, and Adam Lambert) doing their own simulation just down the way. Naturally, they scoff at the old men from the dated space program who suffer budget cuts and commit too hard to the ‘we’re in space’ bit. But by the time those masks come off, we suddenly root for these old farts to maintain that commitment. 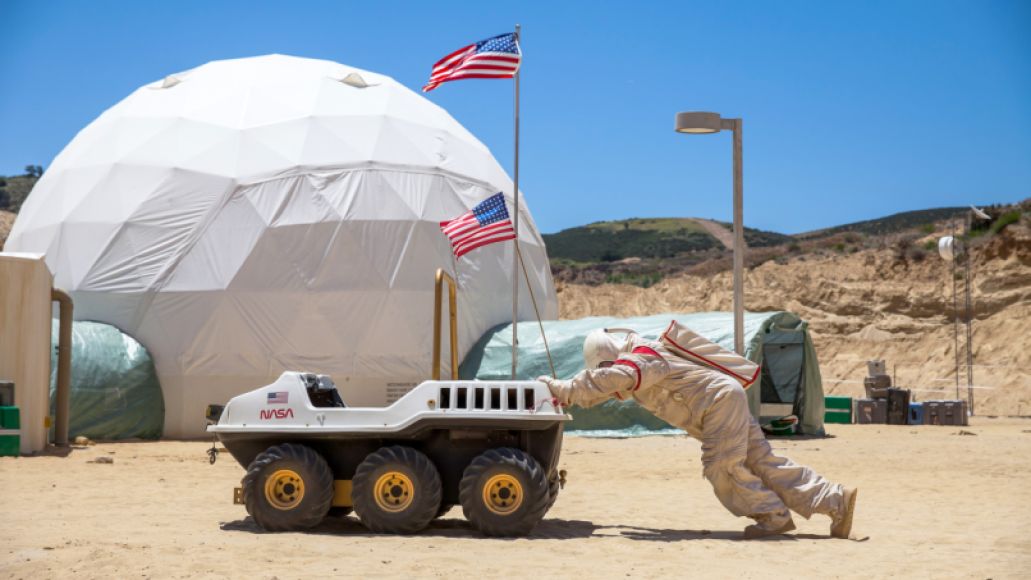 Funny, But Not Like ‘Ha-Ha’ Funny: The biggest challenge for Moonbase 8 is that it’s often crippled by its own constraints. There’s a quirky quaintness to the proceedings, but that also means they don’t reach for jokes as often as you might expect. The series premiere has a killer turn from Kansas City Chiefs tight end Travis Kelce, brought onto the program for PR purposes only to bully Cap and crew around. One episode features a subplot about “The Skip Test”, where Skip stages a sting to test whether Cap would kill him for being a Russian agent, and the rest of the episode deals with the psychological fallout that brings for both men.

It’s droll, but tight and focused, even if some episodes pull that off better than others. Even six episodes in, the basic premise gets a little repetitive; there are only so many outside forces you can bring into a show like this before you’re making them deal with cattle stampedes, after all. But it’s that sense of consistency that makes the show’s simplicity feel rewarding, as long as you buy into the modesty of its stakes.

The Verdict: Moonbase 8 may not have the laugh-a-minute ratio of other workplace comedies like The Office, but it’s not trying for that. Instead, Krisel and the cast delight in finding ways to mine subtle comedy from the folly of earnest but bumbling men who’ve got the spirit, but not the talent, to escape their own gravity. They’re dumb, but they’re not idiots, and maybe that’s what makes them so charming. I’d love to see more of these guys; just for the love of God, don’t let them near an actual rocketship if you can help it.

Moonbase 8 Is a Charming But Weightless Astronaut Comedy: Review