Our Annual Report continues this week with the announcement of K-Pop superstars BTS as our 2020 Band of the Year. Stay tuned for more awards, lists, and articles in the days and weeks to come about the best music, film, and TV of the year. If you’ve missed any part of our Annual Report, you can check out all the coverage here.

Every so often, there comes a moment in art that feels like a paradigm shift — a moment that will forever act as a dividing line between what came before and what is to follow. (Pre-James Brown. Post-Hamilton. The Black Panther effect.) Just as rare is an act that takes off like a bullet train, blazing forward with uncontrollable momentum, leaving behind the stragglers who were too stuck in their ways to join for the ecstatic ride. Somehow, BTS is both.

To list out the accomplishments, broken records, and firsts the pop septet have achieved would take up page after page, so consider this year’s accolades alone: first Korean act to land at No. 1 on the Billboard charts (with “Dynamite”). Then, just a few weeks later, the first act in history to debut a non-English language song at the No. 1 spot (with “Life Goes On”). First Korean group to ever receive a Grammy nomination. First band in history to debut a song and album at No. 1 in the same week. Dizzyingly, these events are all from the last few months, but the Bangtan Boys released two full albums this year, Map of the Soul: 7 and BE, both of which went No. 1. To have achieved any of these accolades over the span of a career would be remarkable; to have achieved them all in 2020 is almost miraculous.

Thankfully, those who haven’t yet jumped on board with the speeding train that is BTS seem to finally be moving past the phase of head-scratching and bewilderment at how they “happened” in the first place. While all seven members (RM, Jin, SUGA, J-Hope, V, Jimin, and Jungkook) are great dancers, they didn’t win the world over through their choreography alone. Yes, they’re also endearing and polite and charismatic, and they produce hours upon hours of intimate, docu-style content to enjoy, but these factors aren’t enough to capture global attention in the oversaturated modern media landscape. 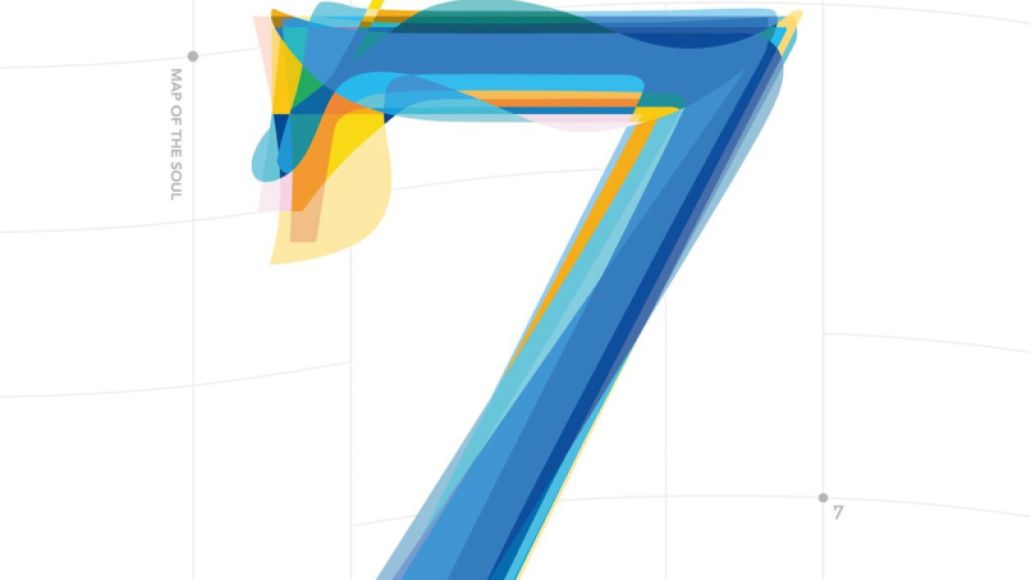 Instead, it is their passion for their craft that seems to transcend any of the barriers or preconceived notions that stand in their way. BTS is unique, not just in the scope of boy groups but even within the Korean pop world, in that the majority of the group’s catalogue features lyrics by the members themselves. “It’s an organic process as we work … and we do have a desire to expand our boundaries,” J-Hope explained to Consequence of Sound. “[Our fans’] reactions motivate me to dive deeper into my research and make better music.” The band are dedicated and curious writers and producers who, by sharing their honest stories, have amassed seven years of genre-eclipsing music chronicling their transformation from hungry, audacious young men into thoughtful, confident adults.

BTS landed five No. 1 albums in the United States faster than any band since another beloved international pop group: The Beatles. The comparisons are tempting, and many are valid. The Beatles were also initially written off as the result of a passionate, female-dominant fanbase, but they grew to be regarded as venerated songwriters and artists ahead of their time. The difference lies primarily in the fact that The Beatles didn’t have to also overcome a language barrier, working overtime to sway awards circuits or a radio industry that seemed indifferent to their songs every time the lyrics weren’t easy or accessible. Maybe they aren’t the next Beatles; maybe they are simply the first BTS.

In the past, our Band of the Year award has gone to groups like Pearl Jam, Arcade Fire, The Roots, and Tool. While BTS marks something of a departure from this collection, the common threads running through our past selections are authenticity, reach, perseverance, genuine voice, and commitment to music. When consulted through this lens, the BTS boys float to the top with ease. Remember, too, that “Dynamite” was released with the explicitly stated goal of simply bringing a bit of joy to fans in a profoundly difficult time. (Broken records and a Grammy nomination were just a happy accident.) I’ve written in the past that I think often of a text from a friend asserting that BTS should stand for Boys To Stan. I also think, in 2020, it could accurately mean Bring The Serotonin.

It’s been something of a banner year for Korean art, and it feels like a lifetime ago that Bong Joon-Ho’s Parasite swept the Oscars. BTS’ first appearance on an American awards show was at the AMAs in 2017. To look back at the performance now is illuminating, and not just because it’s hard to remember the feeling of being in a packed arena. The audience reactions to the performance of “DNA” are as divided as they come: some people, presumably members of the BTS ARMY, are in tears. Ansel Elgort is recording the performance on his phone. Many audience members seem to have no idea what’s going on whatsoever. The BTS impact since that first performance is undeniable — should the boys have the chance to perform at the Grammys this year (which should be a no-brainer for the Recording Academy), they will no longer be regarded as something of a novelty or a fad.

In their refusal to be sidelined, BTS have opened the door for other international artists in the United States, particularly those from Asia, ensuring that they aren’t seen as an oddity but are instead allowed on the same playing field as everyone else. I’m reminded again of what Bong Joon-Ho said at the Oscars: “Once you overcome the one-inch-tall barrier of subtitles, you will be introduced to so many more amazing films.” In a time when Genius translations and lyric interpretations are sometimes built directly into our favorite music apps, it’s a disservice to ourselves to ignore the world waiting just beyond our native languages.

If you haven’t already, spend a moment with BTS’ recent NPR Tiny Desk performance, a three-song run that packs an undeniable punch. It kicks off with an ecstatic rendition of “Dynamite” but switches gears in the second song with “Save Me”, an electric pop track released nearly five years ago. The boys wrap the set with “Spring Day”, a lyrical hip-hop track that holds special meaning for both the band and fans. The song has a reputation for being a bit unshakable, making appearances on the charts and stubbornly showing up after every new BTS release as the ARMY returns to the now-nostalgic track time and time again. The song choices are intentional: the set is a perfect encapsulation of the breadth of the band’s discography, simultaneously showing off the fact that gems tucked away as B-sides shine ridiculously bright. No skips here.

The week that BTS landed their long overdue Grammy nomination, six of the seven members sat down to answer some of our questions. While SUGA was unable to join, as he is in the process of recovering from shoulder surgery, his presence is impossible to miss in light of the historic nomination. Over years of interviews, SUGA became the group’s go-to spokesperson when asked about the elusive Recording Academy — in the past, when such an acknowledgement felt so far out of reach, the boys would often joke that they were dreaming too big, after which SUGA would reinforce, “The bigger the dream, the better.” Members of the BTS ARMY now understand SUGA’s stated goals to be a bit prophetic: Grammy nomination? Check. BTS song with Korean lyrics at No. 1 on the charts? Check. Now, all we can do is wait to hear the group’s next, wildest dream. And then watch them achieve it.

“It’s a great feeling,” J-Hope told us. “Having people who listen to your music, that’s a joyful thing.”

There is a certain, specific kind of joy that comes with watching people do what it seems they were put on this earth to, and that magic shimmers around the members of BTS when they are performing seated on stools with a small backup band just as brightly as it does when they are executing a dance break in an Olympic-sized stadium. There’s another kind of joy that comes with watching people who have worked tremendously hard to become masters of their craft achieve groundbreaking success, who then receive every victory with boundless ecstasy. It’s good to have something to root for these days.

In an overwhelmingly unpredictable time, one thing seems to be clear: the bullet train that is BTS is going to continue its forward trajectory, whether naysayers like it or not. The question is — if you haven’t hopped aboard already — will you be coming along for the ride?

Editor’s Note: Check out our exclusive video interview with BTS up above. If you have trouble viewing the video, you can also find it on YouTube.