The Pitch: Tom Hanks and Paul Greengrass are reuniting seven years after their intense thriller Captain Phillips. This time, with News of the World, both men are venturing into a new-to-them genre: the Western. Does the combination make for a welcome Christmas present?

America’s Dad Goes West: Considering how long he’s been America’s Dad, it’s honestly a little surprising to realize that Tom Hanks hasn’t ever starred in a Western before. Though the genre is far less popular now than it was in the ’50s, the closest Hanks has ever gotten to hanging around the Old West is by voicing everyone’s favorite pull-string doll, Sheriff Woody, in the Toy Story movies. But Hanks, known as much now for his love of American history, his collection of typewriters, and other quaint eccentricities, has finally arrived in an old-school adventure with News of the World.

Though Greengrass cut his teeth with the sweaty, shaky-cam-infused Bourne films, News of the World is a much less jittery affair than even Captain Phillips. Hanks portrays a Civil War veteran, Captain Jefferson Kyle Kidd, who makes his trade in 1870 by reading the news in small towns across Texas that would otherwise not learn of the goings-on around the country and the world. One day, Captain Kidd stumbles upon the aftermath of a massacre, and is greeted by the sight of a feral girl (Helena Zengel) who was taken by a Native American tribe from her family years ago. Out of a sense of duty, Captain Kidd agrees to take her home to her next of kin, hundreds of miles across Texas. 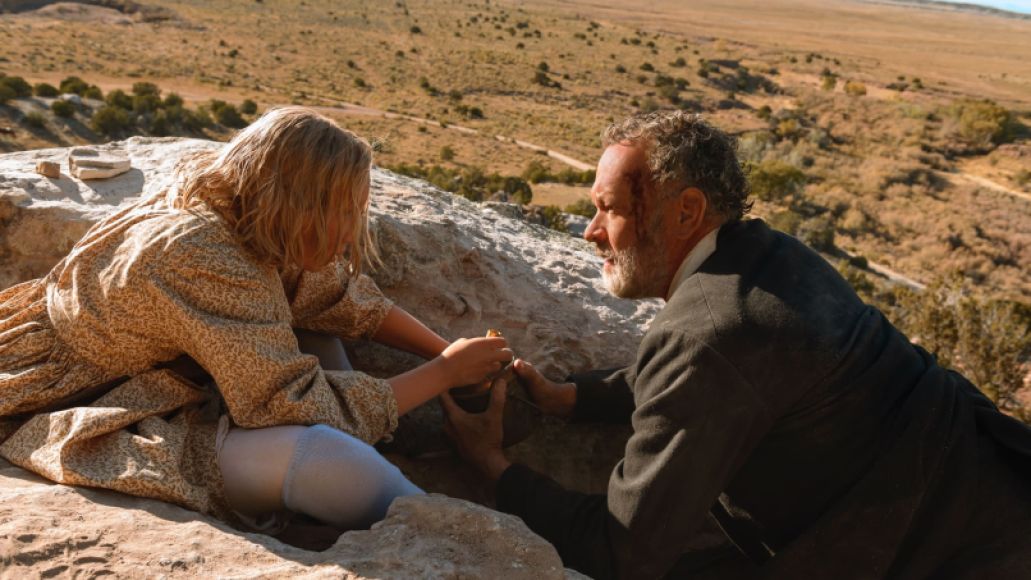 An Uncomplicated Story: News of the World doesn’t have much more on its mind than expanding the connection between Captain Kidd and the girl, whose name he learns is Johanna. (She’s spent so much time with the Kiowa tribe that she doesn’t even realize that’s the name her dead parents gave her.) Although there’s a general sense of unease and menace throughout Kidd and Johanna’s travels, News of the World doesn’t quickly establish some intense chase between these two and a mysterious or vicious captor. And though there is the vague awareness that the Kiowa tribe may have committed a great sin by kidnapping a young girl, the real threat to Captain Kidd and Johanna are other white men trying to make their way in post-Civil War Texas.

This is a longer way of saying that the simplicity of the script of News of the World is both a benefit and slight demerit. Tom Hanks, as he enters his senior years, remains one of the most confident screen presences of the last few decades. He’s at ease reading the news — really, performing it — to slightly receptive audiences as he is in wielding a shotgun as he fends off some attackers. (Hanks’ gun-wielding occurs in the film’s best setpiece, arriving roughly halfway through.) Though Hanks doesn’t lean too heavily on an accent, he’s perfectly in place as Captain Kidd, a folksy type whose kind exterior belies sadness related both to his past and the war itself. No one else working today could play a role like this. 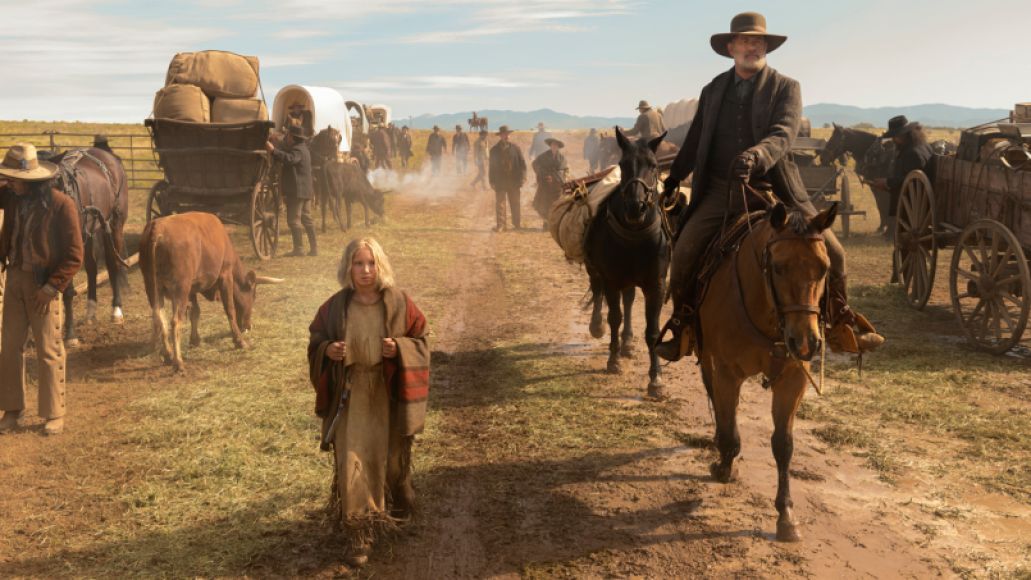 A Big-Screen Western Without Urgency: The downside to News of the World being so straightforwardly written and directed — Greengrass doesn’t entirely eschew his now-familiar shaky-cam style, but it’s used far more sparingly and in a story that doesn’t require it too often — is that its presence in a movie theater feels as quaint as Hanks’ predilection for old-timey things itself. Though Netflix will be releasing this film around the world, in the United States, you can stop by your local theater to watch the film starting on Christmas Day. (For context, this reviewer watched News of the World on a digital screener in the comfort of his home.)

News of the World is not the kind of film that must be seen in a movie theater right now. But then, it’s not entirely clear that you would need to see this in a movie theater at any point. Though Greengrass and cinematographer Dariusz Wolski do their best to capture the vast expanses of Texas and its wide, extensive vistas, News of the World often shows its seams when it opens up to the larger world. The film’s use of green-screen is perhaps unavoidable, but being distracted by its presence is equally unavoidable. 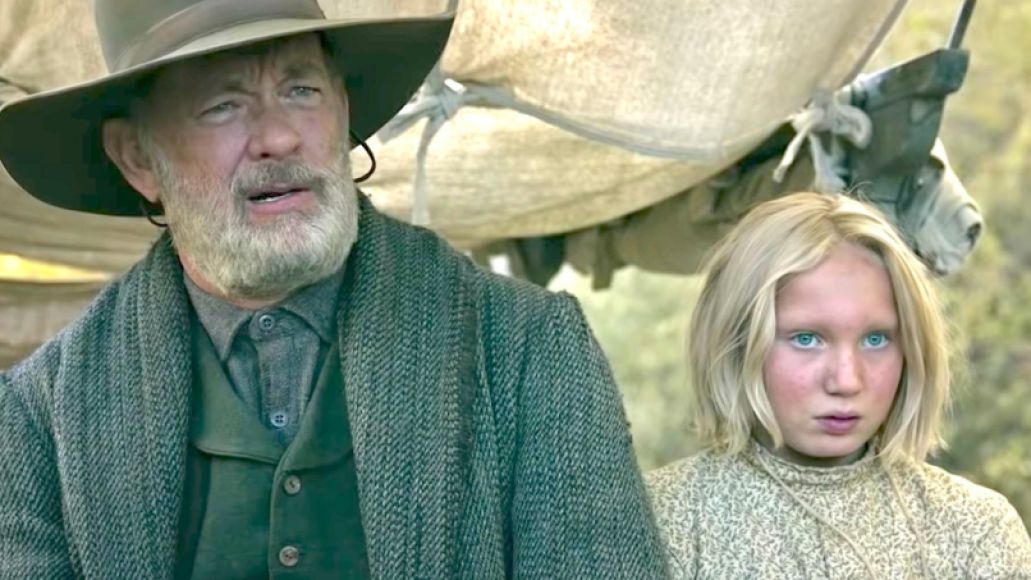 A Western Without Edge: News of the World, like many 2020 films, would likely be boosted in its quality if you got to see it on the big screen, in part because it would just be so damn wonderful to feel comfortable at the movies right now. But watching the film on a smaller screen only makes its flaws more evident. Most specifically, a throwback Western that mostly tries to sidestep any edgier, darker elements is a fine creative goal but it makes for an almost timid final product. The set piece in which some grim-looking characters try to kidnap Johanna after failing to buy her outright hints at the darkness creeping into the Wild West, but News of the World wants little to do with it.

The lack of edge in News of the World ends up making it feel of a piece with Hanks’ other starring effort in 2020, Greyhound. There, he played a naval officer in World War II trying to ensure the arrival of a submarine across a particularly risky stretch of water. And there, too, was a simple, unprepossessing story that failed to stand out because it was mostly unwilling to get too grim or complex. News of the World, at least, has the benefit of Greengrass as a more seasoned director. But whereas the man often compared to Hanks, Jimmy Stewart, went darker as he got older, Hanks seems only so willing to push himself in his later years.

The Green Mile Brought Stephen King Back to the Oscars

The Verdict: News of the World is a perfectly solid, decent entry into the burgeoning sub-genre of Tom Hanks Doing Dad Stuff movies. It’s well-made, direct, and unfussy in its storytelling. But that also means it’s something you could easily wait to stream in a few months to watch while you fold your laundry.

Where’s It Streaming? News of the World hits whatever theaters remain open on Christmas Day.

News of the World Is a Solid Entry in the Tom Hanks Doing Dad Stuff Sub-Genre: Review