Oliver Stone has become one of the first people to receive Russia’s controversial Sputnik V vaccine.

Stone is in the country filming a documentary on climate change. He revealed his inoculation in an appearance on the state-run network Channel One Russia, and the story was subsequently picked up by Associated Press. “I got a vaccine shot, yeah,” he said, adding, “I don’t know if it’s going to work. I got it a few days ago. I’ve heard good things about the Russian vaccine. I have to get a second shot in 45 days or so. I have to come back. But I’m hopeful.”

Via Newsweek, the Sputnik V vaccine is only recommended for people between the ages of 18 and 60, and experts have warned of potentially harmful consequences for people 61 and up. This makes the 74-year-old director’s choice somewhat curious. Furthermore, as Nature has noted, the vaccine’s developers have been cagey about the trial protocols, and their claims of 92% effectiveness are based on only 20 COVID-19 cases among the trial participants. Surveys of Russian medical professionals have found that only about 50% of doctors plan to take it themselves, with 66% worried about the lack of public information, and 48% believing that the vaccine was rushed.

In the same interview, Stone said that, “I see Russia and China as great partners to fight climate change, to go into the future with. But that’s the problem, people who don’t understand that.” You can watch snippets of the interview — or you can try to, through the terrible audio and editing — below.

Stone was once known for his willingness to say “fuck you,” to the establishment, but in recent years his lips have been more often formed in a pucker near Vladimir Putin’s derriere. Last year he asked the President of Russia to be his daughter’s godfather — Putin demurred — and threw his support behind a bigoted, homophobic law. So while some may trust Stone’s assessment of Sputnik V, you might be better off putting your faith in the Dolly Parton vaccine. 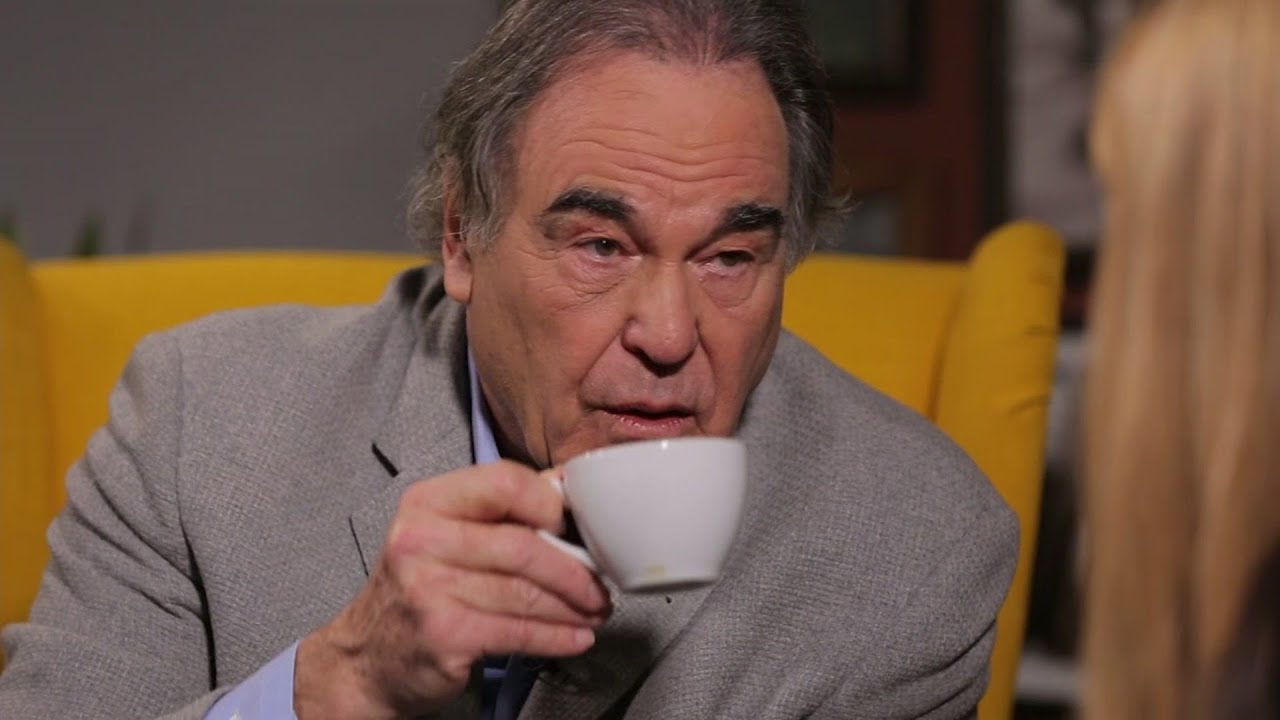