Mank, the latest from director David Fincher, is yet another feat by a filmmaker who has notched a few of them. He’s in that holy trinity of modern directors right alongside P.T. Anderson and Christopher Nolan — auteurs whose films are so defiantly theirs. Fincher would be the first to tell you that his career started off disastrously (read on for info on the Alien 3 production), so who could have anticipated all of the success that would follow both critically and financially?

Not only did our film staff agree on a ranking of Fincher’s 11 films, we went ahead and dissected each movie, as well. The director’s career is full of highlights, curiosities, and a small serving of disasters. However, all of his films remain interesting in their own ways. We hope you’ll dive into the 8,000+ words ahead and join the conversation in our comment section below as we break down the career of the great David Fincher.

Hell, I’m gonna go ahead and read it again myself.

Press Release: The trials and tribulations of a man who ages in reverse.

Inspired Casting: Pitt is surrounded by many familiar faces here, which plays a bit like cinematic de ja vu. For reference, he co-starred with Ormand in Legends of the Fall, with Swinton in Burn After Reading, with Jason Flemying in Snatch, with Jared Harris in Ocean’s Twelve, and with Blanchett in Babel. Plus, his daughter Shiloh makes a cameo as Benjamin and Daisy’s daughter Caroline, age 2. Thanks to this film, “Seven Degrees of Brad Pitt” just got a whole lot easier.

Fincher En Vogue: While Button is not one of Fincher’s better films by any stretch, Daisy’s car accident scene may be one of his most accomplished sequences. “Sometimes we’re on a collision course and we just don’t know it,” drawls Benjamin’s voiceover, “Whether it’s by accident or by design, there’s not a thing we can do about it.” Events unfold like a train chugging along, slowly picking up speed, and then running off the tracks: if the French woman hadn’t stopped to answer the phone before hailing a taxi, and if the taxi driver hadn’t stopped to order a coffee, then the fates would not have aligned as such that the taxi would come screeching at Daisy at the exact moment she was crossing the street, effectively ending her ballet career as a ballerina in one swift, sickening crash. Obviously the pacing, editing, and seductive imagery of these shots illustrates Daisy’s agony with more visceral feeling than words ever could, which is why the visual power of film remains so enticing, and also so uniquely devastating.

Alternate History: Early development of the film began in 1994 and resurfaced in 1998 with Ron Howard tapped to direct.

Short Story vs. Film: “The Curious Case of Benjamin Button”, the F. Scott Fitzgerald short story upon which Fincher’s Button is based, differs from the film in almost every way imaginable. Only Benjamin’s name, the general aspects of his aging process, and the title match the original story; the rest is completely re-written. Fitzgerald’s tale follows Benjamin from his parents’ home to a try at college to his father’s hardware store, where he meets Hildegarde Moncrief, the love interest that is Daisy in the film. He goes on to serve in the Spanish American War, then enrolls at Harvard, and comes home to find that his wife Hildegarde has moved to Italy. Eventually, he fades away as a toddler in kindergarten, unable to remember anything of his earlier life.

Oscar Fail: Button led the Academy Awards race in 2009 with 13 nominations, including Best Picture, Best Director, and Best Actor in a Leading Role (seriously), but only went home with three awards in the “blatantly rush the hardworking but non-famous people off the stage with exit music” categories: Best Makeup, Best Art Direction, and Best Visual Effects.

Analysis: Despite its impressive motion-capture aging effects and lush, often breathtaking cinematography, Button is, at its core, a disappointing dud. The dialogue shoots for poetic but usually rings hollow, the actors appear lost and confused most of the time, and the story, stretching for a painful two hours and 46 minutes, is bloated about an hour too long. And while Pitt shines in the Fincher vehicles Fight Club and Se7en, his Benjamin is a bland, soggy slice of milquetoast. Press Release: Ripley lands on a prison planet with no weapons … but she is not alone.

Hey, I Know That Guy! Renowned character actor Charles Dance plays Clemens, a bald, clean-shaven, disgraced doctor who supervises-then-sleeps with Ripley on the prison planet. In the early ’90s, Dance was best known to audiences as a go-to villain, having played the heavy against Eddie Murphy and later Arnold Schwarzenegger in The Golden Child and Last Action Hero, respectively. Now, of course, he is best known for his portrayal of Tywin Lannister on HBO’s Game of Thrones. No spoilers!

Fincher En Vogue: Ripley, in full-on Christ mode, sacrifices herself to save humanity, falling in slow-motion towards a fiery end. In the Assembly Cut of the film, this somber moment isn’t interrupted by an alien bursting out of Ridley’s chest mid-fall. Seriously, go with the Assembly Cut if you’ve never seen the film in any form, even though I just spoiled the hell out of the ending.

Score! Eliot Goldenthal had a tough act to follow. James Horner’s action score dominated Aliens, and before him it was Jerry Goldsmith’s nightmarish subtleties, which perfectly underscored Alien. In his first and only time working with Fincher, Goldenthal’s score mirrors that of Goldsmith’s. Fincher was attempting to return the franchise to its suspenseful roots sans heavy artillery (hell, there are no weapons in the prison, at all). As to whether or not the score is as memorable as either earlier entry, if you asked me to hum one bar of music from Alien 3 I would be unable to do so.

Alien 3 Will Be Set on Earth…NOT! Before the official story had been agreed upon, producers rushed this teaser to theaters. It’s an effective piece of marketing: the letters slowly forming to create the title of the film, the return of the cracking egg, news of Weaver’s return, and the promise that we will discover “on Earth, everyone can hear you scream.” What a trailer! Unfortunately, it was mostly bullshit, considering the fact that the movie does not take place on Earth at all. Ripley’s clone eventually returned home in Alien: Resurrection, but real-deal Ripley never did.

Production from Hell: During the making of Alien 3, the story was constantly being re-written, and poor Fincher had to begin shooting his first movie without a finished shooting script. Despite his best efforts, the first-time director had his work taken away from him by producers, and Fincher has since disowned the film. He told the BBC in 1993: “The lesson to be learned is that you really can’t take on an enterprise of this size and scope if you don’t really have a movie like The Terminator or Jaws behind you. When Steven Spielberg comes in and says, ‘I made Jaws, the biggest grossing film of all time and I want $18 million to do Close Encounters,’ which is probably the equivalent to what we spent, it’s very nice to be able to say, ‘This is the guy who directed the biggest grossing film of all time. Sit down and shut up, and feel lucky that you’ve got him.”

Aforementioned Assembly Cut: While not officially Fincher’s cut of Alien 3, it gets pretty close. This version plays about a half hour longer, and that’s not even including alternate takes. For instance, in this version, the alien emerges from a cow instead of a dog. There is a whole subplot removed from the movie that surrounds Golic, played by the great Paul McGann (The Eighth Doctor in Doctor Who). His character believes the alien is a devil, and his fear and awe of the creature leads him to help it escape after the prisoners successfully captured it (in the movie, the alien escapes on its own). The assembly cut is definitely the better version.

Fincher on Alien 3: To The Guardian in 2009: “I had to work on it for two years, got fired off it three times and I had to fight for every single thing. No one hated it more than me; to this day, no one hates it more than me.”

Analysis: Fincher’s probably right. Alien 3 is done in by a rushed production schedule, tampering, and an ill-fated decision to kill off fan favorites Hicks and Newt in the opening credits. However, there are a few sequences of genuine terror and suspense, and the fact that you find yourself rooting for a bunch of inmates who have committed the worst crimes imaginable is a success in itself. And, hey, it’s better than any Alien movie that followed. 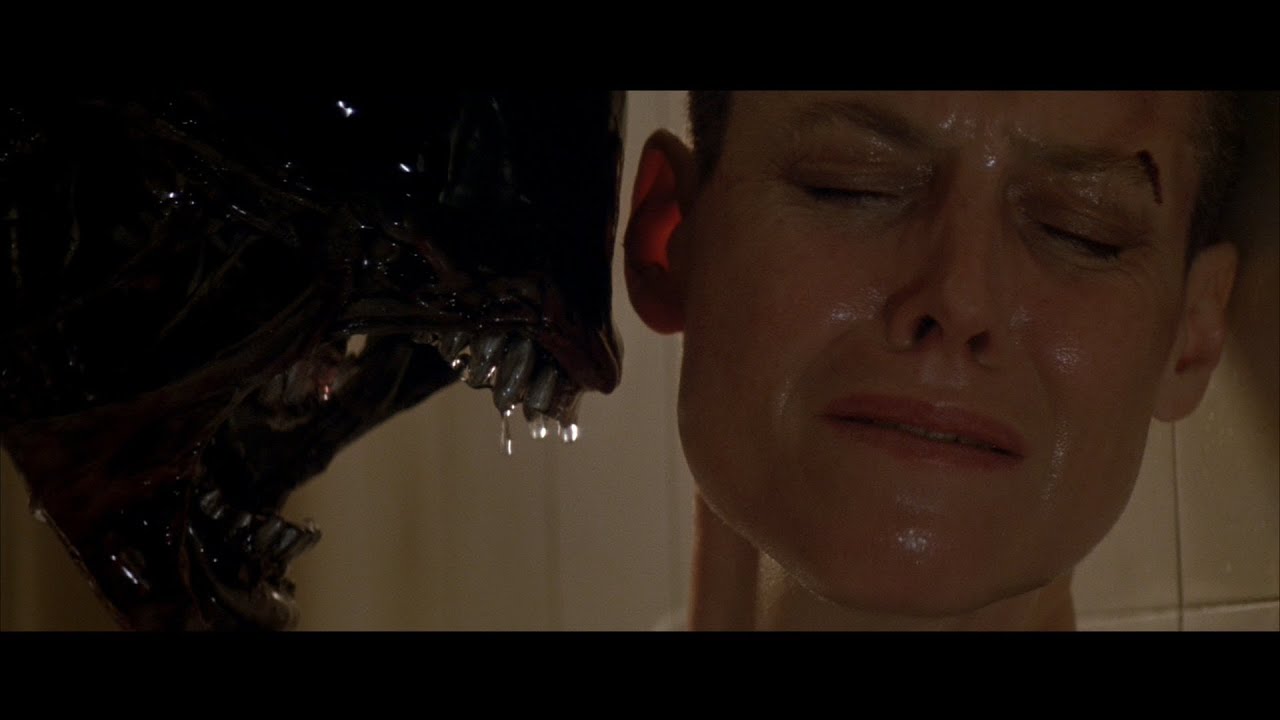 Ranking: Every David Fincher Movie from Worst to Best