The wait is finally over: Kid Cudi has released his new album, Man on the Moon III: The Chosen. Stream it below via Apple Music or Spotify.

Today’s highly anticipated project is divided up into four distinct parts: Act 1: Return 2 Madness; Act 2: The Rager, The Menace; Act 3: Heart of Rose Gold; and Act 4: Powers. Special guests throughout include the late Pop Smoke and Skepta (“Show Out”), as well as Trippie Redd (“Rockstar Knights”). There’s also a rather unexpected contribution from Phoebe Bridgers (!) on the song “Lovin’ Me”.

The Chosen marks the third and final entry in Cudi’s trilogy series that began more than a decade ago. It follows Man on the Moon: The End of the Day (2009) and Man on the Moon: The Legend of Mr. Rager (2010). On Instagram, the 36-year-old rapper offered some context on the new album and all that’s transpired in the last decade,

“In the last 10 years, Scott Mescudi has been through hell and back. After feeling like his world was over, he found hope and overcame the darkness that was plaguing his life. But happiness isn’t forever. What he thought was peace turns into a nightmare. He finds himself lost dealing with the same pain he had not felt in years. In one night, he must face himself again and fight to win back his soul from the evil Mr. Rager.”

Update: Cudi has also shared a video for “She Know This”, which is part one of a two-part short film directed by Nabil. It depicts Cudi amidst the throes of a bender as he watches the Will Smith drama, The Pursuit of Happyness.

Outside of this trilogy, Cudi last dropped a solo album in 2016 with Passion, Pain & Demon Slayin’. Two years later, he and Kanye West released their debut record as Kids See Ghosts alter ego.

The new album caps off an especially prolific 2020 for Cudi: in addition to booking roles in Bill and Ted Face the Music and Luca Guadagnino’s We Are Who We Are, the hip-hop veteran featured on tracks from Travis Scott (“THE SCOTTS”) and Eminem (“The Adventures of Moon Man & Slim Shady”). A full collaborative LP with Scott is also said to be in the works.

Man on the Moon III: The Chosen Artwork: 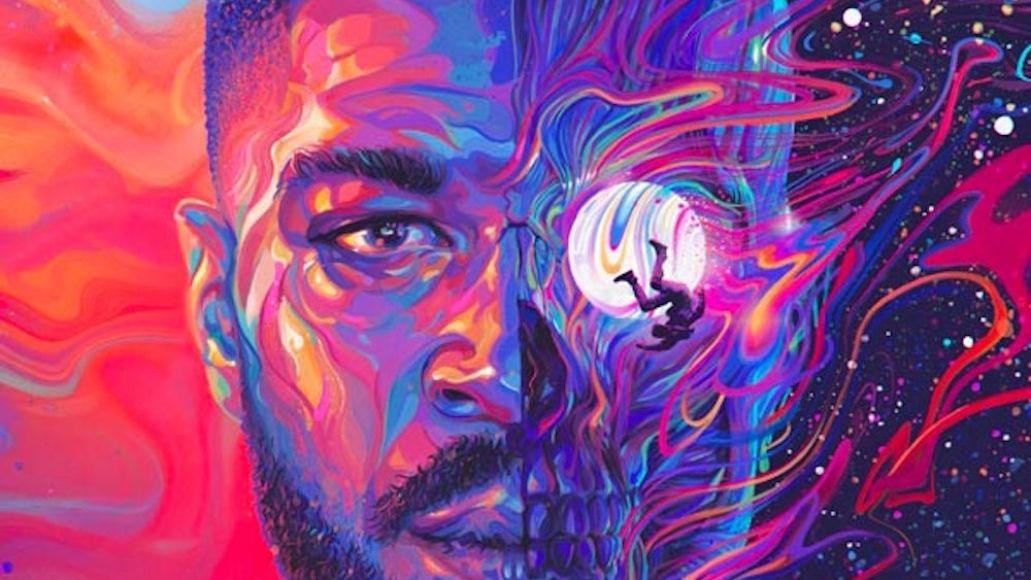