Former Composer of the Year and experimental pop artist Mica Levi has just surprise-released their debut solo album. Stream Ruff Dog in its entirety below via Bandcamp.

Levi is best known for helming the music for the 2013 film Under the Skin, which we crowned our favorite score of the last decade. The British artist has also put out five full-length LPs with their band Good Sad Happy Bad, formerly known as Micachu and the Shapes. Today’s Ruff Dog, however, marks the first record to be released under Levi’s own name.

The effort spans a total of 11 songs, including an extremely verbosely titled one called “A plain clothed Jimi Hendrix drives me to Newcastle. For some reason the trip will take 3 days and he is going to do it for £150. He drives really smoothly and only listens to one album which is by someone with Joy in their name.” Tracks “Wings” and “Pain” also come with corresponding music videos.

In a cryptic statement about the album, Levi wrote,

“a lot of pixels later there was a huge surge in frequency and some tiny clouds of knowledge burst into rain during the dress rehearsal for the collection of a lost wav file. in this moment the other clouds parted and a ray of sunshine shone onto input 1 and 2 on the audio interface – the screen brightness dimmed and instead there was a long 6 hour recording session split into 2 days in which they quit smoking and decided to live in the song. after the break the words might rhyme or come out dusty. everlasting they left the phone call.”

For more of Levi beyond Ruff Dog, they recently scored the new quarantine short film from Under the Skin director Jonathan Glazer. Additionally, Good Sad Happy Bad shared an album called Shades this past October. 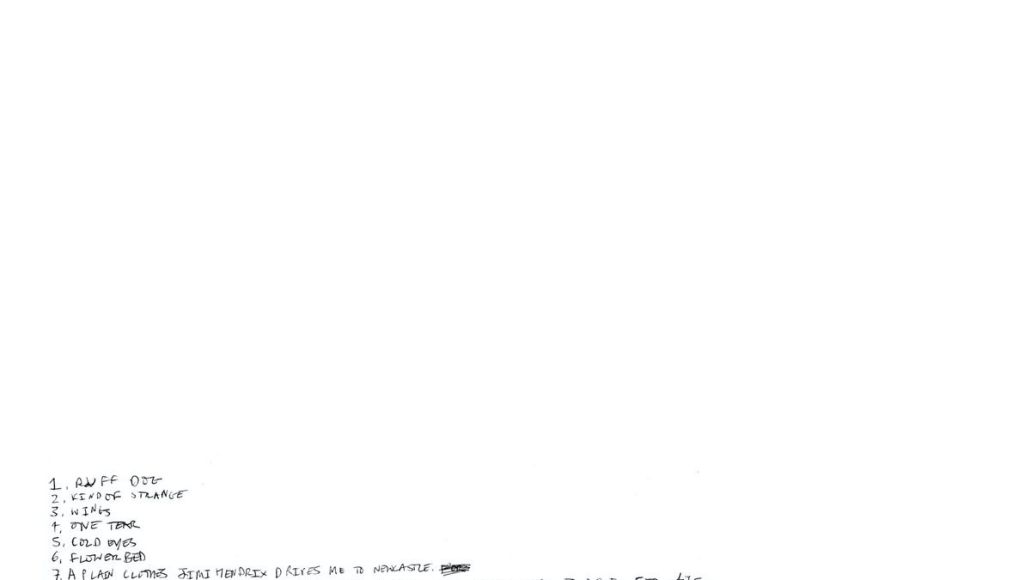