Less than five months after the release of her Grammy-nominated eighth album folklore, Taylor Swift is celebrating her 31st birthday with album number nine, evermore. Stream it below through Apple Music or Spotify. Swift has also shared a video for the first single, “willow”.

Spanning 15 tracks, evermore serves as a companion release to this summer’s exceptional folklore. It once again finds her collaborating with producers Aaron Dessner, Jack Antonoff, and Bon Iver’s Justin Vernon. In particular, Vernon appears on five songs, contributing guitar, percussion, and vocals to “ivy”, “cowboy like me”, “marjorie”, “closure”, and “evermore”.

The rest of Dessner’s bandmates in The National also pop up on a track called “Coney Island”, while Swift’s friends in HAIM join her on the evocatively titled “No Body, No Crime”. Also featured on the album is Mumford and Sons’ Marcus Mumford, who sings backing vocals on “cowboy like me”.

In a statement announcing the album, T-Swift confirmed that these songs came out of the folklore writing sessions, which felt different than previous studio efforts. She explained, “To put it plainly, we just couldn’t stop writing songs. To try and put it more poetically, it feels like we were standing on the edge of the folklorian woods and had a choice: to turn and go back or to travel further into the forest of this music. We chose to wander deeper in.I’ve never done this before. In the past I’ve always treated albums as one-off eras and moved onto planning the next one after an album was released. There was something different with folklore. In making it, I felt less like I was departing and more like I was returning.”

Swift is also taking pre-orders for a deluxe edition of evermore featuring two bonus tracks: “right where you left me” and “it’s time to go”. It’s expected to ship in three to four weeks.

Last month, Swift released a folklore-focused film and live album called the long pond studio sessions. Today, December 11th, Swift will participate in Cyndi Lauper’s holiday concert livestream at 8 pm ET. A few weeks ago, Scooter Braun sold her masters for an estimated $300 million, but Swift is still planning on re-recording her old songs, and that process began with “Love Story”’s appearance in a Match ad written by Ryan Reynolds. 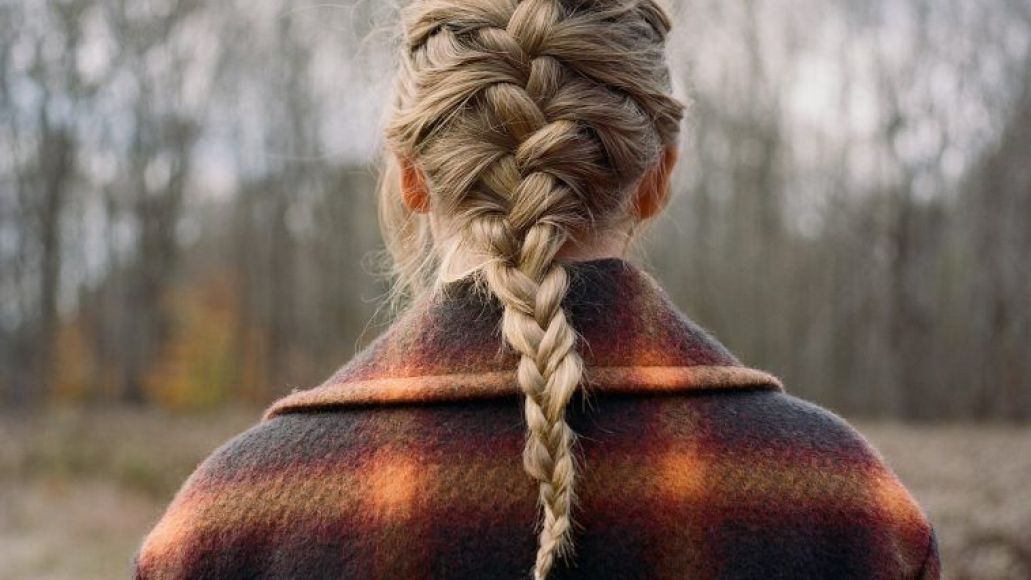 Deluxe Edition Bonus Tracks:
16. right where you left me
17. it’s time to go

I’m elated to tell you that my 9th studio album, and folklore’s sister record, will be out tonight at midnight eastern. It’s called evermore.
📷: Beth Garrabrant pic.twitter.com/xdej7AzJRW

I’ve never done this before. In the past I’ve always treated albums as one-off eras and moved onto planning the next one after an album was released. There was something different with folklore. In making it, I felt less like I was departing and more like I was returning.

And I loved creating these songs with Aaron Dessner, Jack Antonoff, WB, and Justin Vernon. We’ve also welcomed some new (and longtime) friends to our musical kitchen table this time around…

Ever since I was 13, I’ve been excited about turning 31 because it’s my lucky number backwards, which is why I wanted to surprise you with this now. You’ve all been so caring, supportive and thoughtful on my birthdays and so this time I thought I would give you something! pic.twitter.com/wATiVSTpuV

There are 15 tracks on the standard edition of evermore, but the deluxe physical edition will include two bonus tracks – “right where you left me” and “it’s time to go” ⌛️

All *digital downloads* of the album will include an exclusive, digital booklet with 16 brand new photos. You can pre-order evermore now at https://t.co/QYMUTL0IAj

Tonight the story continues, as the music video for “willow” drops at midnight eastern. pic.twitter.com/T3o0nsANpY