We’re not worthy: The latest episode of Josh Gad’s quarantine charity series Reunited Apart brought together the cast of Wayne’s World alongside legendary rockers Alice Cooper, Brian May and Roger Taylor of Queen, and Steven Tyler and Joe Perry of Aerosmith. Schwing!

The 1992 film was based on a popular SNL sketch, which itself had roots in the “Wayne’s Power Hour” segments on the 1987 Canadian series It’s Only Rock & Roll. Like other editions of Reunited Apart, this one began with a tortured comedy bit where Gad pretended that the whole thing hadn’t been meticulously planned. Here, he dials up Joe Perry and Steven Tyler, but only to ask for the phone numbers of Mike Myers and Dana Carvey, who played Wayne and Garth. “You brought us — two world famous rockstars — on your show to get in touch with two people we casually know?” Tyler wondered. The answer, as you’ve guessed, is “yes.”

After the mock outrage mercifully ended, Myers and Carvey resurrected their characters for a brief sketch with Aerosmith. It honored the rockers’ 1990 appearance on SNL as well as their cameo in Wayne’s World 2, and Tyler ended up the butt of the joke. Beyond that, Aerosmith departed, and the reunion began in earnest.

Dozens of other familiar faces joined Reunited Apart, including director Penelope Spheeris and actors Tia Carrere, Rob Lowe, Ed O’Neill, Lara Flynn Boyle, Michael Hagerty, Colleen Camp, Ione Skye, Lee Tergesen, Charles Noland, and Alice Cooper. Gad asked everyone how they came to be involved with the film, which led to some funny stories, including the fact that Hagerty had auditioned directly after filming an appearance on Star Trek — in full Klingon makeup.

The special didn’t include a full table read, but Gad did prompt the cast to recreate some of their most iconic lines. Cooper talked about his famous speech where the character of ‘Alice Cooper’ showed off his expertise on the city of Milwaukee, Carvey once again asked, “Did you ever find Bugs Bunny attractive when he put on a dress and played a girl bunny?”, and there were repeated calls of “Party Time! Excellence!”

At one point, the surviving members of Queen joined the call to discuss the film’s interpretation of “Bohemian Rhapsody”. Myers told a story of meeting Academy Award-winning composer Harry Mancini, who said, “Hey kid! That thing you did with “Bohemian Rhapsody”: one of the greatest moments of music in film. And I’m Harry fucking Mancini!”

The Cinematic Immortality of Jimi Hendrix

The reunion benefitted the First Responders Children’s Foundation, and you can check it out below. At the end, Gad teased that the next episode of Reunited Apart would involve Karate Kid and arrive December 21st. It’s been a full year for charitable reunions, and previous livestreams included the casts of Ghostbusters, Lord of the Rings,The Goonies, Back to the Future, and The Princess Bride. 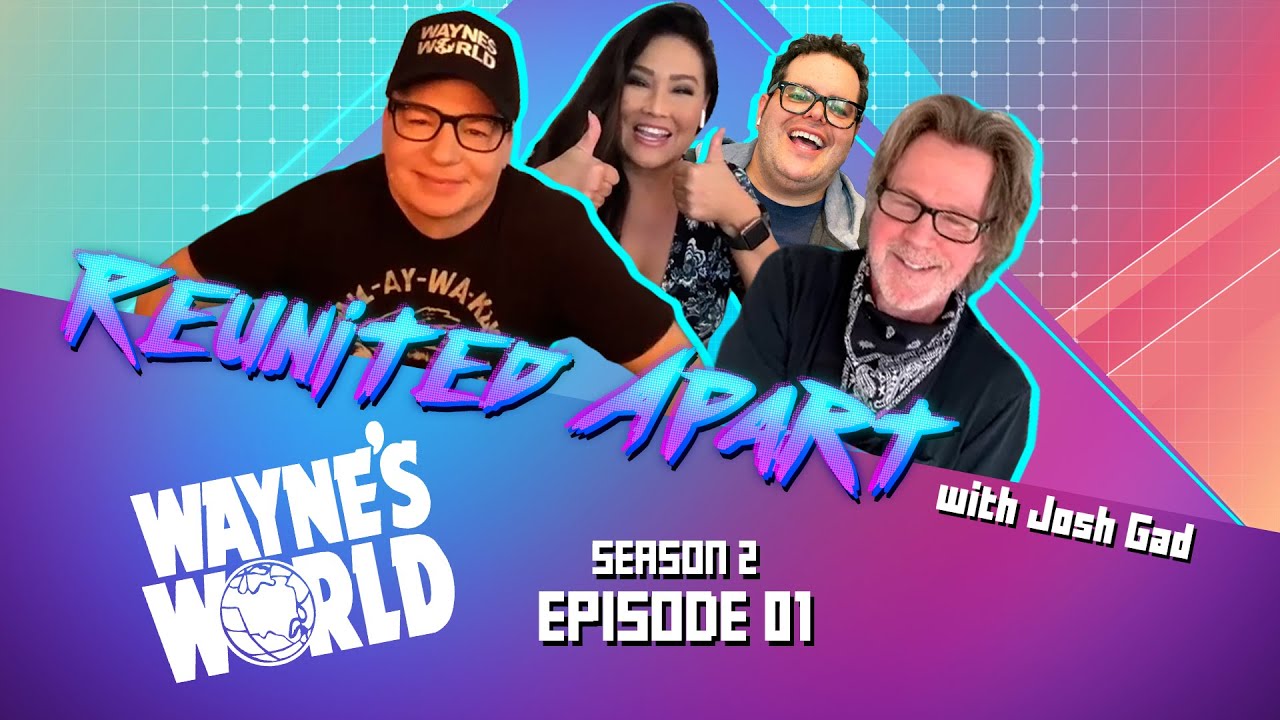