While the film industry took a hard hit from the COVID-19 pandemic, leading to empty theaters and a shaky transition to streaming for even the most expensive blockbusters, TV kept chugging along, keeping us sane in the craziness that was 2020.

Now, 2021 is upon us, with the prospect of a new political dawn and the (hopeful) end of the pandemic in sight by at least the middle of the year. We’ve still got a ways to go, but TV might just have to be our savior once again.

Luckily, there’s a mix of returning favorites and new potential classics on the horizon, whether it’s continuations of long-dormant series (Gossip Girl, Friends, Dexter) or the beginnings of Disney+’s burgeoning onslaught of Star Wars and Marvel content.

Even as movie studios rend their garments, figuring out when to release their biggest offerings, TV will be there for us, plugging new, exciting stories into our eyeballs right on schedule. Or, you know, if production permits (see: Stranger Things 4).

Like it or not, we’re about to have more TV than we know what to do with, even as we have more time at home to consume it. Still, we’re excited about a good deal of it, and we’ve got a murderer’s row of recommendations to guide your viewing habits. 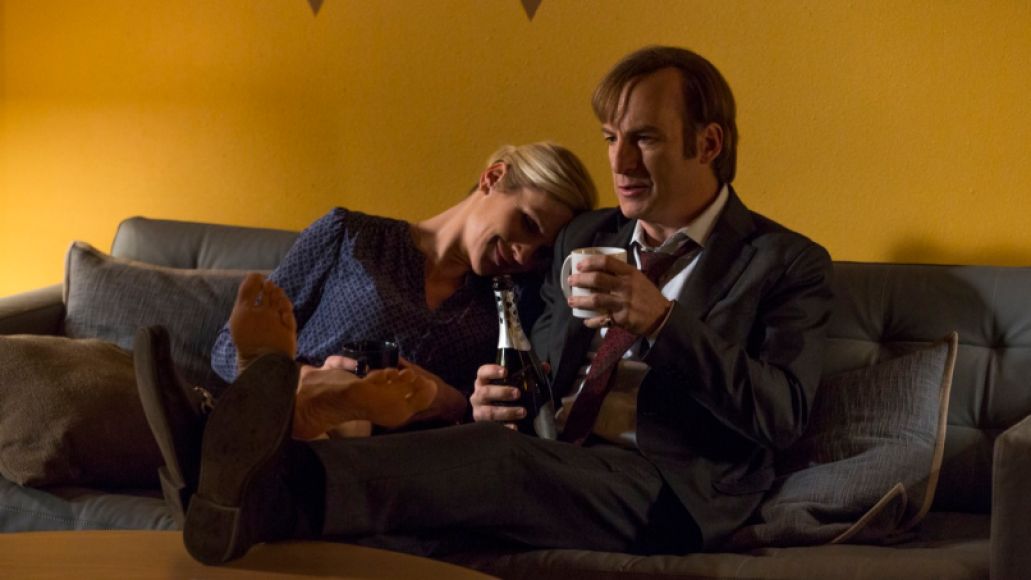 Here’s the rub about Season 6 of Better Call Saul: Not only is this the final season of the Breaking Bad spinoff series, but more than likely the final go-around in Vince Gilligan’s Albuquerque universe. So, yeah, the bar is pretty high for this last batch, and Gilligan and co-creator Peter Gould are well aware of the circumstances. Fortunately for them, the proverbial chess pieces are all in order: Saul and Kim are curiously on the same page, Gus and Mike are ready to cook, Nacho is dangling over molten lava, and Lalo is ready to bring a sandstorm back to New Mexico. “We’re going to learn things about the fates of a lot of these characters that may surprise people or certainly throw them into a different light,” Gould recently teased to Deadline. With shooting slated to begin in a matter of months, here’s hoping we can break out the Zafiro Añejo before December. –Michael Roffman 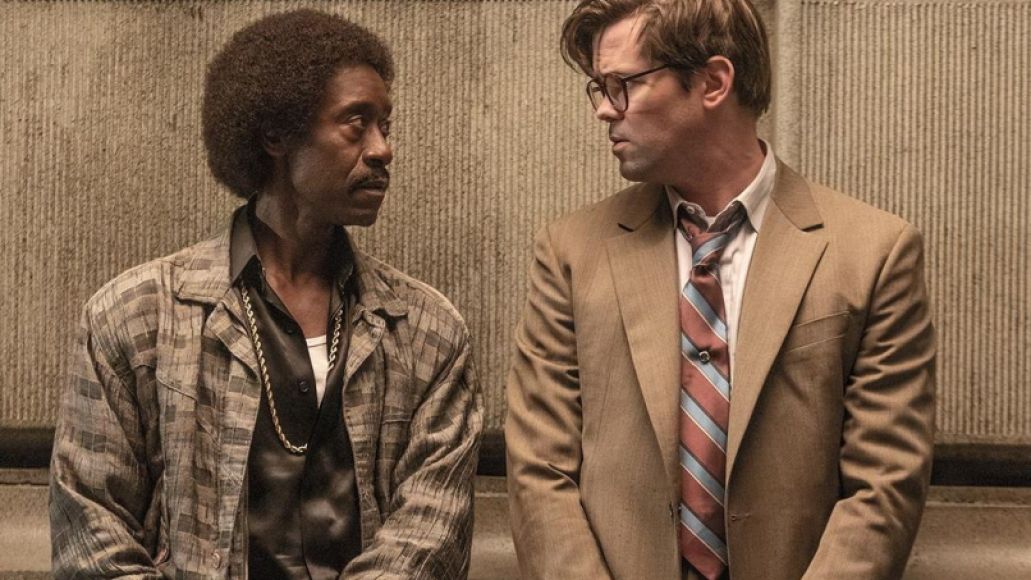 The last season of Black Monday dramatically altered the series’ status quo, with each big shift coming at a price. Mo gained his freedom, but it came without credit and, more importantly, sans Dawn. Dawn herself is locked up but finally gained the recognition she so richly deserved. Blair has the power he’s been after for so long, but at the cost of everything else in his life. Even Keith finally has a friend … who’s nuts. How these characters will bounce off one another once again, when so much of their landscape has shifted, is cause for plenty of excitement and anticipation for Season 3 of TV’s most underrated comedy. –Andrew Bloom

The Book of Boba Fett 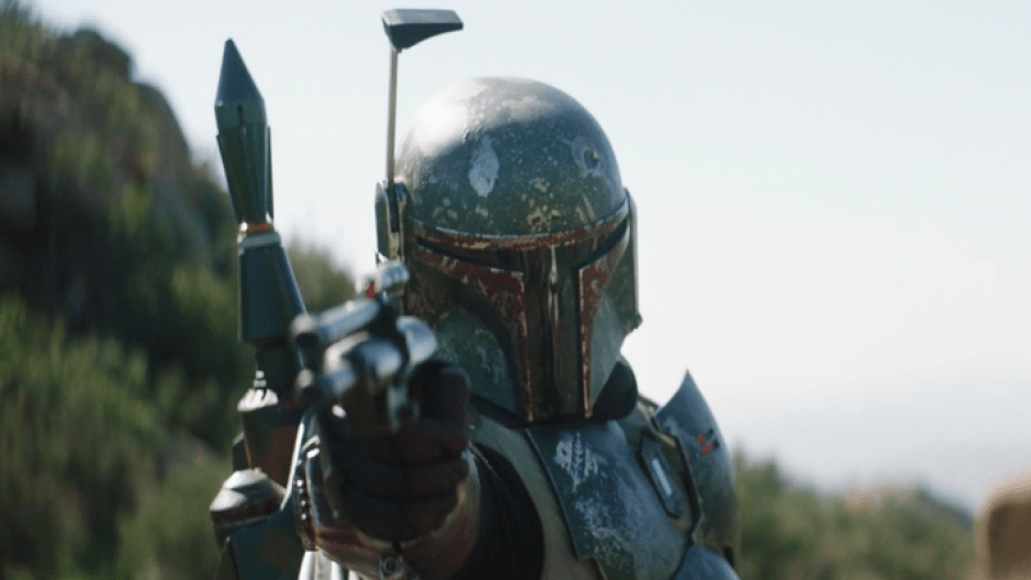 The bajillionth new Star Wars show to hit Disney+ is also the only one we have real teaser footage for, as the end of the Mandalorian season 2 finale showed us. Temuera Morrison is back as the OG Mando, this time aided by reformed sniper Fennec Shand (Ming-Na Wen), last seen killing Bib Fortuna and taking his place as the head of Jabba’s crime gang. What can we expect here? Odds are more bounty-hunting mayhem, but my money’s on a Sopranos-like crime drama where Boba grapples with the futility of his life of larceny and gets therapy from Salacious Crumb. –Clint Worthington 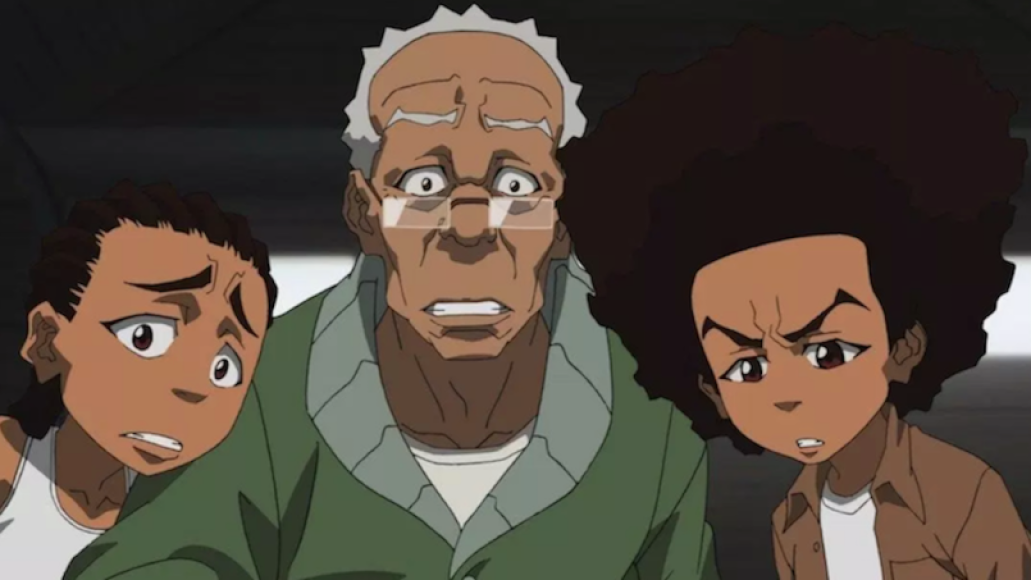 Season 4 of The Boondocks is mostly remembered for missing the show’s sharp, satirical drive and the input of creator Aaron McGruder. Now, it may be a footnote given this Sony-assisted reboot that offers a considerable amount of breathing room: a 55-minute special, two 12-episode seasons, and, yes, the return of McGruder’s direction. Of course, that’s not to discount the rich setup of material today’s culture has already accrued. After all, McGruder himself vowed to seize the opportunity, and considering the new series’ current logline — the Freemans’ new Maryland community being terrorized by Uncle Ruckus and his “bizarre neo-fascist regime” — it seems we’ll be able to take him up on that promise. –Sam Mwakasisi 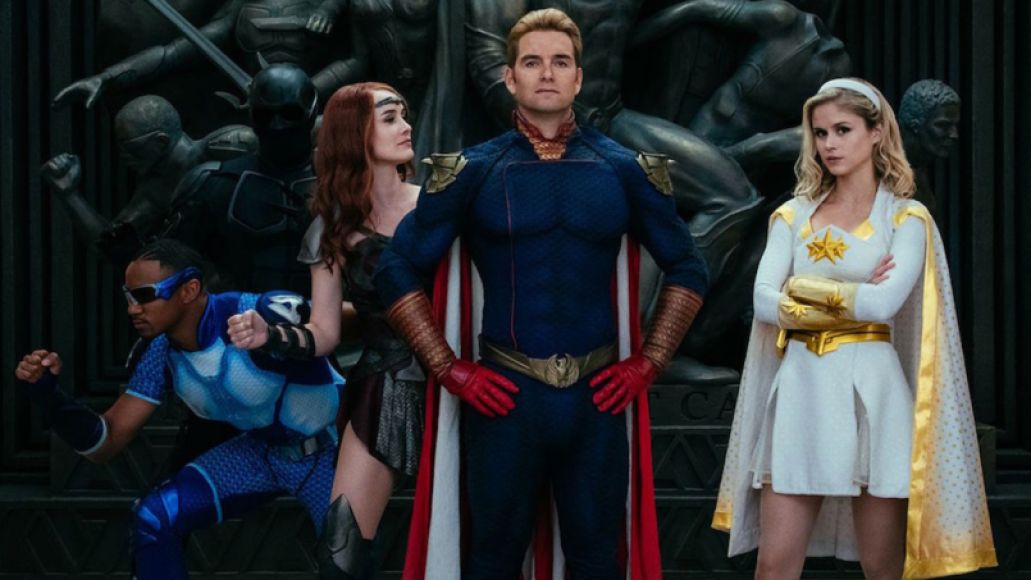 Fans of Homelander, Starlight, and Billy Butcher rejoice because everyone’s favorite foul-mouthed superheroes will be returning for a third installment of Amazon Prime Video’s hit series, The Boys. Coming off one hell of a Season 2, The Boys has carved its own place in our superhero-fuelled culture thanks to its willingness to get as violent, obscene, or as vile as it chooses. It’s essentially the ideological antithesis to the Marvel Cinematic Universe. And with Supernatural’s Jensen Ackles joining the cast as Homelander’s mentor Soldier Boy, The Boys is setting itself up to be bigger (and badder) than ever. –Lauren J. Coates 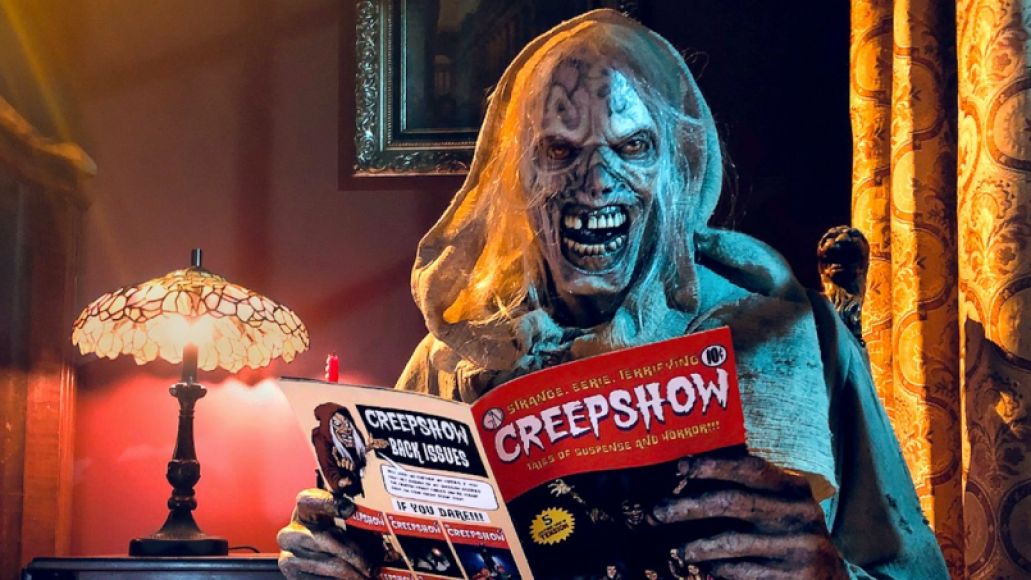 Get ready for more Creepshow, kiddies. After being forced to shutdown production last year due to COVID-19  — to their credit, they still managed to eke out two holiday specials — Shudder’s series adaptation of George A. Romero and Stephen King’s iconic anthology horror film will return with a second bag of tricks and treats in 2021. Once again, the show is opening up the graveyard gates to a slew of genre legends and comics, most notably Keith David, Ashley Laurence, Barbara Crampton, C. Thomas Howell, Denise Crosby, Ted Raimi, and even rock ‘n’ roller Marilyn Manson. With a third seson already ordered by the horror network, it would be wise to find a plot to plant yourself in as there are plenty of scares to come. –Michael Roffman 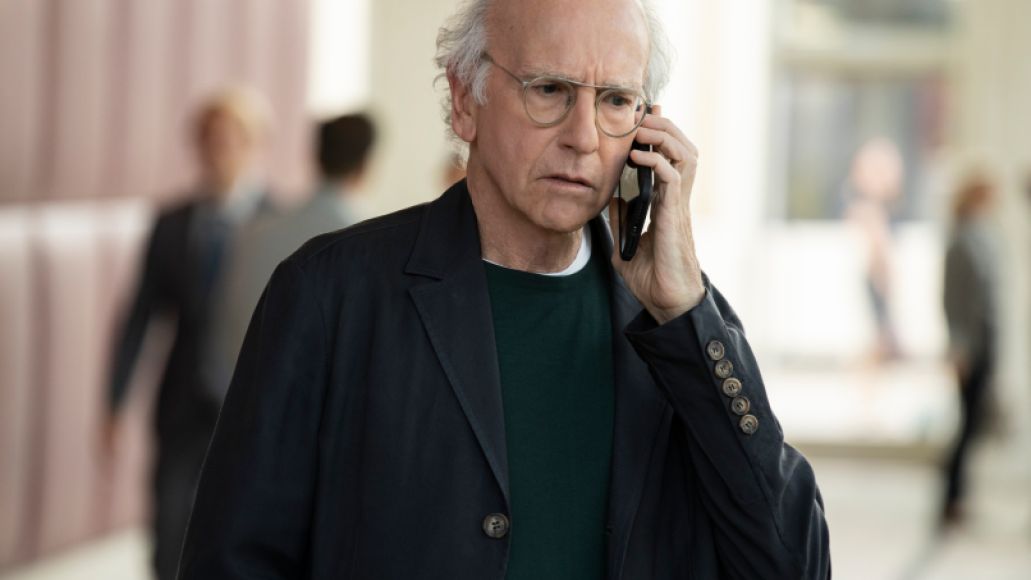 By the end of Season 10, Larry David was well prepared for the pandemic. Latte Larry’s was fully stocked of combustable hand sanitizer, the likes of which would certainly prove useful in the months ahead. We’ll never know, though, because Season 11 of Curb Your Enthusiasm will take place in a post-pandemic world. Showrunner Jeff Schaffer confirmed the news in a recent op-ed for The Hollywood Reporter, writing: “COVID definitely happened and we definitely talk about it…And Larry [the character] has opinions on all of it. I can’t tell you which characters got COVID, but I can definitely tell you that we do examine peoples’ behavior during the COVID era.” Start speculating now over a scone and some piping hot coffee, preferably not from Mocha Joe’s. –Michael Roffman 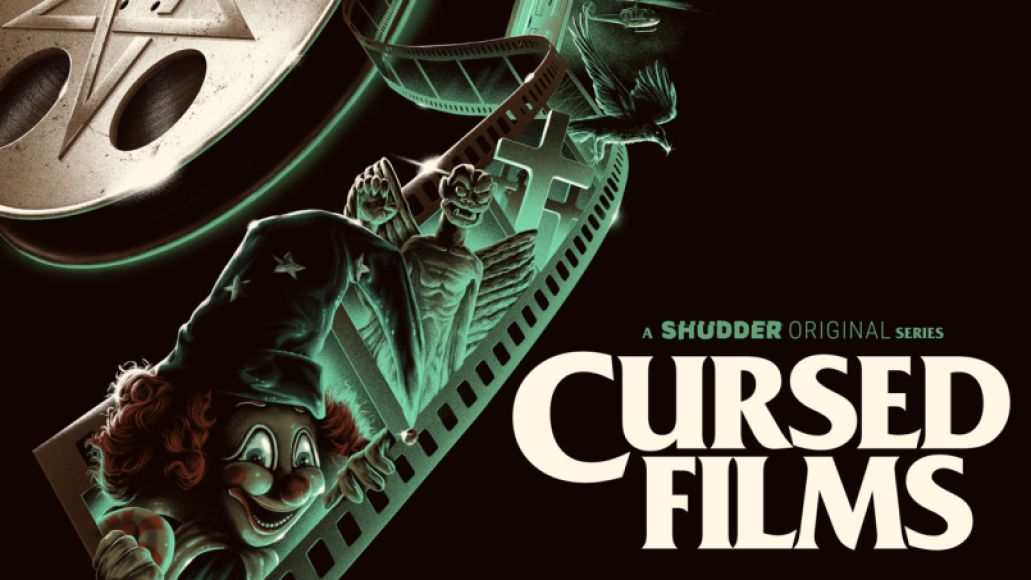 Some curses are hard to shake, and such is the case for Cursed Films. Back in August, Shudder confirmed a second season of Jay Cheel’s docuseries on cursed productions. “Since its debut, the number one question we’ve been asked is: Will there be more, and how soon?” GM Craig Engler stated in a press release, adding that Season 2 “will be even bigger and better than the first.” No telling what titles he’s alluding to, but Cheel did tell us back in April 2020: “We had a list of movies that, off the top, we always knew had to be a part of the series, but there were some that we were juggling and I could always see us returning to some of those films and digging into them.” Well, looks like horror hounds have their homework cut out for them. –Michael Roffman 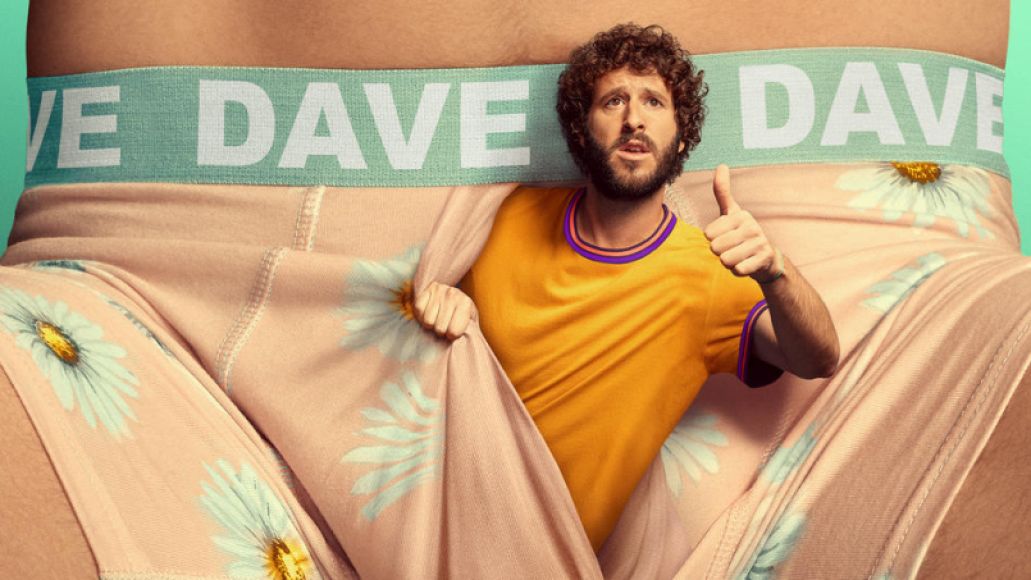 Hi, I’m Dave. FX’s white-rapper dramedy starring Lil Dicky was one of 2020’s most surprising shows, so it’s great to see the aspiring rapper back for more self-deprecating, sophisticatedly raunchy adventures. Season 1 ended with a reenactment of Dicky’s famed appearance on The Breakfast Club, where he ended up charming Charlamagne tha God with his tight bars and talked his way into a place at the adult’s table of rap music. Now, in Season 2, we can’t wait to see what other ways Lil Dicky draws from his real-life climb to viral stardom — and the trainwrecks that will ensue. –Clint Worthington 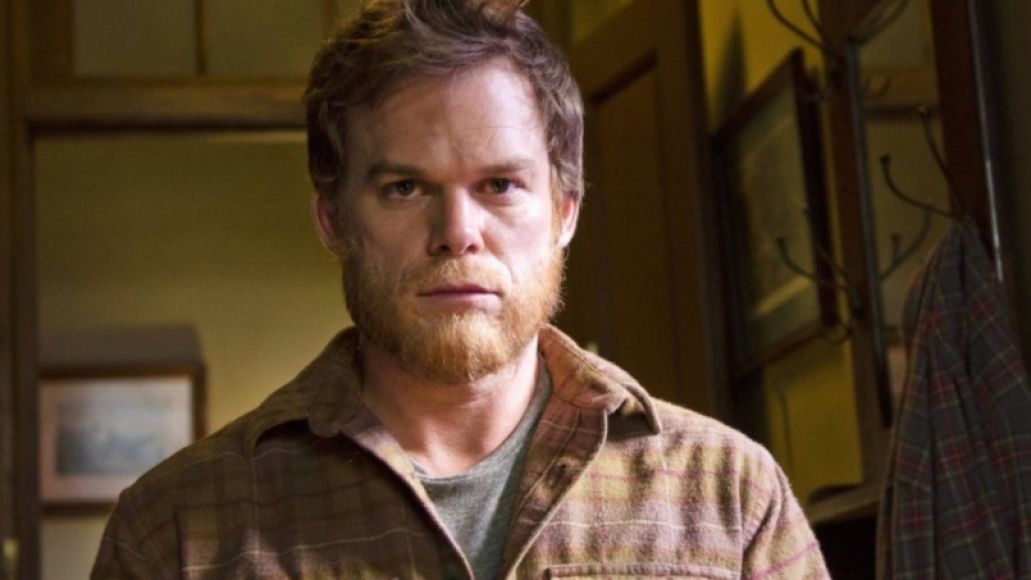 All good things come to an end, but not all endings are good. Write that down. Of course, nothing truly ever ends in Hollywood, a truth that will certainly benefit Dexter. The once-beloved crime drama is back for a new 10-episode miniseries, one that will (hopefully) right all the wrongs that went down in that godawful Season 8. Details are scarce, but here’s a logline: “Set 10 years after Dexter Morgan went missing in the eye of Hurricane Laura, the revival sees the character now living under an assumed name in a world away from Miami.” That world is a small upstate New York town called Iron Lake, where Dex is (probably) chopping more than wood. Here’s hoping the huggable serial killer finds the ending he deserves. “Deb…” –Michael Roffman