The Lowdown: Arlo Parks started making music only a couple of years ago, but her hand in Collapsed in Sunbeams is guided by a masterful delicacy that speaks to a careful early attention to her craft. The poet and singer-songwriter is part Nigerian, Chadian, and French and grew up in West London, where she started making music in her bedroom as a teenager. Now, at 20 years old, she’s put out an album brimming with human experience, featuring an array of poetic vignette songs that find calming, cavernous expression through neo-soul and jazz.

The Good: Collapsed in Sunbeams blankets the listener in an enveloping sound. The soulful melodies drift atop fuzzy crackles, warm, familiar strums, and drums you have to nod your head to, which makes it feel soothing and luscious before anything else. Parks’ voice breaks softly across each word in a restrained way reminiscent of Billie Eilish, and her Portishead influence is palpable in the role that the background plays in setting up a clear and immersive atmosphere for each song.

The comparison of good lyrics to poetry can feel obvious sometimes, but in Parks’ case, poetry truly feels like the launchpad of this entire album. The album opens with a consultation offered to the reader — “We’re all learning to trust our bodies/ Making peace with our own distortions” — and the spoken poetry dips back in a murmured interjection in “Hope” and again in a rhythmically spoken verse on “Portra 400”. “Eugene” itself was borne from a poem Parks wrote “in one go, at 3 a.m. on the night bus.”

And the lyricism of the album really does hold up. “Green Eyes” is one of the most earnest, tender, beautiful portrayals of queerness to show up in indie pop lately, with its intimate images of a relationship lived under the pressure of unacceptance: “The weather puts you on my mind/ Dragonfruit and peaches in the wine/ Kissin’ circles underneath your eyes.” Parks also applies a poet’s attention to the lives of others, in these songs that tread the lines between story and counsel — like in “Just Go”, which offers a kind of advice in beckoning its subject to understand that sometimes it’s better to simply let go than to insist on a cleaving, or in “Caroline”, which plunges into the fallout between a couple that the speaker of the song watches while waiting for the bus. The blossoming entreatments of the chorus — “Caroline/ I swear to God I tried” — may not be Parks’ own, but all the same, she weaves her perspective so smoothly into the feelings of others all throughout this album: strangers, her lovers, her friends. All of them, to her, endeared or in some way worth recognizing.

The Bad: There is little bad to say about this album! The one area in which it might have been able to stretch itself further is risk-taking beyond the realm of narrative — Parks has cracked the code of her own sound so thoroughly that it’s possible to wonder whether the total cohesion of the album might have benefited from a little more disruption at points. But this album feels less preoccupied with ambitious experimentation to begin with, which makes it exciting to consider what other areas Parks may traverse as her sound does continue to evolve.

The Verdict: Parks once called her song “Cola” “a reminder that betrayal is inevitable when it comes to pretty people that think flowers fix everything.” Flowers don’t fix everything, and while there is a tender beauty to everything Parks does on Collapsed in Sunbeams, there’s no simplicity about the love she extends. It would be deceptively easy to say that in its calming, percussive bedroom pop, this album is using its overarching love or softness as an antidote to the harsh realities and sadness with which it grapples — but really, this album sets out less to negate or to fix something and more to acknowledge and illustrate the complexities of many things at once. Parks treads the subjects of depression, mental health, and queerness with care and spot-on intuition.

A similar sentiment returns a bit in the closing track of Collapsed in Sunbeams, the R&B-laced “Portra 400”, which finds Parks “making rainbows out of something painful/ Getting fried as hell and dodging gravestones.” This album definitely draws from painful places, but comes out of its explorations is multifaceted, deeply considered, and above all full of kindness. The questions it asks — what does caring really look like, how do we show one another kindness when we’re angry, how do we show ourselves kindness when we’re upset or hurt or numb — are essential ones, and we’re lucky we have Parks to guide us through them here.

Pick up a copy of Collapsed in Sunbeams here… 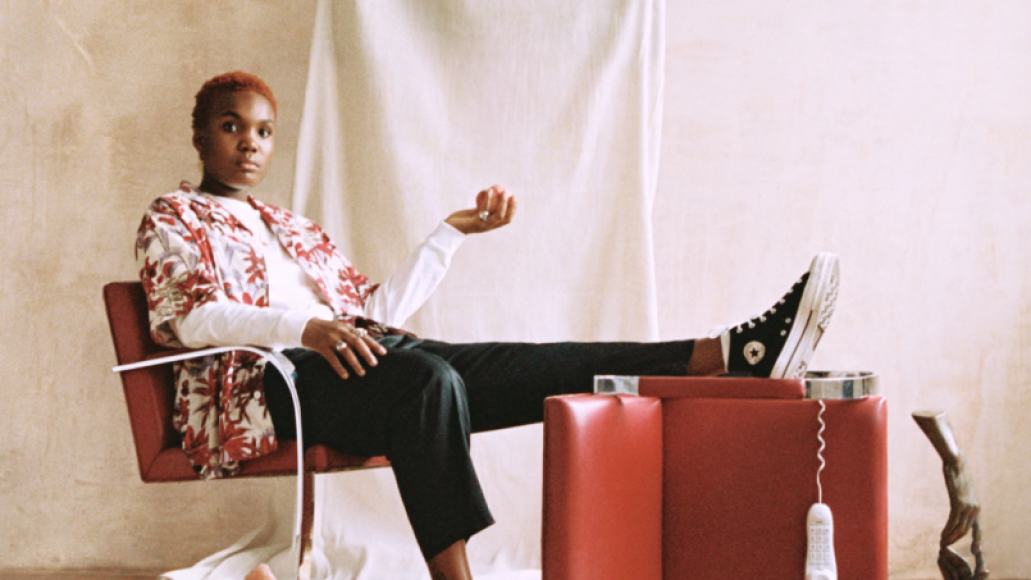 Arlo Parks’ Collapsed in Sunbeams Is Both Intimate and Expansive: Review