The Lowdown: We knew we were getting Weezer’s 14th studio album in 2021, and until a couple of weeks ago, we had a pretty good idea of what that meant. First announced in 2019, the hard-rock-inspired Van Weezer would join that year’s Weezer records (Twitter-joke-turned-’80s-cover-record The Teal Album and electropop footnote The Black Album) as the latest novelty in the band’s famously erratic catalog. Then, COVID-19 hit, and the album got pushed back, along with Weezer’s regrettably named Hella Mega Tour with Green Day and Fall Out Boy. That downtime allowed the band to complete the record that wound up jumping Van Weezer (which now comes out May 7th) in the queue. OK Human arrives today with its own gimmick that might make even the most patient fans wary. Aided by a (masked and distanced) 38-piece orchestra and a recently acquired copy of Nilsson Sings Newman, Rivers Cuomo returns with a set of piano-forward songs built on what he described to Entertainment Weekly as “gorgeous melodies and extremely eccentric lyrics.”

The Good: From its Radiohead-tweaking title to the bold comparisons to Pet Sounds that anchored its pre-release press material, there were plenty of indicators that OK Human could wind up yet another overpromising record of ersatz radio rock of the kind Weezer’s favored for a decade and change. Fortunately, it seems that a combination of COVID isolation and a newly enlarged set of collaborators caused Cuomo to poke his head up from the uncanny valley he’s rarely left since entering with 2005’s Make Believe. OK Human finds the frontman sounding, well, human. Low on irony and heavy on pandemic-induced, middle-aged introspection, the album might be Cuomo’s most personal record since Pinkerton and certainly his most relatable.

Most of this renewed energy comes from the pit. The extra orchestral heft adds a shot of life to Cuomo’s well-known talent for melody. The buoyant strings and “All You Need Is Love”-grade horns of opener “All My Favorite Songs” give the impression of a Muppet musical about midlife crises while the pounding piano of “Here Comes the Rain” crashes in a joyous downpour reminiscent of Van Dyke Parks. While the arrangements drive much of the catchiness here, Cuomo’s vocal work also reveals a little tenderness; his delivery of lines like “Numbers are out to get you/ They’ll kill you if they get through” takes “Numbers” from an otherwise well-constructed pop songs to a bonafide tearjerker. The weight of aging comes through most acutely when Cuomo shifts to a fictional perspective. Whether he’s singing as an injured bird on the gorgeous Ben Folds soundalike “Bird with a Broken Wing” or channeling Popeye-era Nilsson into the dying caveman at the heart of “La Brea Tar Pits”, Cuomo fights against his own looming obsolescence with a touching dedication to making art and staying useful.

The Bad: In the press materials for OK Human, this line stood out: “[OK Human] is possibly the only record ever created that waxes poetic on themes of loneliness, disconnection, and reaching middle age alongside references to Mrs. Dalloway, Blackpink, the La Brea Tar Pits, Audible, and vegetarian Indian takeout, among others.” For better or worse, these are still Weezer lyrics, which means there are plenty of clunkers on which to stub your ear. Often, these get in the way of otherwise decent tracks. The massively catchy chorus at the heart of “Aloo Gobi” comes at the cost of a meter-busting verse that knocks the whole song askance while an errant Kim Jong-Un reference in “Playing My Piano” upends an otherwise charming Randy Newman soundalike. Cuomo’s up-and-down lyricism is at its most conflicted on “Screens”. On one listen, it’s another damp stab at social commentary, while on the next, it’s a poignant comment on our over-Zoomed moment. Which take is the true take? Depends on how charitable you’re feeling.

The Verdict: Chalk it up to the unpredictability of 2021; despite the creative and cultural headwinds into which it was released, OK Human lands as a surprisingly charming collection of pop tunes whose imperfections add to rather than detract from the experience. In addition to producing Weezer’s most enjoyable album in years, Cuomo’s late-in-life embrace of the Nilsson-and-Wilson end of the California musical spectrum mostly make us wish we could go back in time and replace his copy of Love Gun with Nilsson Schmilsson or Song Cycle. As it is, we can only hope that the experience leads to a continued embrace of orchestral accompaniment. OK Human Vol. 2? We wouldn’t say no.

Essential Tracks: “All My Favorite Songs”, “Numbers”, and “Here Comes the Rain”

Pick up a copy of OK Human here… 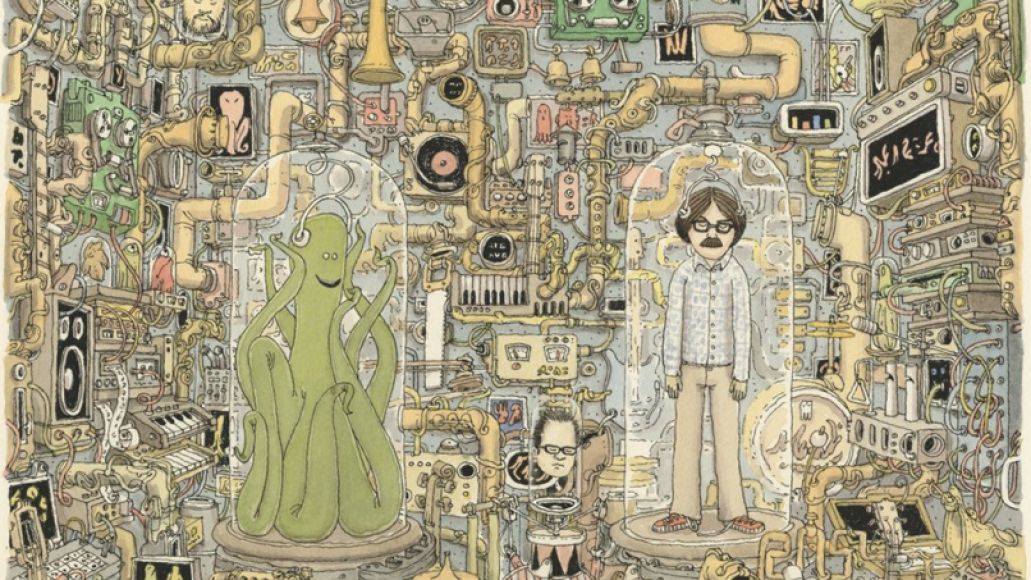