To paraphrase Wendy Williams: BLACKPINK? They’ve got a point: they are legends, and they are the moment. The pop quartet — made up of Jisoo, Jennie, Rosé, and Lisa — made a joyful return to the stage Saturday with their livestream concert, “THE SHOW”. It was just October of 2020 that the group released their debut full-length album (aptly titled THE ALBUM) following years of chart-smashing singles and EPs. Having already conquered international markets and ascended to unparalleled heights for a South Korean girl group, it’s easy to forget that, in terms of releases, BLACKPINK have only started to scratch the surface.

Streamed through YouTube by the band’s label, YG Entertainment, “THE SHOW” was a spectacle indeed, involving a live band, a legion of backup dancers, and performance premieres for many of the group’s songs. Ticket access included messages from the members, exclusive emojis, and re-watch capabilities, while the PLUS ticket unlocked behind-the-scenes content as well. The countdown and pre-show music videos felt akin to a music video or album release night — though all apart, watching from couches and bedrooms around the world, it felt like the fans were buzzing with anticipation. 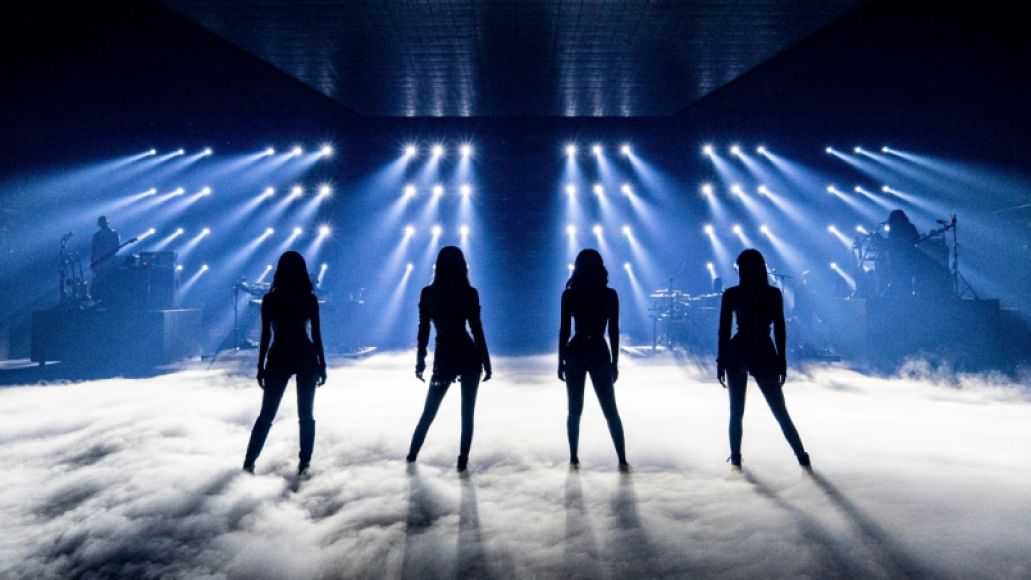 BLACKPINK in Our Area: “THE SHOW” kicked off with shots of the many time zones from which BLINKS (the group’s beloved fanbase) might be tuning in before landing in Seoul where multiple sets and many costume changes awaited. Montages of quiet streets and empty arenas were spliced between songs, the reminder of the current state of live music looming overhead. It must be extremely difficult to perform with arena energy to an empty soundstage — but if that’s the case, it didn’t show for BLACKPINK.

Over the course of 19 songs, the four worked through the vast majority of their discography, performing all but two songs from the October album and highlighting each member with solo stages. It’s hard to shake the feeling that these girls have so much more to give than what we’ve seen so far: all of the members can both sing and rap, and their live vocals are truly impressive. Their choreography is sharp and stylized, heavily incorporating elements of vogueing, but tends to stay in that same box, re-treading familiar ground. Jisoo and Lisa’s solo stages were striking in the fact that they selected songs originated by other artists — Jisoo performed a cover of Tove Lo’s “Habits (Stay High)”, Lisa a cover of Doja Cat’s “Say So”. Both were delightful, and Jennie correctly yelled “LIYONCE” following Lisa’s fantastic stage … but what if all four members had solo songs of their own or subunits at their disposal? Lisa’s solo performance, in particular, underscored what can happen when choreography boundaries are pushed — she’s an absolutely electric performer —  but all of the members can really dance, too, and some of the group’s most thrilling and watchable moments tend to happen when they’re able to break free a bit. 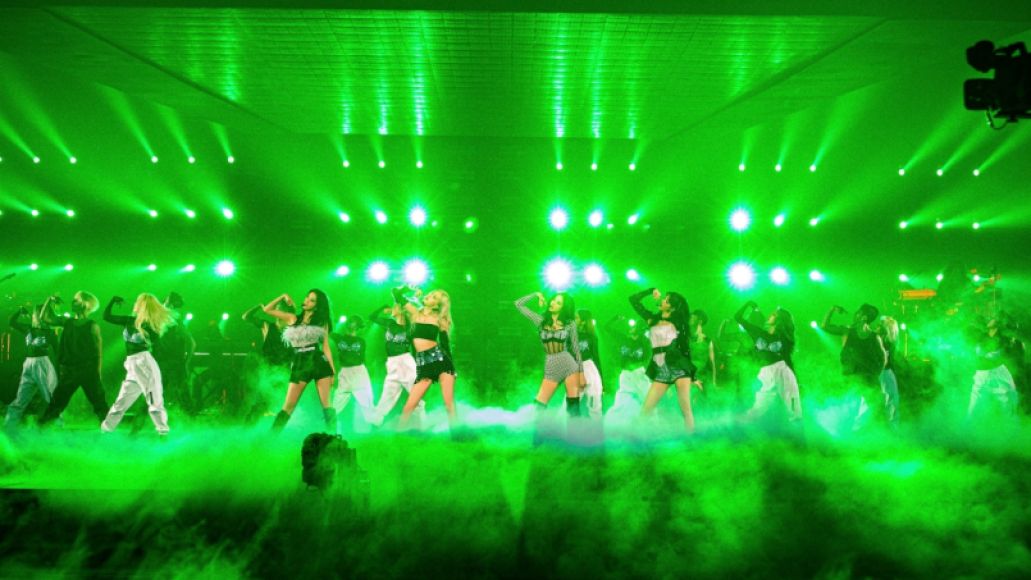 Of the remaining solo stages, Rosé premiered her much-anticipated solo debut with “Love Is Gone”, sharing half of a music video that led into half of a live performance. The mid-tempo track is well-suited to her vocals and singer-songwriter stylings while also harkening back to a remark made in the 2020 Netflix documentary Light up the Sky, in which the members discuss the fact that they had yet to express more of a traditionally “girly” side. The group’s discography to date is certainly brasher, powered by hooky melodies, dance-inducing drops, and undeniably catchy beats, and it’s exciting to see Rosé start to push into a new, more stripped-down and vulnerable space. Jennie revisited her 2018 “Solo” for her solo. Have I already mentioned the legitimately stellar vocals all of these girlies served up?

There’s not enough good things to be said about the group’s phenomenal backing band, The Band Six. Originally assembled in the United States, The Band Six have become integral to BLACKPINK live performances since striking up their partnership. They injected each track with a refreshing groove, shining on partially stripped versions of “Love to Hate Me” and “You Never Know” in particular. The energy stayed up from the kickoff of “Kill This Love” to the ecstatic closer, “Forever Young”. “Lovesick Girls” offers up some of the group’s best choreography, and Jennie’s literal “purr” at the start of “Pretty Savage” might be iconic already. 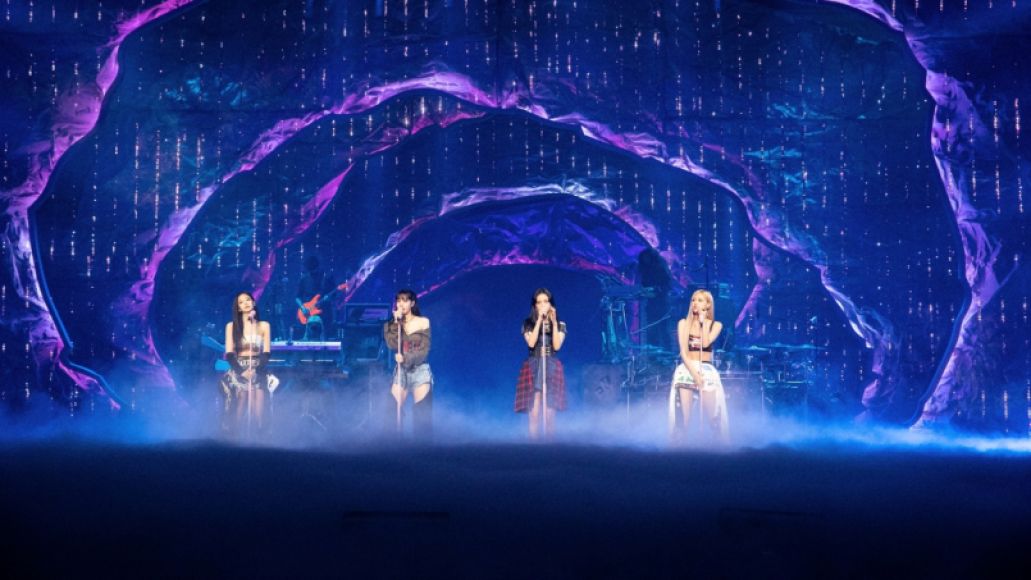 SEE U LATER: It’s clear that plenty of hard work went into preparing for this performance, but it’s also safe to assume that “THE SHOW” mostly left its virtual audience yearning for the day they can  finally hear “BLACKPINK in your area” yelled out in their area. The members expressed the same, taking every opportunity to call out to their fans and assure them that there will come a time when performances will be assembled for more than the screen.

There’s an incredibly endearing familiarity between all four girls, and their onstage rapport is a window into the kind of closeness that can only come from spending extended time in a group like theirs. Part of the fun of BLACKPINK is the fact that their synchronization during performances seems to stem from the bonds they’ve developed since being tossed together in their trainee days. Conquering global markets almost feels happily incidental for these four young women who clearly love performing, adore their fans, and treasure being in each other’s presence. The remaining three members gushed over Rosé’s solo song debut when it came time for closing remarks, refusing to let the night wrap without each congratulating their bandmate. It was a moment that succinctly summarized the group’s genuine nature and philosophy that any individual victory is a victory for all.

For now, we can only hope for more from Jisoo, Jennie, Rosé, and Lisa: give us more music. Give us more choreo. Give us solo songs and subunits for days! And, universe, please give us a world in which these girls can tour and deliver these kinds of performances to all of us. “How you like that?” they ask, confidently, in the track of the same name. We like it so much. We love it.