Since we still can’t hit the clubs, Danny L Harle has decided to bring the clubs directly to us. The longtime PC Music member and producer for Charli XCX and Rina Sawayama has announced a new album Harlecore, meant to be experienced as an all-night rave.

The forthcoming effort features four different DJs — DJ Danny, MC Boing, DJ Mayhem, and DJ Ocean — each “performing” from a different room within the larger Club Harlecore setting. (Large dance clubs, like those out in Europe, are often made up of various sized rooms, and each night the entire property hosts multiple events.)

As a preview of the 13-track effort, Harle is sharing two songs: “On a Mountain” and “Boing Beat”. While both are bangers in their own right, the former track by DJ Danny (a.k.a. Harle himself) feels like a monster hit in the making — especially if you’re a fan of euphoric ’90s-era Eurotrance. Yes, Harle has taken his penchant for hyper-pop to new levels of hyperactivity.

Stream both tracks below. “On a Mountain” comes with a Rolfes Brothers-directed video that offers a virtual tour of DJ Danny’s “Euphoria Stadium” room. It’s like Awakenings Festival but for PC Music heads. 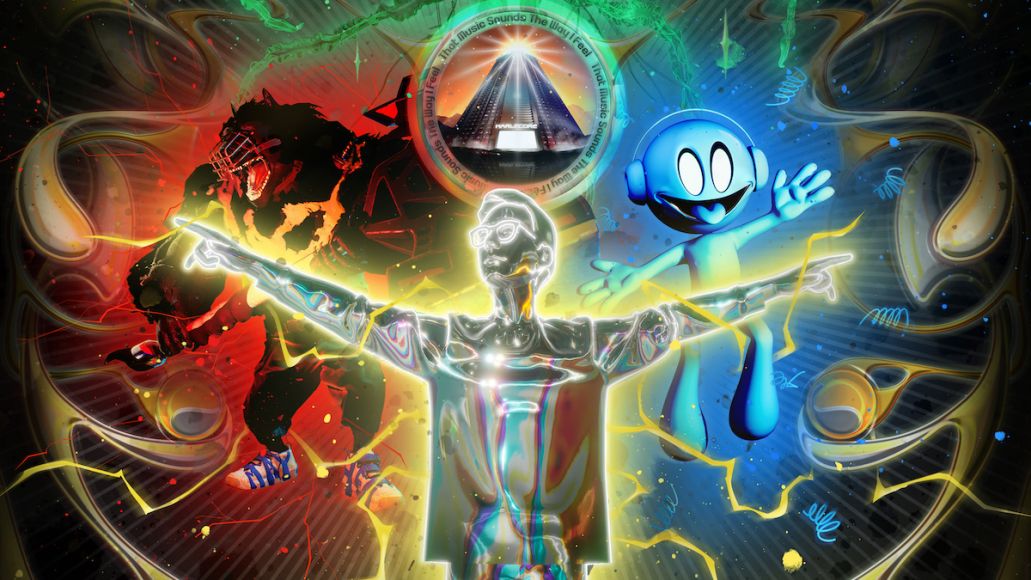