The Pitch: At the outset of COVID-19 lockdown in London, Linda (Anne Hathaway) and her longtime partner Paxton (Chiwetel Ejiofor) have broken up. Unfortunately, they’re still quarantined together, and they’re both experiencing career crises — hers over a heartless but lucrative corporate job, his over what he sees as dead-end prospects. Their various neuroses come together when they’re presented with an unusual opportunity to pull off a daring heist.

COVID: The Movie: Locked Down is the second big-studio-style movie conceived, produced, and released entirely during the pandemic, after last year’s woeful Songbird. Screenwriter Steven Knight wrote it in the fall; director Doug Liman shot it in the fall; and now it’s hitting HBO Max just months after principal photography wrapped. Though some viewers may not desire a combination romantic dramedy and heist movie to remind them of extremely current events, there’s some solace in seeing a movie work out some of these anxieties onscreen. Though Locked Down has the bones of a comedy about remarriage, it also has the nervous, uncomfortable skin of people going stir crazy.

Rather than COVID symptoms, the movie focuses on the interpersonal hell of lockdown in a heartless economy, as when Linda, a higher-up at some kind of luxury agency, must fire a group of employees over Zoom. (For what it’s worth, I can unfortunately confirm that the movie captures the tone of this call with some accuracy.) Paxton, furloughed from a delivery-truck-driving job he doesn’t much care for, doesn’t muster much sympathy; he’s too busy expressing his own discontent with a forlorn, writerly ruefulness. 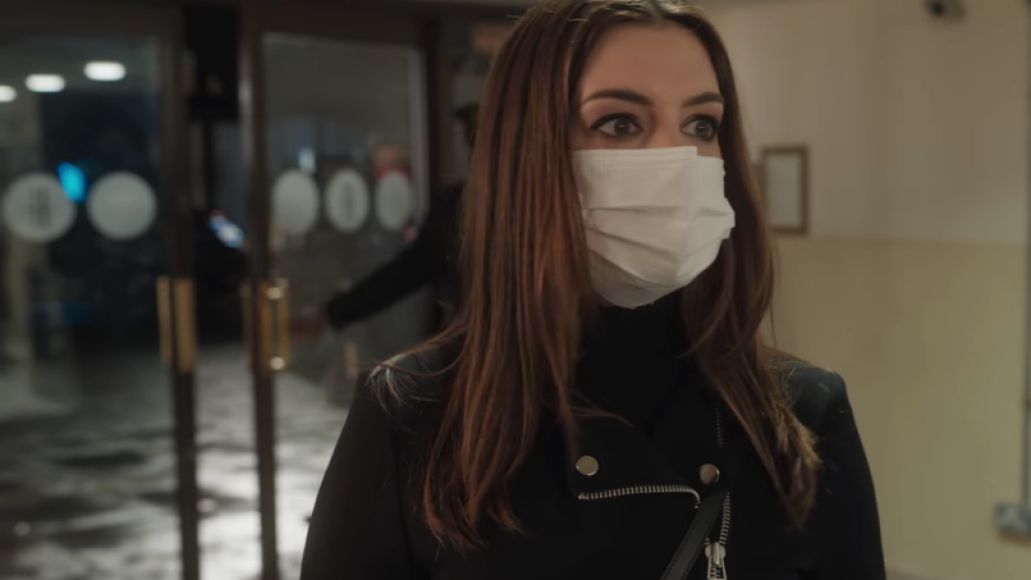 Locked Down on HBO Max

Actors Out of Work: Linda delivers her own grievances with even more sweeping, high-strung theatricality. It’s hard to tell if Knight can’t stop himself from writing stagy dialogue, Hathaway can’t stop herself from playing potential screwball asides as showy monologues, Linda can’t stop herself from rattling off about her discontentment over a glass of too-early wine, or it’s a lucky confluence of actors, filmmakers, and characters who just want to go off. The surprise is that, after a brief adjustment period, the movie’s theatrical flourishes mostly work. Hathaway and Ejiofor feel like they’re scratching at the walls, performing a low-budget imitation of a stage-bound drama of seething quasi-marital tension. (Linda and Paxton aren’t actually married, and her coworkers don’t know about them despite a decade-long relationship, making him feel like a trifling detail in his partner’s life.)

This may not make Locked Down sound like much fun. But these are near-ideal circumstances for Liman to work his peculiar mojo: harnessing the energy of actorly frictions under heightened circumstances — in this case, the coincidences that allow Paxton and Linda to realize they might be able to pull off a major theft that will only hurt awful people, if anyone at all.

Love and Theft: Ridiculous as it is, this protracted setup gets at an essential truth of an amateur movie heist: The plan is a flirtation, loaded with both the promise and the threat of consummation. Naturally, the electricity of the couple’s maybe-plan causes Linda and Paxton to look at each other in a new light. It also casts new light on the movie’s odd banter sensibilities. As the story proceeds, it becomes clear that it’s more ‘50s/early ‘60s caper than ‘30s/early ‘40s screwball, as if the filmmakers felt a little more of the latter’s zing would appear untoward. As a home-game version of the former, it’s quite clever; the housebound couple reconnects over the exotic glamour of getting to … leave their home and go to a fancy department store (Herrods of London, playing itself). 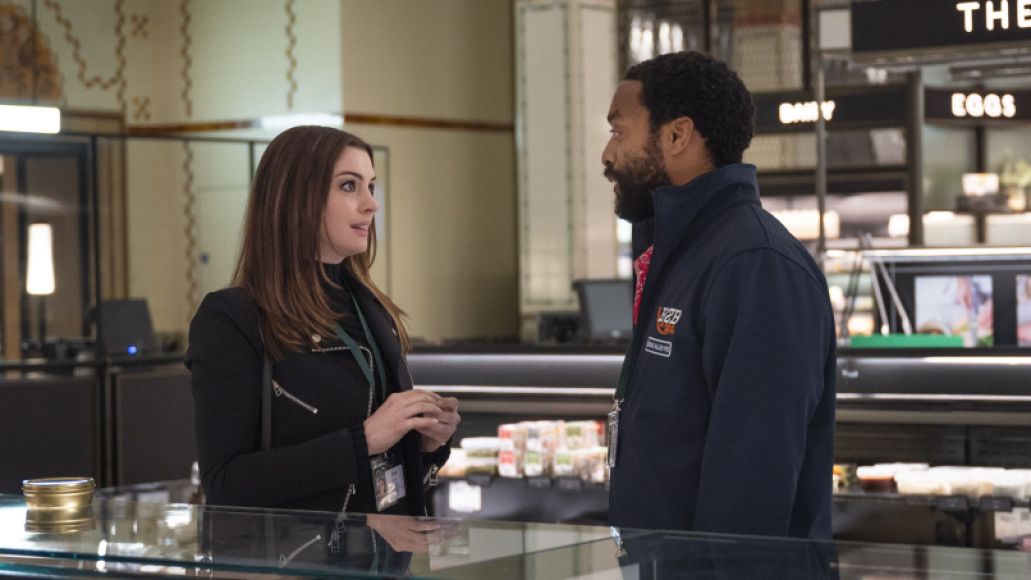 Locked Down on HBO Max

The Verdict: Locked Down doesn’t ultimately have much to do with the realities of COVID, and anyone who lost a loved one to the virus may understandably blanche at watching a couple of attractive, wealthy stars play attractive, mostly-wealthy flatmates dealing with their personal issues while “confined” to a beautiful two-floor home. But if you’re looking for two hours of not-quite-escape, the solipsism of Locked Down has real charm and entertainment value, not least in its willingness to be a movie about adults — and for adults. If the specter of a global pandemic haunts the material more than it enriches, well, it’s not alone, is it?

Where’s It Streaming? Locked Down is out on January 15th via HBO Max.

Locked Down Masks Up for a Charming Enough Romantic Caper: Review