Gary Numan has returned with his first new song since 2017, “Intruder”. It’s the title track from his 18th solo album, which arrives May 21st.

Intruder is a companion album to to the New Wave legend’s last studio effort, 2017’s Savage: Songs From a Broken World. That dystopian project imagined our Earthly society after it has been all but destroyed by global warming. The new album flips the script, approaching the same idea, not from humanity’s perspective, but from Earth itself. As Numan said in a statement, “If Earth could speak, and feel things the way we do, what would it say? How would it feel? The songs, for the most part, attempt to be that voice, or at least try to express what I believe the earth must feel at the moment.”

If “Intruder” is any indication, the earth is fucking pissed. The song begins with dark swirls of synthesizers and distant, echoing drums. After a couple of bars, the percussion picks up a steady, industrial beat. “I could listen to you scream,” Numan sings, “Pretty music to my ears/ I could listen to it all day/ If you want me to.”

The music video was directed by Chris Corner, and shows Numan in a shadowy room on a rotating platform. Streaks of visual distortion flicker across the screen, sometimes hiding, sometimes stretching Numan’s face. The black and white visuals are interrupted by cadmium red when the singer looks down to find his hands covered in blood, at which time a red aura creeps over the room.

Check out “Intruder” below. As for Intruder, it breaks into record stores and streaming services on May 21st, and pre-orders are off and running. 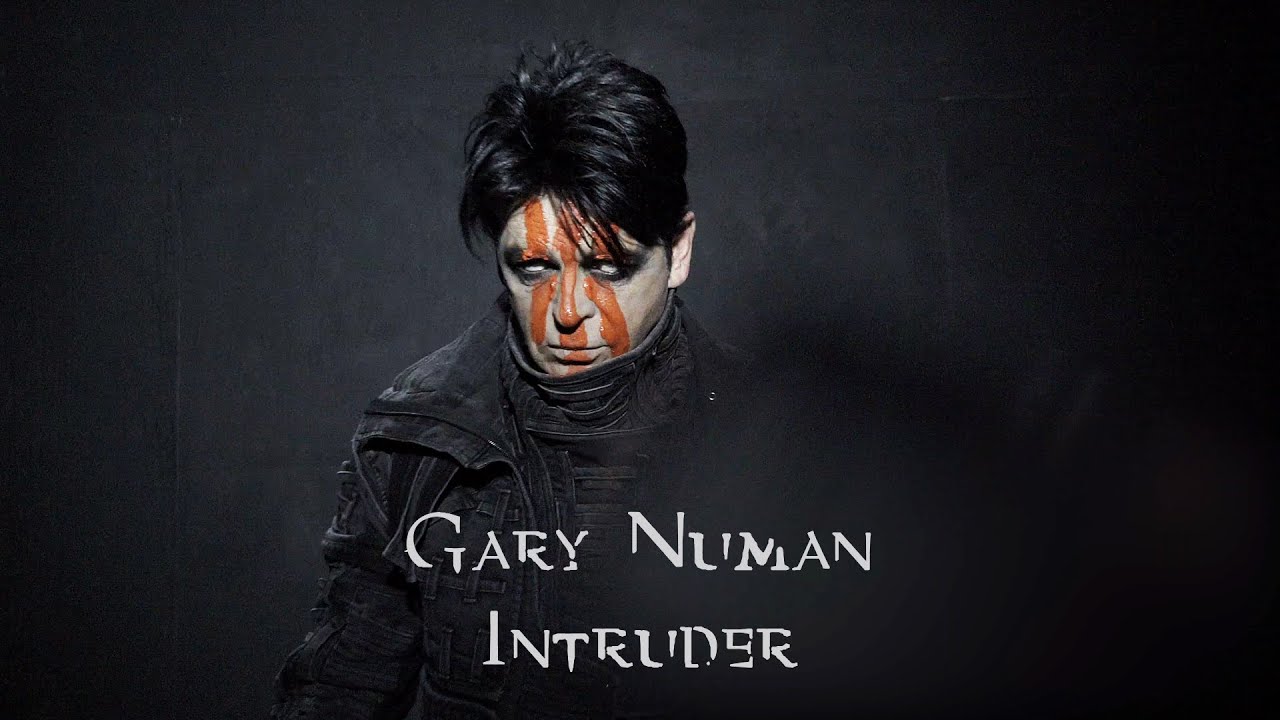