Lots of people say they’d travel to another planet, but most of them probably haven’t thought it through. As for Grimes, she’s in a relationship with SpaceX founder and future Mars colonizer Elon Musk. The off-kilter pop star has apparently read some of the proposals for a one-way trip to Mars, and seems to be aware of the difficulties such a venture would face. In a chat on Thursday, January 28th, Grimes wrote that she would be willing to journey to the red planet “AFTER AGE 50” even though doing so would require her to perform “MANUAL LABOUR UNTIL DEATH.”

Grimes revealed her end of life planning in a YouTube Live Chat promoting the AI lullaby venture Endel x Grimes. In a wide-ranging conversation covering her favorite anime of all time (“IS IT BASIC TO SAY DEATH NOTE?”), how she likes parenting (“SURPRISINGLY MORE THAN I THOUGHT I DONT LIKE THE WORD PARENTING THO”), and when new music might be coming (“SOOOOOOOOOON”), the Miss_Anthrop0cene artist briefly touched on space travel.

After stipulating that she would only consider going to Mars after entering her sixth decade, Grimes took the question “What would u do if you went to Mars hahah”. She responded, “MANUAL LABOUR UNTIL DEATH MOST LIKELY BUT HOPEFULLY THATCAN CHANGE.” You can see why she’d want that to change; it doesn’t sound particularly appealing. But Grimes is committed to the bit, if not the advancement of the human species, and so she sounds willing to accept her fate.

Elsewhere, she revealed that she has begun a collaboration with Caroline Polachek, although “SHES RLY GOOD AT MUSIC AND ITS DAMNED COMPLEX! IM LIKE WTF IS THIS.” When asked how much progress she’d made on her next album, she said, “FINISHING VOCALS AND MIXES AND MAYBE TRYING TO MAKE ANOTHER SONG.” You can listen to the generative lullaby below, although you’ll have to click through to YouTube to wade through the chat morass.

The good news is that Grimes is feeling better after contracting COVID-19 earlier in the month. Shortly after her diagnosis, she was photographed with Dave Chappelle, who subsequently contracted the novel coronavirus. You might even suspect that Grimes infected Chappelle, but noted podcast host Joe Rogan says that didn’t happen. 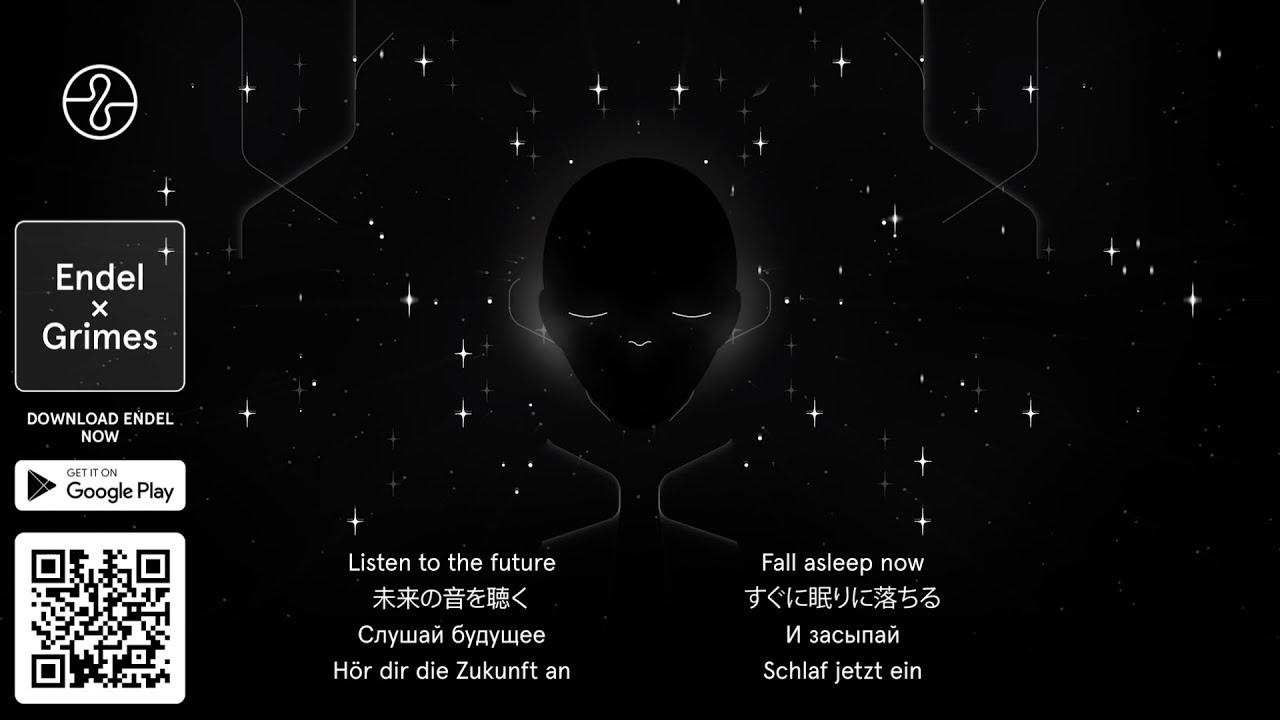