The world continues to mourn the loss of revered Jeopardy! host Alex Trebek, who passed away in November from pancreatic cancer. One of the people who got to know him behind the scenes was KISS legend Gene Simmons, who gave Consequence of Sound a glimpse of what the game-show icon was like “when the cameras weren’t rolling.”

For Halloween 2018, Simmons visited Trebek backstage at the Jeopardy! set and encouraged the game-show host to sport the singer-bassist’s iconic Demon makeup and costume. Trebek obliged, and the clip was shared online on the official Jeopardy! YouTube channel.

When we caught up with Simmons to discuss his recently announced G² line of Gibson basses and guitars, the Rock & Roll Hall of Famer was kind enough to share his memories of meeting Trebek.

“People only knew Trebek from television, but when the cameras weren’t rolling, the guy had a potty mouth,” began Simmons. “We traded lots of, as they used to say in the 1800s, off-color jokes. He was a funny guy and very kind and brave. I said, ‘You’re going to be putting on KISS makeup.’ [He said,] ‘Okay, let’s go.'”

The KISS rocker continued, “And we’re both immigrants. He was from Canada, I’m from Israel. And it was this kind of [joint feeling of], ‘What an amazing country, where there are no limits to the heights you can achieve in America.’ And you can’t do that in Canada or Israel, no matter how ambitious and hardworking you are, there’s a ceiling. You can only go so far.”

Simmons added, “Merv Griffin, who was actually was over my house once, not only created Jeopardy! and Wheel of Fortune, he also wrote the music to both of them,” before turning his attention back to the Jeopardy! host. “Who else has got a history like Trebek? I haven’t heard anybody say a bad thing about him. Lovely guy.”

Simmons hopes to hit the road with KISS at some point this year to continue the band’s farewell tour, which was ground to a halt last year due to the pandemic. A North American leg has been rescheduled to begin in August of this year.

See Gene Simmons and Alex Trebek donning full Demon makeup in the video below. Stay tuned for more from our interview with the KISS legend, including details on his G² line of guitars and basses, his reflections on Trump’s presidency, and the secret to his longtime friendship with bandmate Paul Stanley. 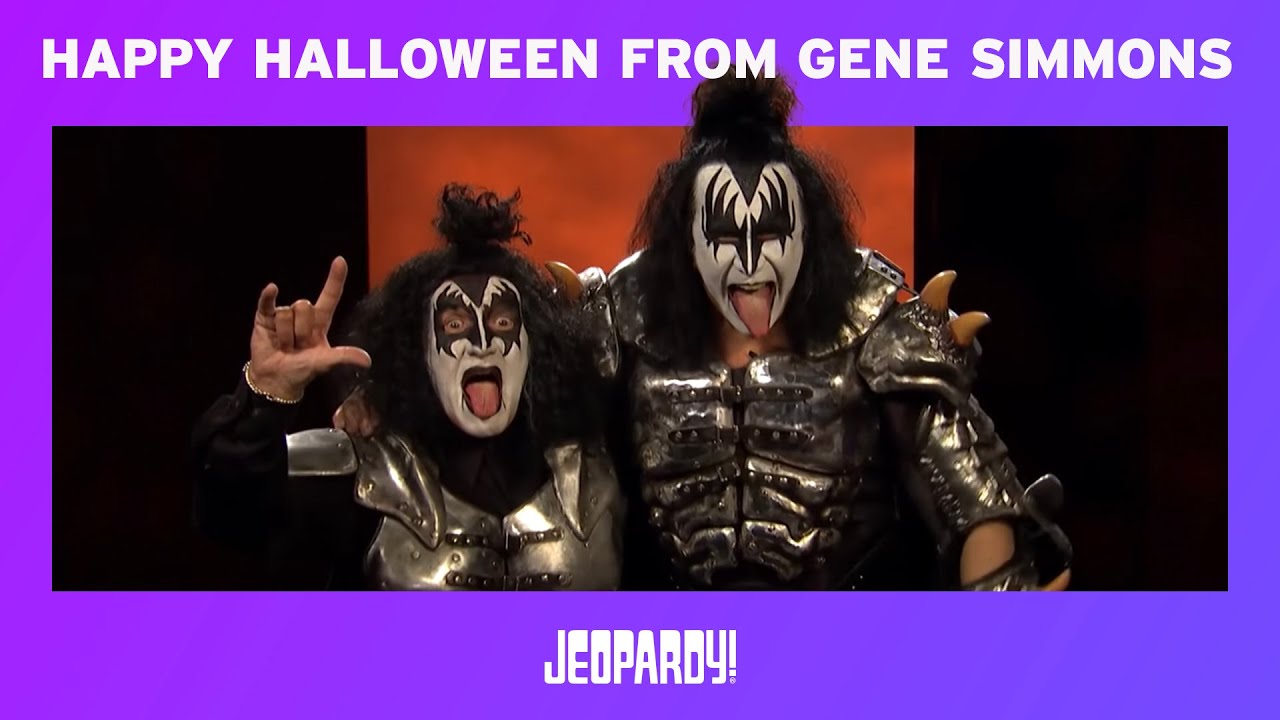 KISS' Gene Simmons Recalls Alex Trebek Putting on the Demon Makeup: "He Was a Funny Guy"