Roger Waters has shared a new recording of “The Gunner’s Dream” alongside a black-and-white video of himself performing it in the studio. The track originally appeared on Pink Floyd‘s 1983 album The Final Cut, which served as Waters’ last record with the band before they parted ways.

Lyrically, “The Gunner’s Dream” imagines a post-war life where the world is free from tyranny, terrorism, and cruelty. The new version arrives mere weeks after we watched insurrectionists attack the US Capitol and just two days before their leader exits the White House.

According to a statement from Waters, he started to revisit “The Gunner’s Dream” after recently watching a historical movie. “Last night I watched the 2013 documentary film The Man Who Saved The World. The man’s name is Stanislav Petrov,” he said. “The year before Stanislav saved the World, in the year 1982, I wrote a song [called] ‘The Gunner’s Dream’. It’s weird to think that had Stanislav not been in the right place at the right time, none of us would be alive. No one under the age of 37 would have have been born at all.”

“It is acknowledged by all but the cretins amongst us that nuclear arms have no value. It is also acknowledged that they are a ticking bomb and we ignore them at our peril. Accidents happen. The Stanislavs of this world are a rare breed. We’ve been extraordinarily lucky. If I ruled the world, I would heed the words of the wise; I would get rid of nuclear weapons first thing tomorrow morning on Dr. King’s name day. Of course no-one can rule the world. The world cannot be ruled. It can only be loved and respected and shared if we’re still here in the morning.”

Waters looks deeply moved during his performance of “The Gunner’s Dream” in the accompanying clip, particularly during the piano parts. He was joined by past collaborators Lucius, as well his own bandmates in guitarist Dave Kilminster, drummer Joey Waronker, and bassist Jonathan Wilson. Watch it down below.

Although Waters is digging back into the Pink Floyd catalog, don’t expect him to have a change of heart about reconvening with his bandmates anytime soon. A few months ago, he was as adamant as ever that reuniting Pink Floyd would be a terrible idea.

Last year, Waters released his new live album Us + Them and stayed busy in quarantine by performing Pink Floyd deep cuts, covering John Prine classics, and slinging insults at both Donald Trump and Joe Biden. He also came under fire for pushing anti-semitic comments and berating David Gilmour over his Pink Floyd ownership claims, neither of which were a good look for the iconic classic rocker. 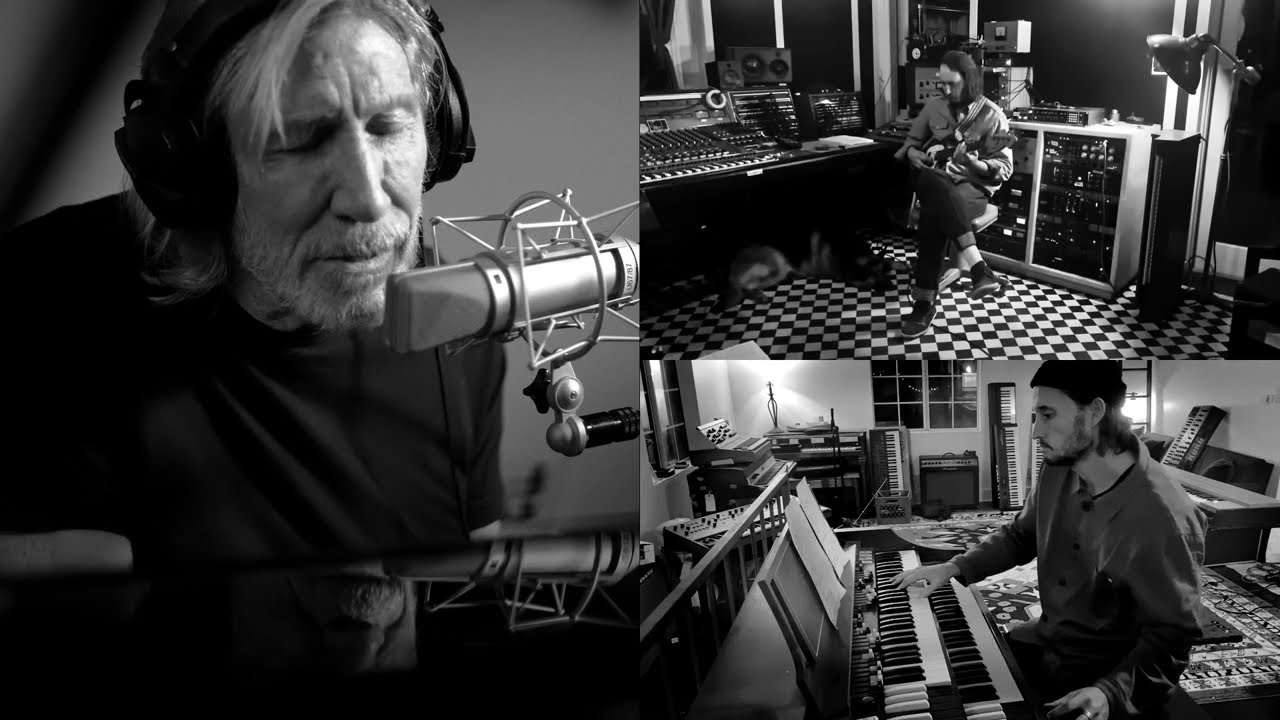