Halloween may be long past, but Danny Elfman has creepy treat for us. The beloved composer has returned with a new solo song called “Sorry” and an accompanying video.

The expectedly eerie offering is only the second solo song Elfman has shared in the last 36 years (!), following last fall’s “Happy”. Like that tune, “Sorry” is being released via the indie labels ANTI-/ Epitaph Records, which feels like an interesting home for the guy who made the Nightmare Before Christmas soundtrack.

In a statement, Elfman said “Sorry” is “the first song I’ve written for myself in a long time,” and detailed its “alien” beginnings,

“It began as an obsessive choral-chant instrumental work, which at the time I called ‘alien orchestral chamber punk’ and evolved slowly into a song. I was surprised by the amount of rage I’d been storing inside myself which came bursting out as soon as I applied my voice.”

The single’s equally bizarre video was animated by Jesse Kanda, known for his work with Björk, FKA twigs, and Arca. The clip was actually originally created for Elfman’s since-postponed Coachella 2020 performance. Stream it below.

According to Elfman, he has plenty more music on the way. The 67-year-old composer plans to drop a new song on the 11th day of each month throughout the rest of 2021. He didn’t give any hints as to what the music will sound like or whether any of the releases will be collaborations — just that he’ll been focusing on the element of surprise.

“I need to push myself into new territory with fresh challenges as much as I can and whenever I can,” Elfman remarked. “I am told I have a recognizable style but my greatest pleasure is when I can surprise the audience with my music.” 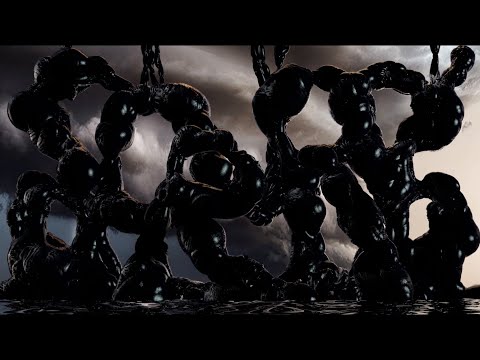