Back in August, the world mourned the death of Americana songwriter Justin Townes Earle. Now, father and country legend Steve Earle has paid tribute to his late son with a new covers album called J.T., and it’s streaming below via Bandcamp.

J.T. comes today (January 4th), on what would have been Justin’s 39th birthday. It consists of 11 covers, all pulled from throughout Justin’s discography. There are favorites such as “Harlem River Blues” (2010)  “Champagne Corolla” (2017), and “The Saint of Lost Causes”, taken from Justin’s 2019 album of the same name, which proved to be his last. Other songs that appear on J.T. include “I Don’t Care”, “Turn Out My Lights”, and “Last Words”.

In a statement, father Steve said the “record is called J.T. because Justin was never called anything else until he was nearly grown. Well, when he was little, I called him Cowboy.” He added, “For better or worse, right or wrong, I loved Justin Townes Earle more than anything else on this earth. That being said, I made this record, like every other record I’ve ever made. . . for me. It was the only way I knew to say goodbye.”

Steve Earle on Using Ghosts as a Writing Tool

According to Steve, 100% of the artist advances and royalties from J.T. will go to a trust for Justin’s daughter, Etta St. James Earle.

Steve named Justin after his own musical mentor, Townes van Zandt. However, the father and son had a complicated relationship for decades. Steve left Justin’s mother when he was just two years old, and Justin only returned after his father got sober. But substance abuse would continue to effect their family dynamic — even at the very end. Steve ultimately fired Justin from his band due to Justin’s own struggles with drugs. And over the summer, Justin’s cause of death was a “probable drug overdose.” 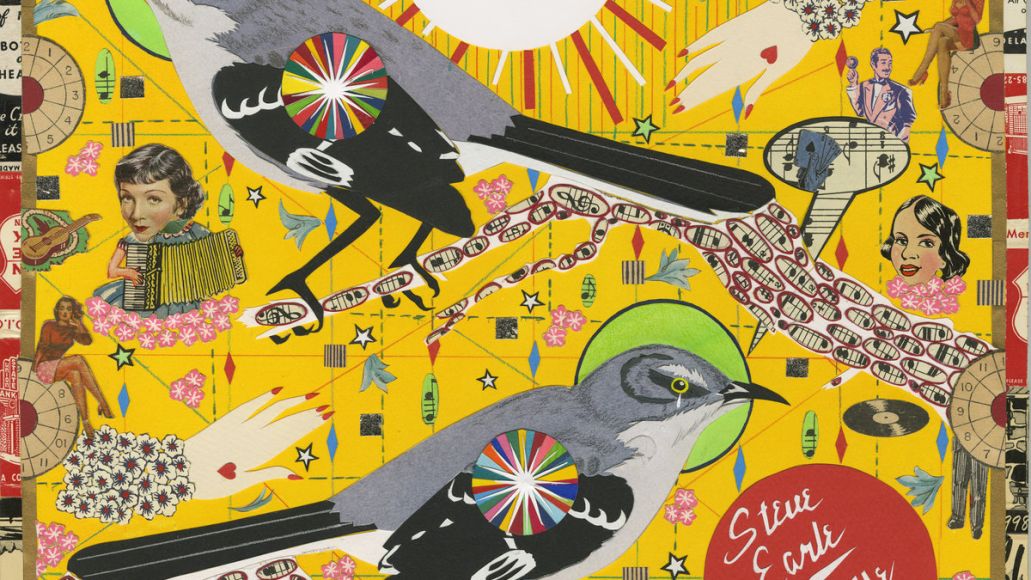