System of a Down have announced a livestream fundraising event, which will include the premiere of the music video for their recent single “Genocidal Humanoidz”. The stream will take place on January 30th, and will benefit wounded soldiers of the Defense Army of Artsakh and Armenia.

“Genocidal Humanoidz” was one of two new System of a Down songs unleashed in November, marking the band’s first new music in 15 years. Along with the track “Protect the Land”, the songs were recorded and released to raise money for the Armenia Fund, after Armenia and its neighboring state of Artsakh suffered war crimes at the hands of Azerbaijan and Turkey. Within a week, the songs helped raise more than $600,000 for the cause.

While “Protect the Land’ was accompanied by a video, “Genocidal Humanoidz” was released solely as an audio track. Now, fans will get to see the music video as part of the livestream event, as well as see the band welcome a number of guests to talk about the recent conflict in Artsakh. A description in a press release reads:

“In the tragic aftermath of the most egregious violence to affect the area since 1994, soldiers for the Defense Army of Artsakh and Armenia (many of them volunteers) suffered war crimes at the hands of the invaders- Azerbaijan abetted by Turkey and their Syrian mercenaries. These young men, wounded in the conflict, remain in dire need of prosthetics, advanced treatment, and medical care. SYSTEM OF A DOWN is hosting the Livestream in order to raise money to rehabilitate and outfit soldiers who have lost arms and legs with life-changing prosthetic limbs. Additionally, funding will benefit the introduction of groundbreaking laser therapy for the treatment of chemical burns from banned white phosphorous weapons. All proceeds from the Livestream will be donated to this noble cause.”

Serj Tankian on System of a Down: “As Long As We’re on the Same Page, We Can Continue Doing Stuff”

The event itself will be free to watch on the band’s YouTube channel, with the opportunity to make donations throughout the stream. It begins at 9:00 am PT / noon ET on January 30th, with the “Genocidal Humanoidz” music video premiering two hours later at 11:00 am PT / 2:00 pm ET.

In a recent interview with Apple Music, System of a Down singer Serj Tankian suggested that the band can continue to create new music “as long as we’re on the same page.” The vocalist’s political activism is the subject of a new documentary, titled Truth to Power, which premieres on February 19th. 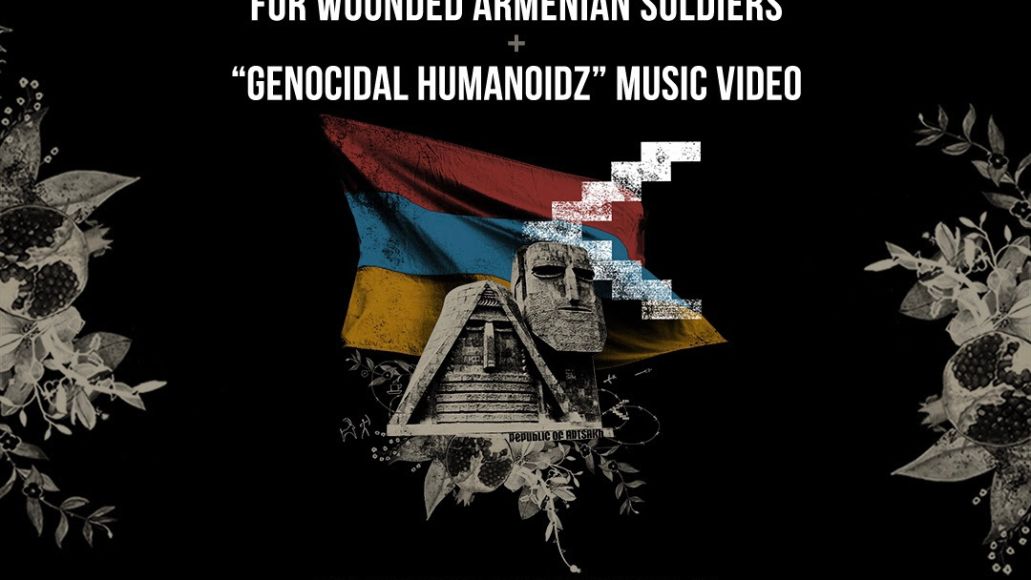 System of a Down Announce Livestream Fundraising Event