In the press release for their new LP, Weezer (or more likely, Weezer chieftain Rivers Cuomo) announced, “OK Human was made at a time when humans-playing-instruments was a thing of the past. All we could do is look back on ancient times when humans really mattered and when the dark tech-takeover fantasy didn’t exist.

“We had no click track or loops or hi-tech sounds. Not even an electric guitar,” the statement affirmed.

It was the kind of thing you’d expect from a band that’s been around for close to 30 years and built their reputation on big, glorious power chords. However, it’s kind of weird coming from Weezer, since the band’s last album (Black Album, released in 2019) is almost entirely built on loops and “hi-tech sounds.”

But if you’re a fan, the abrupt about-face should come as no surprise. It’s just another day in the life of a Weezer enthusiast.

Maintaining an emotional attachment to or any sense of expectations with Weezer isn’t easy. Not because the group is making consistently subpar music that lowers your hopes, but because there’s just no idea what a new Weezer record is going to sound like from one to the next. Sometimes, it’s not even clear that the band believe that sound will be something the audience is even going to like.

In 2019, I interviewed bassist Scott Shriner in advance of a Weezer-Pixies show in glorious Albany, NY. The Black Album was about to come out, and early in our conversation, I mentioned to Shriner that I enjoyed it. That must have stuck with him, and as our 15 minutes wound down, he asked a question.

“Did you really like it, or are you just bullshitting me to make me feel good?” he inquired.

“Honestly, the first time I listened, I thought, ‘What the fuck is this?’ But, by the third listen, I was like, ‘This isn’t bad!’”

I was telling the truth. As a white dude on the back half of his 30s, I’m genetically predisposed to favoring the first two records, and no surprise, I do. But, and I’ll preface the following by noting this is a wildly ludicrous thing to say, if you can peel away the attachment to what you like best about Weezer and what made the group famous, there is in fact a lot to like about The Black Album. “High as a Kite” mixes the dreamy with middle-aged melancholy while “Living in L.A.” and “The Prince Who Wanted Everything” are fun pop-rockers. Of course, setting all that aside and taking a project for what it is (and not what you would prefer it to be) requires some adjustment.

As a Weezer fan, you can get used to doing that, but sometimes the band’s actions necessitate immediate and frequent adjusting. While fans had to wrap their minds around the synths, preprogrammed beats, and overtly poppy hooks, they were also still trying to reconcile the fact that a tweet from a 14-year-old girl prompted a note-for-note rendition of Toto’s “Africa”, which became the band’s biggest hit in a decade and spawned an album full of (mostly) 1980s covers dubbed Teal Album.

Cuomo claimed that the track selection of Teal Album was determined through using data from Spotify. He also stated that the lyrics to Black Album were created using a spreadsheet of old lyrics arranged to reflect the format of the songs most popular online. This data-centric approach is weird, to be sure, and this clinical approach seems at odds with the band that rose to prominence with the hooky, heartfelt anthems of Blue Album and created a cult classic with the raucous emotional mess of Pinkerton.

In the years prior to Black and Teal, it seemed like Weezer had re-embraced a bit of their classic sound and incorporated a bit of warm, California-rooted nostalgia. That came after a five-year pursuit of a mainstream pop breakthrough that featured Butch Walker coming into provide a glossy sheen, cover tunes for Cars 2 and Shrek Forever After, and a decision by Cuomo to stop playing guitar live. The combination of Everything Will Be Alright in the End and White Album in the mid-2010s served as palette cleansers, and the band seemed to resume their niche as purveyors of sturdy, enjoyable power-pop.

Ranking: Every Weezer Album from Worst to Best

Of course, the success of “Africa” blew that theory out of the water, and it seemed like, in response, Weezer alternated between doubling down on kitschy musical meme-making for cash and experimental pop. The former is kind of true, but also unfair. If you happened to catch them on tour in 2019, it was apparent that the band were in on the absurdity of it all and having fun with the situation. As for the latter, well, Red Album in 2008 showed Weezer are more than willing to take risks and try something new.

If you were having a hard time accepting the early 2019 incarnation of Weezer, that struggle didn’t last all that long. By the fall, the band were teasing their next project, Van Weezer. Noting that fans at shows seemed to particularly love it when he would uncork some finger-tapping and guitar pyrotechnics, Cuomo promised a shredfest and referred to it in an interview with Entertainment Weekly as “back to big guitars” and “Blue Album-ish, but a little more riffy.”

The most excellent Bill and Ted Face the Music, oddly enough, offers up the proof of that. Buried in the end credits, after a fine (but forgettable) Cold War Kids song, is “Beginning of the End”. More often than not, a band’s contribution to a movie soundtrack is nothing revelatory. Maybe it’s a cover, a different edit of an older single, or a random, unexceptional B-side. Of course, Weezer didn’t provide a throwaway and instead offered what is quite possibly their best song in decades. 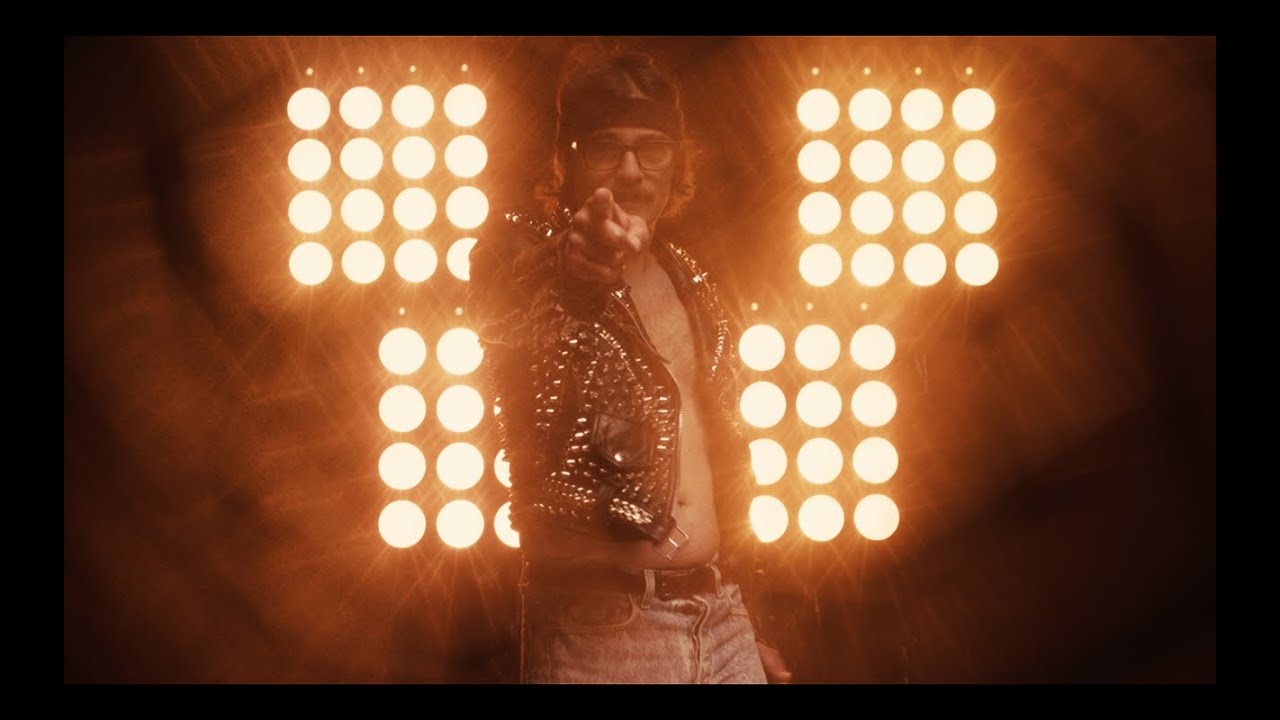 “Beginning of the End” touches on the ‘80s metal Cuomo has alluded to throughout the years while maintaining the melodic structure that first brought Weezer to prominence. It has something to offer fans hooked by “Undone (The Sweater Song)” and “Beverly Hills” alike and certainly helps to build positive buzz for Van Weezer in advance of its May release.

But Weezer being Weezer, there’s another curveball coming this week in the form of OK Human. Rooted in piano and strings and initially inspired by Nilsson Sings Newman, OK Human is a quirky, introspective, ‘70s-inspired pop record. Recorded around the same time as Van Weezer, it’s the opposite of a riff-tastic arena rock album.

While every new single, every sonic choice provokes intense discussions amongst the fanbase, the creative decisions behind OK Human really shouldn’t be all that surprising or confusing to anyone who’s a fan. There’s a couple of reasons for that. First, Cuomo has always had an ear for that style of classic pop; just listen to the hooks on “Island in the Sun” and “Say it Ain’t So” for proof of that.

Second, and this is a big one, it’s Weezer. Time and again, when you think the band are going to zig, they zag. You may absolutely love it. You may utterly despise it. But either way, neither reaction will come as a real shock to the system. After all, it’s a common part of the Weezer experience.