The Lowdown: Six years after returning to the synthesizer for 2015’s Lost Themes, the Master of Horror is back for more with its second sequel: Lost Themes III: Alive After Death. Once again, John Carpenter is working alongside his son Cody Carpenter and his godson Daniel Davies, a collaboration that’s only grown stronger with time. “We understand each other’s strengths and weaknesses, how to communicate without words, and the process is easier now than it was in the beginning,” Carpenter has stated in press releases leading up to its release, adding: “We’ve matured.” That growth is evident in all 10 tracks of his latest opus, and the tagline is thus: John Carpenter is back, and this time we’re ready.

The Good: Synths and piano have forever been the easiest flexes for Carpenter. He didn’t just corner the market, he created it, having inspired countless composers who all eventually reference his work given a long enough time. So, it’s hardly surprising that the more synth-driven tracks on Lost Themes III are all slices of pumpkin pie. What’s surprising, then, is how seamless the six-string drills into these compositions, which is something of a rarity for Carpenter. In the past, the guitar has often felt like The Shape to his Dr. Loomis, eluding the Master of Horror by overpowering his works. That’s just not the case here as Davies curiously finds all the right tones, a marriage that speaks to that maturity.

It’s in the Western wash of “Dripping Blood”, it’s in the pummeling crunches within both “Weeping Ghost” and “Cemetery”, and it’s certainly in the 3 a.m. spirals that shut down album opener “Alive After Death”. No shade to the Carpenters, who both have their fair share of poster moments, but Davies is the MVP of Lost Themes III. He’s the stealth assassin within Carpenter’s wall of sound, and his electric punctuation is palpable. He brings a swagger that feels like the anthemic smokes of Snake Plissken or Napoleon Wilson. Because whereas the two Carpenters lull you in with their hypnotic rhythms, Davies keeps you on edge, and it takes a hell of a lot of finesse to maintain that for 10 tracks.

The Bad: There’s very little to frown at on Lost Themes III. If you’re one to spend your days listening to Carpenter, this album will more than suffice. Having said that, those who are looking for a grand departure from the 73-year-old composer will likely be disappointed. This third volume is chock full of echoes to the past two Lost installments (and, naturally, his lush back catalogue), which may register as a tad redundant for some fans. “Dripping Blood” feels cut from the same cloth as “Hofner Dawn”, “Weeping Ghost” feels like a distant cousin of “Vortex”, and if you listen hard enough to “Carpathian Darkness”, you’re bound to hear flourishes of Prince of Darkness. In other words, the Carpenter Sound.

Ranking John Carpenter: Every Movie from Worst to Best

The Verdict: That’s the thing. Lost Themes has never felt like a gimmick or a way for Carpenter to dump his unused works into a vestibule. It’s always felt like a celebration, a victory lap, a way to enjoy what he’s created — and why not? When you look around today, whether it’s Stranger Things or every other movie hitting Shudder, Carpenter is there. He’s made his mark, his influence is omnipresent, he’s been grandfathered in. The fact that he’s still creating — and that it’s this vital, this vicious, and this urgent — only further fulfills his moniker as the Master. Come to think of it, this Lost Themes run is the best legacy sequel in this exhaustive era of legacy sequels, and if we’re lucky, the credits will never roll. 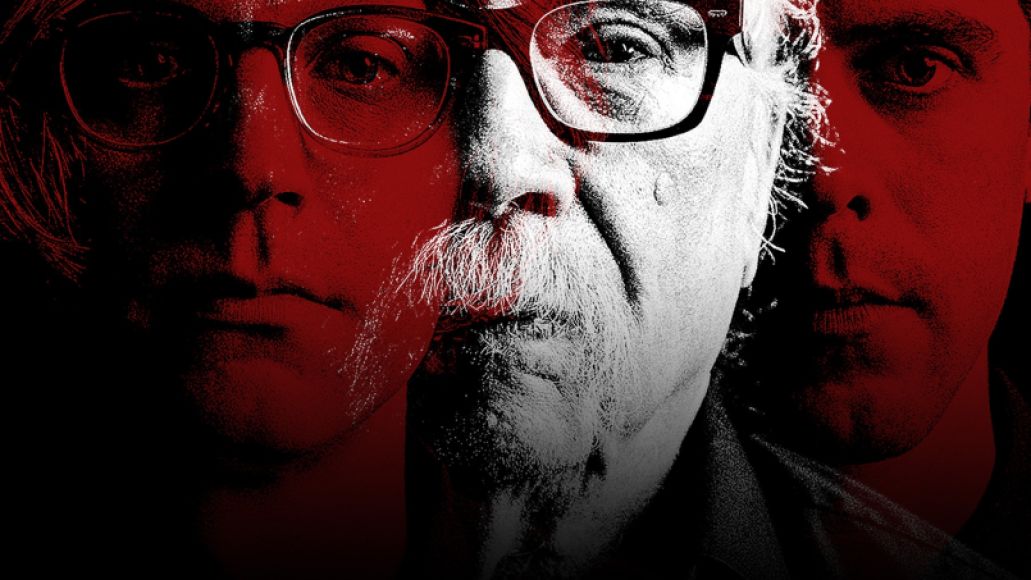